Why Don’t More Cities Tax Based on Value of Land Rather Than What You Put On It? – Next City

Why Don’t More Cities Tax Based on Value of Land Rather Than What You Put On It? 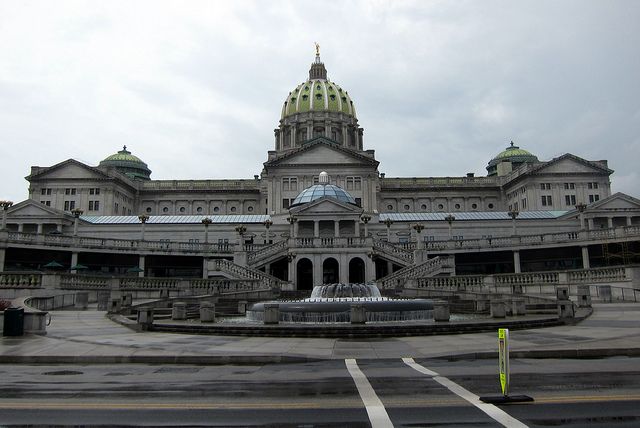 The Center for an Urban Future and NYU’s Wagner Innovation Lab released a report last month for the next mayor of New York City. “Innovation and the City” highlighted 15 policy ideas for whomever wins the race. But, as the report’s authors discovered, when you work on big projects there’s usually a lot of good stuff left on the cutting room floor.

Which is why Innovation and the City: Part II focuses on 25 policy ideas that might not necessarily work in the Big Apple, but could be implemented in other American cities. Sometimes the b-side is even better.

Part II looks at everything from San Jose’s teacher homebuyer program (it offers public school teachers no-interest home loans up to $40,000) to Seattle’s Green Factor program (a zoning code that requires a minimum amount of “permeable surface area” for new development, which improves air quality and mitigates storm damage). And since this is for other American cities — even though some New Yorkers might think they live in the only city in the country — there are a few New York policies the authors think could be useful elsewhere.

You can read the whole report here — it’s pretty succinct — but let’s take a closer look at the split-rate property tax in Harrisburg, Pa., and 20 other Pennsylvania cities.

So developers can’t simply sit on land, unless they want to foot the bill for the taxes. The lower tax rate on improvements has fostered — and incentivized! — more density. You can’t hold on to some parcel without developing it anymore. You have to pay up.

Pittsburgh and Scranton have been using this so-called tax structure since 1913, and they expanded it in 1979, so it’s not like it’s some progressive idea from a Danish urban planning expert’s TED talk. Harrisburg instituted it in 1975 and other cities have been rolling it out since.

As Bergan reported, the idea has attracted some surprising defenders — and predicable foes — along the way:

Milton Friedman, the Nobel laureate and progenitor of free-market economics, once conceded that “the least bad tax is the property tax on the unimproved value of land”…In Pittsburgh, the largest city to employ the strategy, the council hiked the land tax to six times the property billings, in 1989. Eight years later, a review of the city’s practice concluded that it churned out revenues with “no damaging side effects on the urban economy.” Even so, in five years’ time, the city’s unique tax structure was ended, as wealthy homeowners outmaneuvered downtown developers and poorer residents to strike it down.

Those two disparate parties who stood to gain from the system, but failed to defend it, reflect the somewhat unlikely coalition of progressive urbanists and real estate developers forming around value capture proposals. Advocates on the left push for smart growth, additional infrastructure and extensive public benefits, while real estate developers crave more density and fewer harnessing regulations. But what both agree on is a need for new mechanisms to pay for this development. And economists of all stripes often agree that taxing land, rather than the improvements put on the land, generates more profitable, equitable growth.

I’d like to see other municipalities, especially the depopulated urban cores of cities (looking at you, Detroit), take a long, hard look at this tax rate. Dan Gilbert is sitting on so many properties in downtown Detroit right now it’s hard to keep track.

If the city taxed the land higher, it would earn much-needed revenue from the land that isn’t yet being developed. At the same time, it would incentivize owners to build something on the land that would have even more value for the city.

While Detroit is the easy example, this could work in many cities from Philadelphia, where the policy is already a hot topic, to Miami or even a city like Oakland, where gentrification has raised housing costs while the loss of tax revenue from the state’s defunct redevelopment agency has hindered the city’s ability to rebuild more housing stock on vacant parcels.

It keeps greedy developers from holding on to prime real estate — like your friend who, in a heated late-night Monopoly battle, refuses to put hotels on Boardwalk and Park Place because of the costs — and encourages them to build up. Look at it this way: If the developers remain steadfast about sitting on their heels, they have to pony up for their taxes. So the city collects and sooner or later the owners will (hopefully) sell it to someone who wants to build up, or give in and improve the land on their own dime.