From Boston to Melbourne, Cities Will Continue to Lead on Climate Change Resilience – Next City

From Boston to Melbourne, Cities Will Continue to Lead on Climate Change Resilience 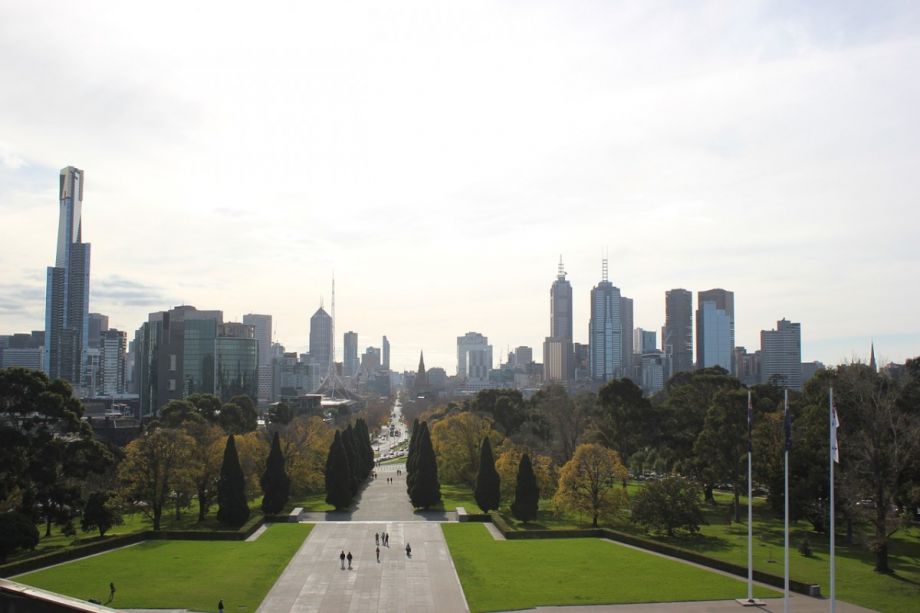 When it comes to adapting to the effects of climate change, it seems that Michael Bloomberg’s favorite adage holds true: Cities act, nations talk. Cities, many facing direct threats from sea level rise, must try to balance competing priorities, protect constituents, convince skeptics and drive action. In this spirit, the mayor’s roundtable last week at Boston University’s Initiative on Cities convened to talk about the unique opportunities and challenges of leading from the urban level when it comes to resilience.

Planned by the late former mayor of Boston Tom Menino, the roundtable drew a mix of different perspectives. J. Christian Bollwage, mayor of Elizabeth, New Jersey, reflected on lessons from the aftermath of Superstorm Sandy. Brian Swett, the head of environment, energy, and open space in Boston, explained the recent resiliency planning work that was being done in response to the city’s significant flood risks. Finally, City Councilor Arron Wood of Melbourne, Australia, discussed his climate change preparedness efforts in the face of disheartening inaction from the national government. (Australian Prime Minister Tony Abbott has been quoted as calling the scientific basis of climate change “absolute crap.”)

Whatever the challenges, there is unique potential for local leaders to improve resiliency under the general mandate to make life better for their citizens. Wood’s catchment areas and urban forest strategies in Melbourne, for example, are easy to sell to city residents as quality of life and urban design improvements. “Green infrastructure looks good and makes a place feel more livable,” said Wood. “From a city perspective, there are a lot of wins to them.”

However, convincing city-dwellers and educating them about resiliency remains crucial, and it’s unclear what kind of a role elected officials should actually play in the process. Mayor Bollwage, who is entering his 22nd year in office in New Jersey, expressed some trepidation about having elected officials as the only ones warning people and informing them of flood risks. “The government needs partners in the education process,” he said. It is often not politically desirable for the mayor to go out into the community and be the bearer of bad news.

Meanwhile, the City of Boston recently released the latest iteration of its Climate Action Plan, which started in 2011 and is updated every three years. The 2014 update focuses on community engagement, as climate change preparedness means preparing the people as well as buildings, neighborhoods and infrastructure.

Boston enjoys more support than most other places in terms of its initiatives on climate change. However, with a recent series of close calls, the stakes have certainly been raised. According to Brian Swett, Sandy was off not in terms of distance, but by a few hours: “If it had hit at our high tide, with the same trajectory, we would have had a 100-year flood event here in Boston.” Since then, there have been three more near-misses, by a total of about 20 hours.

There are significant challenges involved with the infrastructure of the city. Logan Airport and its access network of tunnels and bridges pose major vulnerabilities. As shown in the case of New York, the mass transit system is very susceptible in event of a flood, and Boston happens to have the oldest transit system in the country. Boston also has the fourth-highest financial risk in the country from sea level rise, behind New York, Miami and New Orleans.

Looking forward, there seems to be a need for municipalities, businesses and institutions to collectively make decisions about what resilient infrastructure is worth. “We all want to reduce operating costs initially, and then we complain when it goes out,” says Swett. “We need to have a realistic conversation about how much we’re willing to pay for reliability in our infrastructure.”

There was agreement from all the participants that the economic effects of climate change action should be better explored and communicated. Perhaps most important of all, a better appreciation of the economic opportunity would entail a proper understanding of the alternatives. “Some people think the perceived opportunity of climate change action is the status quo,” says Swett. “But the status quo is not where we’re going. We’re going to a significantly detrimental place where no one wants to be.”