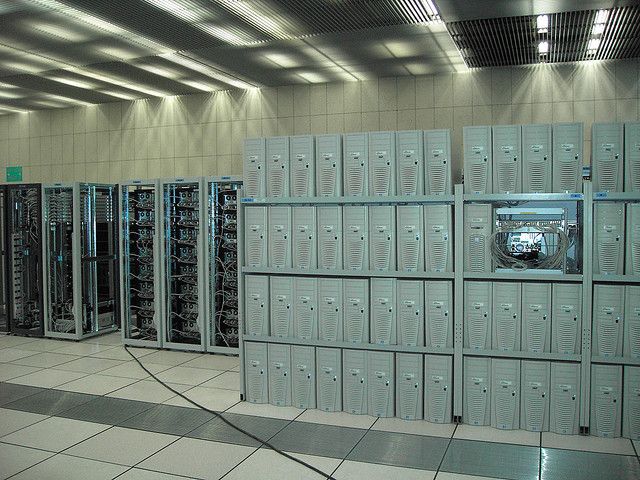 What lured Apple and Google to North Carolina? Perhaps it was the endless green of the Blue Ridge Mountains or the craft beer scene in Asheville? Turns out the Silicon Valley behemoths aren’t diehard Andy Griffith fans. They were just in it for the rather generous subsidies.

Google struck a deal with the city of Lenoir in 2007 to build a data center and server farm — exactly what it sounds like — with an estimated $254 million in subsidies attached to the project. (The 30-year real estate tax abatement is worth $165 million alone.) For a promised 210 jobs. That cost the North Carolina taxpayers roughly $1.2 million per job. Furthermore, reps from Google told me it has only created 150 jobs to date. Sixty to go!

Apple found a willing partner in the city of Maiden, which showered the company with $320 million in subsidies — assuming Apple stays in Maiden for the duration of the 30-year deal — for a server farm that created 50 jobs. That’s $6.4 million per job. At this rate, the city might as well give every resident a bigger tax rebate: It would probably be a more effective stimulus.

The whole premise of job creation and economic development surrounding these server farms and data centers is, for the most part, a mirage. Investing in manufacturing or some sort of assembly creates jobs outside the plant: Parts, maintenance and suppliers. (Not to mention more than 50 jobs inside the plant.) There are obviously some maintenance jobs to keep the servers running, but as a Maiden resident told the Washington Post in 2011, “Apple really doesn’t mean a thing to this town.”

So much for the 3,000 jobs promised to the regional economy in 2009. North Carolina Gov. Pat McCrory’s office didn’t respond to requests for comment about the server farm’s impact on the larger economy and job growth.

It’s not just the subsidies that have tech companies licking their chops, either. There are loads of cheap electricity in North Carolina and a vast water supply to help keep servers properly cooled.

“They’re double dipping. Companies like Apple, which have more cash than they know what to do with, are essentially looking for cheap electricity,” Philip Mattera, research director for Good Jobs First and co-author of the think tank’s extensive megadeals report, told me. “Then they turn around and seek — or at least accept — these big subsidy packages that are meaningless to them financially, but can have a big impact on the states and localities that end up having to give away all this tax revenue.”

These major corporations — and I think it’s fair to throw stones at Google and Apple here — are eating up very valuable tax revenue that could be better spent elsewhere. Like the proposed Atlanta-Charlotte high-speed rail line? Or on other infrastructure projects that might benefit North Carolina cities or the state’s larger economy. Anything but a server farm that creates 50 jobs.

So why do states keep falling for the bait? “I think they’re just desperate for any kind of project, and maybe the fact that it’s a well-known corporate name makes them inclined to overpay for these projects even though they have very little economic impact,” Mattera said. “They don’t create any other jobs.”

It’s not just North Carolina. Microsoft is expanding on 40 acres it owns in West Des Moines, Iowa and seeking $20 million in tax credits for something called “Project Mountain” that will create “at least” 24 jobs. The optimism! In April, the state approved $18 million in tax credits for a Facebook data center in Altoona, which should create 31 jobs.

A witty and enterprising reader of the Des Moines Register wrote this terrific (but also depressing?) letter to the editor:

I read with interest the announcement of a new data center in West Des Moines called, obliquely, “Project Mountain.”

Is it so named to describe the mountain of local and state government subsidy that will be foisted upon it in relation to the molehill of ongoing jobs it will create?

Say it again: The mountain of local and state government subsidy that will be foisted upon it in relation to the molehill of ongoing jobs it will create. We’re all done here. Dave Swenson for Senate.