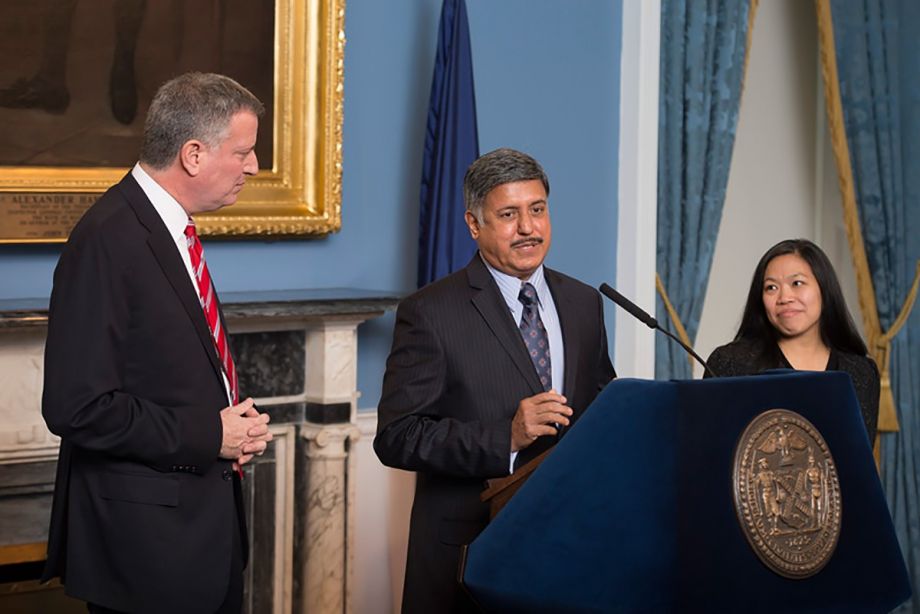 Torres-Springer says she hopes to bring more job opportunities to New Yorkers by helping companies and job-seekers. In an interview with the New York Times, she continually used phrases like “inclusive growth” and “inclusive innovation.” She was chief of staff to the president of the development corporation during Michael Bloomberg’s administration.

Torres-Springer has degrees from Yale and Harvard’s Kennedy School of Government. William Rudin, a developer and chairman for Association for a Better New York, told the Times he thought she was a good fit for the position.

“She was right in the middle of all the things that the Bloomberg administration was doing in terms of economic development,” Rudin said. “She understands the appropriate balance of the different pulls and pushes that go on within the city.”

New Arlington EDC Will Decide How to Spend the Money
Arlington, Texas, is creating an economic development corporation to better plan how to spend the city’s money. Where the city will find funding for the Arlington Economic Development Corp. is unclear, but Jim Parajon, deputy city manager of economic development, noted to the Star-Telegram that such corporations are usually funded by a half-cent sales tax revenue.

According to the Star-Telegram:

November is the soonest the city could conduct the required election for sales tax funding of the agency. The city could allocate up to a quarter cent — all it has remaining of the 2 cents per dollar that Texas cities can keep for themselves after sending 6.25 cents to the state. Arlington has a full cent allocated to bolstering its operating budget, a half cent to paying its share of the AT&T Stadium debt and a quarter cent to improving streets, Parajon said.

Details regarding the EDC will be discussed at an August 4th meeting. According to the Star-Telegram article, some believe the money could be better spent on crime prevention, transportation, parks and jobs programs.

“[Such agencies are] a key tool to achieve broad community objectives,” City Manager Trey Yelverton told City Council at a meeting in June. “But with each choice, you have a consequence of not being able to do something else.”

Boston Bumps Up Funding, Staff for Economic Development
Boston’s economic development staff is expanding with the aim to bring in more business and support the existing business community.

“We are adding a few new employees, particularly around the business development part of the work. It allows us to pay closer attention to certain sectors around our economy, be a point person,” John Barros, head of economic development for Boston, told the Boston Herald.

According to the Herald:

Boston recently hired its first startup czar to be the main person in City Hall to work with and for the city’s fledgling tech companies. Now, Barros said, the city will expand on the idea, bringing in people to run the city’s interactions with sectors including biotech and health services, financial services and education.