How Do Cities Mandate Recycling Without Snooping in Your Trash? – Next City

How Do Cities Mandate Recycling Without Snooping in Your Trash? 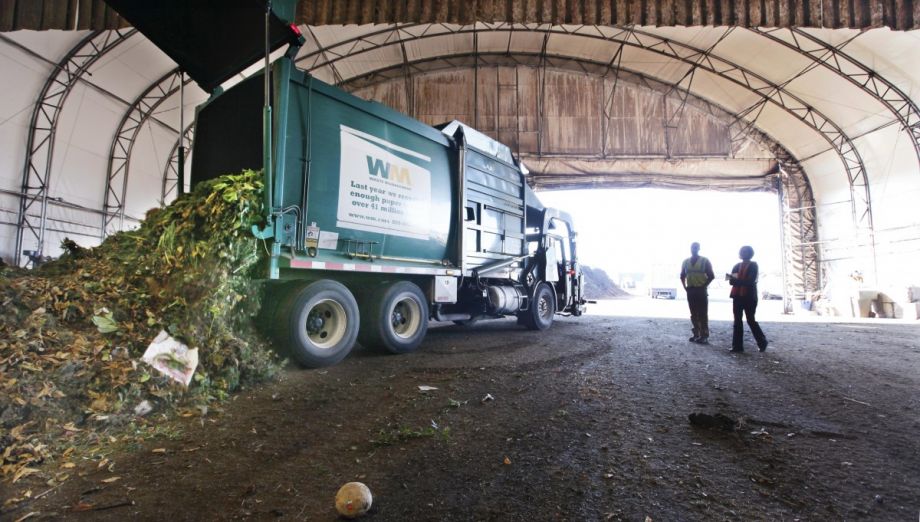 Last month, Washington State’s Superior Court ruled unconstitutional a Seattle ordinance authorizing trash collectors to “visually inspect” residential garbage bags in order to ensure compliance with composting and recycling mandates. In a bid to increase recycling and composting rates to 60 percent of all waste, Seattle requires residents to separate those materials, and prohibits them from tossing such materials in the trash, at threat of a $1 fine for every scofflaw can. For recycling, the ordinance empowered trash collectors to affix an educational tag on rule breakers’ cans if “more than 10 percent by volume” of their garbage bags consisted of recyclable materials. A similar regulation, without a percentage specified, applied to food waste and compostable paper violations.

Not anymore. Mayor Ed Murray indefinitely suspended the implementation of fines last April, so while educational tags were used, fines were never levied on single-family residential customers. Now the new court ruling has struck down all aspects of the composting and recycling regulation that deal with enforcement, on the basis of invasion of privacy, so the placement of educational materials has been suspended too. The court was particularly concerned that in most situations, unless non-compliant items were readily visible, “visual inspections” could not be carried out without some snooping. “The enforcement provisions of the ordinance and implementing rule, on their face, allow trash collectors to open and search the contents of a resident’s garbage bags, even when food waste or compostable paper is not in plain view,” reads the ruling.

Which raises the question: How can cities enforce recycling and composting mandates without peeking in the trash?

“There’s really no easy answer to the dilemma that they have there,” says Frank Franciosi, executive director of the U.S. Composting Council. “I think it’s pretty ridiculous. … When you throw something in the trash, you obviously have no use for it.”

That was the opinion of the U.S. Supreme Court in 1988, when the court ruled in California v. Greenwood that Fourth Amendment protections don’t apply to garbage. That ruling concludes:

It is common knowledge that plastic garbage bags left on or at the side of a public street are readily accessible to animals, children, scavengers, snoops, and other members of the public. Moreover, respondents placed their refuse at the curb for the express purpose of conveying it to a third party, the trash collector, who might himself have sorted through respondents’ trash or permitted others, such as the police, to do so. Accordingly, having deposited their garbage “in an area particularly suited for public inspection and, in a manner of speaking, public consumption, for the express purpose of having strangers take it,” respondents could have had no reasonable expectation of privacy in the inculpatory items that they discarded.

The conservative Sacramento-headquartered Pacific Legal Foundation (PLF), which brought the suit on behalf of several Seattle homeowners, disagreed, and the court ruled in their favor — on the basis of a 1990 precedent that determined police need a warrant to search residential garbage for evidence of crimes. Ethan Blevins, a PLF attorney, says, “We were never looking to have the ban itself struck down.” The firm’s briefing offered up some alternatives for how the city could continue to regulate composting and recycling, without the perceived invasion of personal liberties. The city could create an opt-in program, PLF suggested, by which individuals get a discount on their utilities if they explicitly consent to a search and are found to be in compliance. Those who don’t consent would still be regulated under the ban, but receive no benefits.

Or, says Blevins, the city could get rid of the mandate all together, and just encourage people to opt-in through financial incentives. “In general those sorts of voluntary incentives programs are much more respectful of individuals’ rights,” he says. PLF also recommended the city take more responsibility for sorting at the transfer station.

Seattle Public Utilities does currently make use of several sticks and carrots to encourage diverting waste from landfills. Collection rates for garbage are much higher than for recycling or food waste; residents can double their recycling collection at no extra cost, while paying a premium for extra garbage collection, an approach sometimes called pay-as-you-throw. San Francisco, where composting has been mandated since 2009, uses a similar model. Bags aren’t checked and residents aren’t fined, but landlords are if they fail to provide tenants with the three bins and information on their proper use.

The Seattle ruling didn’t affect multifamily or commercial customers, who are still subject to random monitoring and potential fines for repeated violations. Franciosi says he doesn’t think the loss of residential fines — which at $1 were really a reminder and hardly a threat — isn’t such a problem. “I think you’re better off finding more money to spend on carrots,” he says, like education.

“[Composting] is something that people have to feel good about. …I think it needs to be a better education process from the grade level up, that food scraps are basically an untapped resource,” says Franciosi.

To that end, Seattle Public Utilities sometimes holds compost giveaways targeted to areas with lower rates of compliance. Colin Groark, environmental programs director of Seattle Tilth, an organization that promotes sustainable food systems, says that has the effect of drawing people in and teaching them the value of composting; in order to receive compost, they sign a pledge stating they’ll manage their food waste responsibly.

Franciosi says he’d also like to see cities increase their usage of the compost residents create, and use that to raise public awareness. What if public parks or green stormwater infrastructure projects utilized residents’ compost, and were vocal about it?

“I think it’s [about] incentivizing people, making them think more about where their food comes from, where it’s grown,” says Franciosi. “People don’t want landfills in their backyard, well what’s the alternative?”