The Trouble With Fretting Too Much About Brain Drain – Next City

The Trouble With Fretting Too Much About Brain Drain 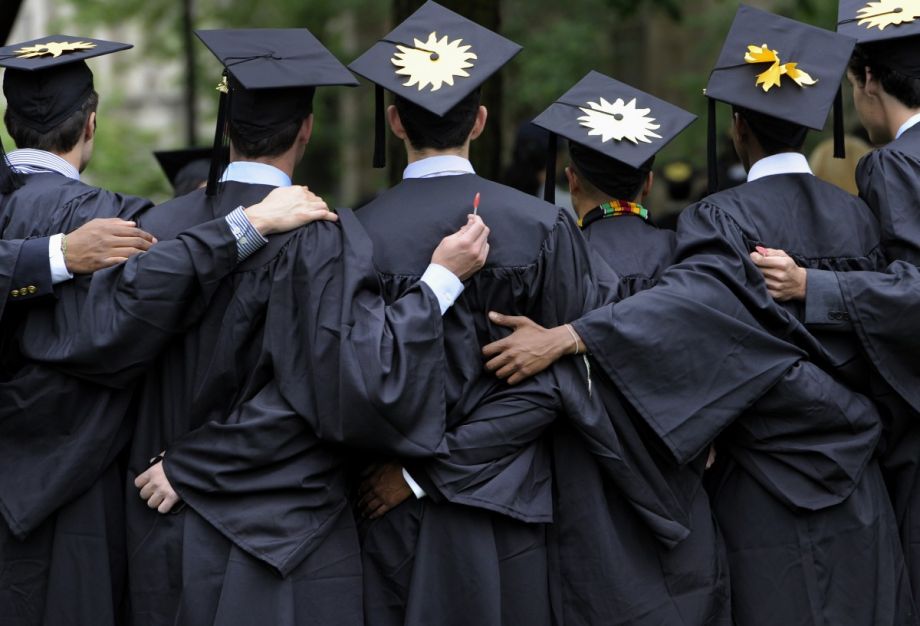 Back in 1999, the Pittsburgh Regional Alliance came up with an idea to curb brain drain. A fictional character named Border Guard Bob, a Barney Fife-type patrolman in uniform, would appear in ads doing things like hitching a bungee cord to the back of people’s car bumpers and telling folks to “Look before you leave.” It was a marketing ploy to prevent residents, particularly young people and those who had come to Pittsburgh to study at one of its universities, from relocating.

Though the anticipated multimillion-dollar TV campaign never rolled out, Border Guard Bob is symbolic of the befuddling, often expensive ways in which cities try to retain their “best and brightest” young workers. Practically every city has complained at some point about the existential threat of brain drain. Michigan created a $100 million “cool cities” initiative in 2003 to redevelop loft spaces that would “retain and attract” a creative class. Philadelphia set out to create thousands more internships a year to stimulate retention of recent grads. UpDayton was founded for the sole purpose of studying and reversing the Ohio city’s brain drain.

Yet, look at current data, and you might start to think cities today are fighting a phantom. And furthermore, the funds they may spend on the battle could be directed to creating more equitable cities for all residents.

An exodus of educated people is an urban legend in almost every instance, according to a new paper called “Brain Gain in America’s Shrinking Cities” by Aaron Renn of the right-leaning think tank the Manhattan Institute. “I don’t think these were all stupid programs, but the problem they were designed to attack is not as serious as they think,” says Renn. He’s not the first to make a case that cities’ handwringing over brain drain numbers is problematic. In a paper released last year, the Boston Redevelopment Authority argued that “neither ‘brain drain’ nor ‘retention’ is a good indicator of how well Boston’s economy performs with regard to its need for younger, college-educated workers.”

An oft-used metaphor regarding Midwest cities is that hemorrhaging young talent is like a leaky tub, with grads flowing to glitzier economies in New York, Silicon Valley and Boston. Renn disputes the notion in his paper, writing, “What this mind-set misses is the running tap at the top of the tub. Though there may be some leakage, the water level (the number of residents with college degrees) is rising.”

He analyzed demographic data from America’s 28 largest “shrinking” cities — those that fit the criteria of being both one of the country’s 100 largest and having experienced measurable population loss and/or job loss — and he says he found the popular rhetoric surrounding brain drain to be misguiding and simplistic. Between 2000 and 2013, the amount of adults with a bachelor’s degree or better grew substantially — by at least double digits — in all 28 metros; in terms of 25- to 34-year-olds, 20 out of the 28 witnessed double-digit gains in degree holders, with only two (Bridgeport and Detroit) registering declines.

Further, Renn found that roughly half of the 28 shrinking cities gained more degree holders than the national average over that span. “I was really impressed to find places like Pittsburgh, Cleveland and Buffalo all go from less educated than America as a whole to more educated.”

Take Buffalo, for example. Renn says the city gained more than 53,000 adults with college degrees, even while it lost 33,000 residents overall. The juxtaposition explodes the notion that brain drain is happening there at all (when in fact, the city ranked in the top 10 gainers among U.S. metros when it came to degree holders over that span), and it also overturns the idea that losing an educated class is an inherent occurrence of deindustrialization.

Upon studying IRS tax return data, Renn found that the Buffalo metro area has the lowest out-migration rate of any major city in the United States. Meanwhile, it has a shrinking job base, a 30 percent poverty rate and a host of other problems — brain drain just doesn’t happen to be one of them.

“I would argue that a lot of these places suffer from too little out-migration, not too much,” says Renn. They’ve become “demographic cul-de-sacs” lacking the dynamism needed to spur more innovation and economic reinvention like what’s occurred in the city of Boston.

What, then, explains the drastic disconnect between the perceived existence of brain drain and the reality Renn reveals? More than anything, it’s how we’ve inaccurately framed the conversation. The most common measuring stick for brain drain has been retention rate, a topic that’s been researched nationally quite little and yet is quoted ad nauseam by local politicians. Atlanta Mayor Kasim Reed complained last year about a 50 percent retention rate out of Georgia Tech.

The coveting of millennials is unlikely to fade, but Renn’s paper is a call for city officials to think hard about how many resources they are directing toward keeping what they consider to be their shining stars.

“Fixing your streets, rehabbing your parks,” Renn says, “there’s a lot that can be done with that money instead.”

For him, the broadest concern about misdiagnosing brain drain has nothing to do with misapplied metrics. It’s about the financial and political capital that’s been committed to an overblown problem.

“When you’re focused exclusively on retaining people with college degrees, you’re focusing a lot on problems of the elite,” says Renn. “But that battle is already won. Let’s turn our attention to more pressing problems, like providing opportunities in impoverished urban neighborhoods that have been left behind.”

Editor’s Note: The statistics about degree holder gains ages 25 to 34 have been updated to reflect a correction made to the study by the Manhattan Institute.