‘Cities Are Good for You,’ by Leo Hollis: A Book About Another Book – Next City

‘Cities Are Good for You,’ by Leo Hollis: A Book About Another Book 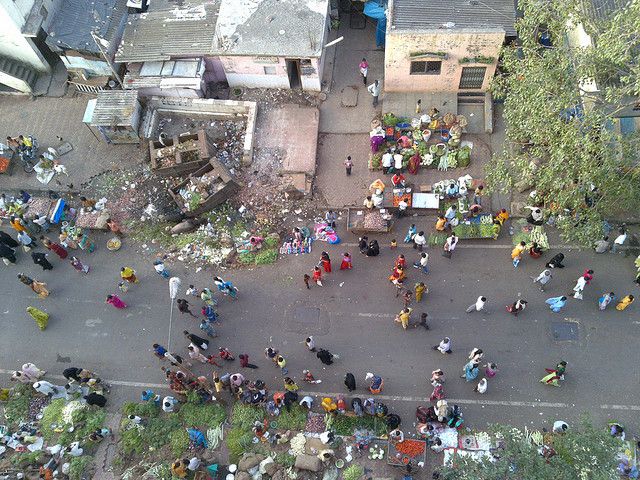 The Mumbai slum of Dharavi. Credit: Mark Hillary on Flickr

Leo Hollis’ new book, Cities Are Good for You: The Genius of the Metropolis, is not a book to “like,” exactly, but if you’re a regular reader of this space then it perhaps covers all the things you might like. I was with Hollis on his premise — that every way of life has its drawbacks but, despite these, cities are good for you, and are even better for all of us — before opening the front cover. That said, while reading I kept going back and forth about whether the book is good for us, meaning urbanists.

As Will Self wrote over at The Guardian, the book at its best highlights some of the most impressive developments in the best cities, which make it possible for more and more people to live together in healthy urban environments. Yet I was almost halfway through, reading through examples like those listed below, and struggling to figure out the precise point of Hollis’ writing. It felt like so much cheerleading that only folks who already agreed with him would read. I suspected his point, but wasn’t confident until I reached the last item on the list below, and that’s when I figured out why, though I enjoyed many parts of it, I can’t recommend Cities Are Good For You as a whole with much vigor.

Before I begin the list, though, let me tell you what I think Hollis is driving at. What’s best about cities, he thinks, is the diverse, organic activity and problem-solving that starts at the street level, as Jane Jacobs described it in The Death and Life of Great American Cities. Hollis wants those who haven’t read that book to do so, and to persuade those who have already read Death and Life to read it again. And it is hard to find another book about cities that got so much right as Jacobs’ first opus. Yet Hollis illustrates how taking something right too far ends up making it wrong.

But back to the compelling stuff. In Cities Are Good for You, you’ll learn about many important urban developments — some good, some bad, but all remarkable. They include:

Engineering that takes the waste from one system and uses it as an essential input in another is precisely the kind of macro, big-picture solution needed to help overcome climate change. Yet Hollis moves from a quick visit to this remarkable innovation (one that is spreading, albeit slowly) to dwelling at length on the 2009 documentary No Impact Man. It wasn’t until I read Hollis transition from a utility-wide system of maximizing energy efficiency to one Manhattanite’s long anecdote of personal virtue that I realized how far the author was willing to take his street democracy thesis. In the face of the coming climate change catastrophe, he argues that we await solutions that will arise organically.

Yet much of what needs to be done is clear now. California has kept its per-person electricity useage flat since the 1960s, and that isn’t because of some Golden State consensus to turn the lights off when folks leave a room. It was thanks to policy decisions made in Sacramento in 1970s.

Sweeping change from the top must be balanced with informed involvement by the citizenry, but Hollis takes the notion to an absurd extreme. There’s no question that the state sometimes has to impose rules and systems for the good of everyone, and waiting for the people to agree on their own can simply take too long. Put another way, can you imagine a subway line built by Kickstarter?

Hollis writes that the three pillars of successful future urban policy will be sustainability, trust and equality. Fine, but it is this pillar of trust around which he builds most of his argument for street wisdom. In fact, he so repeatedly asserts the fact that trust is diminishing that I found myself asking what units he uses to measure “trust.”

In a lot of ways, Hollis’ book was like reading a review of some of the best points made in other works we’ve covered in the Book Club over the last year, and corroborating their conclusions. The chief problem with Cities Are Good for You is that it seems to operate from this assumption that its author is somehow a consensus builder around those facets of city life in which urban areas could be doing better. Over and over again, he underlines areas in which policymaking could improve, and concludes his thinking with a statement usually beginning with “we need…” or “we must…” It’s presumptive.

Others have written already that this volume is short on solutions, but surveys like Hollis’ are ill-suited to policymaking. I don’t fault him for opting not to toss off a series of alternative policies. The book does, however, leave you a sense that you’re a member of some team that’s been given this extensive to-do list, but you’re neither clear on the authority of the person who has given the work to you nor on whom your colleagues are.

Read simply as a catalog both what’s going right in cities and of what remains much too wrong, Hollis’ book is a decent starting place. What one should do with his string of anecdotes, however, may leave a reader perplexed. That said, I have quite a list of projects he describes that I want to follow up on myself. That might, in the end, be the best use of this volume — of finding what you’d like to get involved in figuring out.