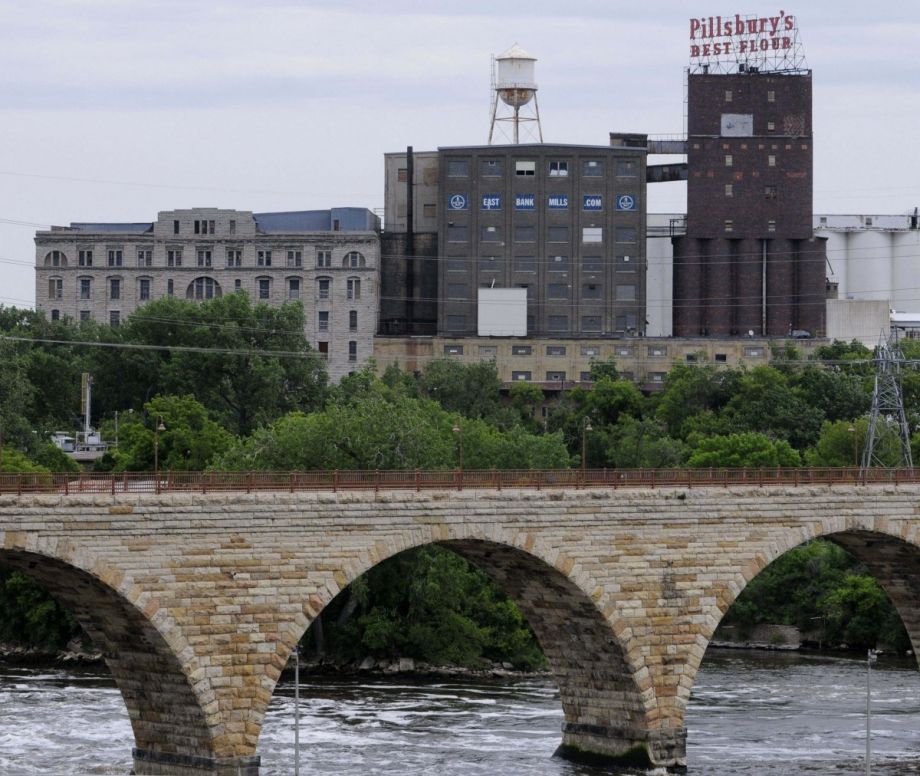 The old Pillsbury mill, a national historic landmark in Minneapolis, has been converted into artist lofts. (AP Photo/Jim Mone)

When the root causes of gentrification are being discussed, artists and arts groups often get caught in the cross fire. But while the arrival of sculptors, mixed-media painters and the like may foreshadow rising rents, there are many artists who struggle to afford city life. Across the country this week, several cities took steps to ease that struggle.

Mayor Bill de Blasio Touts Affordable Housing for Artists
In New York, Mayor Bill de Blasio used his State of the City address on Tuesday to highlight his plan to create 1,500 new units of affordable housing for artists by 2024. This move will bolster New York in its aim to remain the cultural capital of the country. (In December, the executive director of Brooklyn’s Galapagos Art Space announced a relocation to Detroit, saying, “New York City has simply become too expensive for us to be able to function as an art space.”)

In addition, de Blasio’s plan designates that 500 workspaces will be developed, with one of two city-owned sites for those to be selected by the end of the year. Funding will come from the Department of Housing Preservation and Development, the Department of Cultural Affairs and private foundations.

Brokelyn does point out that 1,500 units is still a drop in the bucket when considering the number of New York-based artists struggling to make ends meet. When applications for the Artspace PS109 building in Harlem opened up last year, around 53,000 people applied for just 89 units.

$200K Grant for Live-Work Spaces in Nashville
Also on Tuesday, the Nashville Scene reported that a local nonprofit CDFI, the Housing Fund, has received a $200,000 grant from the Kresge and Surdna foundations to help lower- and middle-income artists buy, rehabilitate, and construct live-work spaces in Nashville and Davidson County. (Next City receives funding support from the Surdna Foundation.)

“Musicians, artists, designers and creative entrepreneurs add the special sauce for our community,” Jennifer Cole, executive director of Metro Nashville Arts Commission, said in a statement. “Increasingly, artisans and creative small business owners are challenged by finding affordable housing and production space. As a city, we must support those individuals who write the songs, make the belts and boots and design the things that make us Music City.” (The Next City feature “Why Nashville Is Still America’s Music City” has more on how Nashville supports its artist population.)

Minneapolis to Open Artist Lofts in Historic Landmark
In adaptive reuse news, the A-Mill Artists Lofts will be opening this summer in Minneapolis. One of only four national historic landmarks in the city, the former Pillsbury mill shut down in 2003. It has now been converted into a 251-unit apartment building at an estimated cost of $156 million, with $46 million coming from state and federal historic tax credits. The average rent will be $974.

The developer of the loft building, which is located on the east bank of the Mississippi River, is spending $200,000 to remove and restore the building’s iconic “Pillsbury’s Best Flour” sign, replacing the neon components with LED technology. The building will also offer community spaces such as a dance studio and multiple art galleries.