What 22 Million Rides Tell Us About NYC Bike-Share 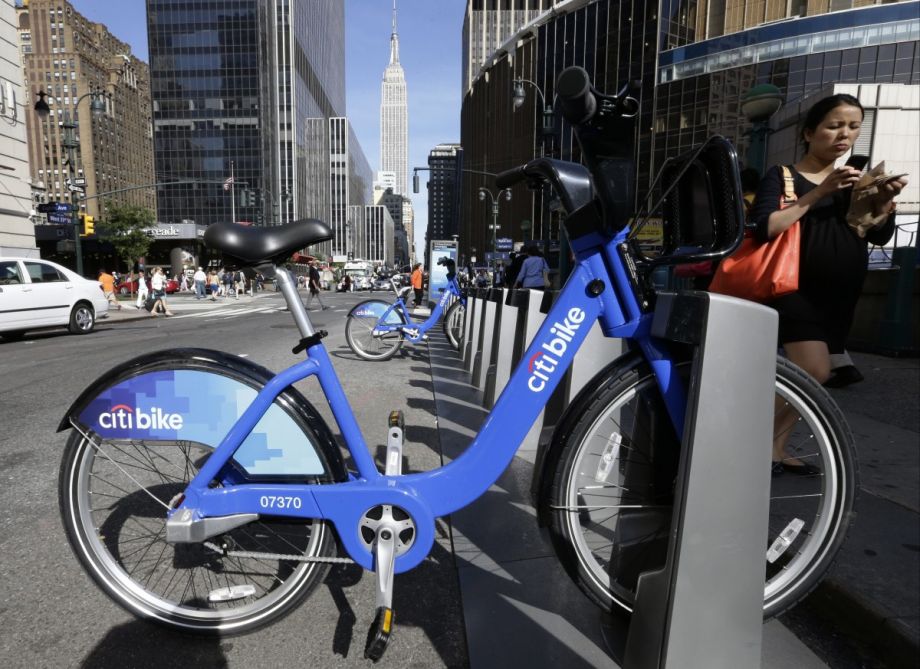 More than 10 million rides were taken on a Citi Bike in New York City in 2015, and public data released by Citi Bike suggests that many of those trips were commutes to or from work.

Todd Schneider, who writes software at Genius, analyzed the data gathered between July 2013, when the bike-share began sharing data publicly, and November 2015, a total of 22.2 million rides. Schneider only included trips where the bike was dropped off at a different station than where it was initially taken out, and also assumed that riders follow Google Maps biking directions between the two stations. Naturally, this doesn’t account for people who take a meandering route between stations for any number of reasons.

In all, the times and routes of rides follow commuting trends, suggesting that the bikes are used primarily for utilitarian purposes. Most rides take place during weekdays, with peak hours during 8 to 9 a.m. and 5 to 7 p.m., and follow similar traffic patterns as cars. For example, while the bikes are predominantly used in Manhattan (88 percent of trips start and end in Manhattan), there is a strong peak in trips from Brooklyn to Manhattan in the morning, while the reverse is true in evenings. Rides taken during weekends tend to be spread out during the afternoon. 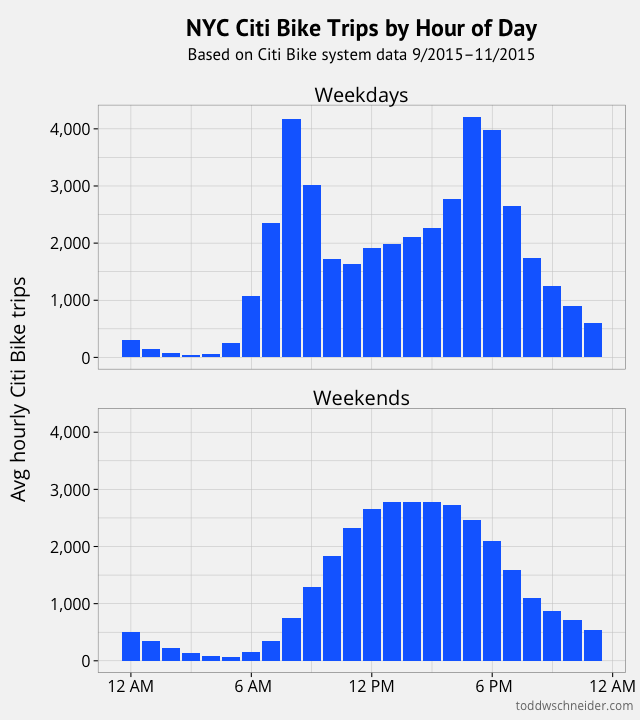 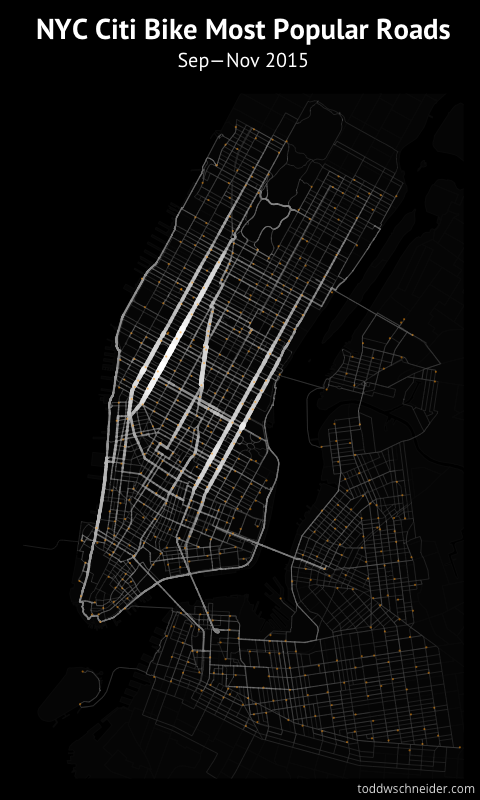 Not surprisingly, rides dropped during colder months, rainy days and particularly on days with any snow at all.

The 10 million Citi Bike rides taken in 2015 is significantly less than the 175 million taxi trips or 35 million Uber rides New Yorkers took last year, but does mark a 24 percent increase in ridership from 2014. Part of that increase is probably from the addition of 2,400 bikes and 138 new docking stations throughout NYC during the past year. There are currently 7,500 bicycles in the system, and Citi Bike plans to have 12,000 bikes and more than 700 docking stations by the end of 2017.

Schneider’s analysis lends statistical support to the Bikeshare Transit Act, introduced by two U.S. representatives earlier this month. The bill would define bike-shares as transit to further open the gates to federal funding. Supporters of the bill say that bike-shares are an important mode of transportation for many, and shouldn’t be treated as businesses catering primarily to tourists.

For a deep breakdown of how he calculated his data, and to see a mesmerizing animation mapping out rides taken over a 24-hour period in September, visit Schneider’s blog.