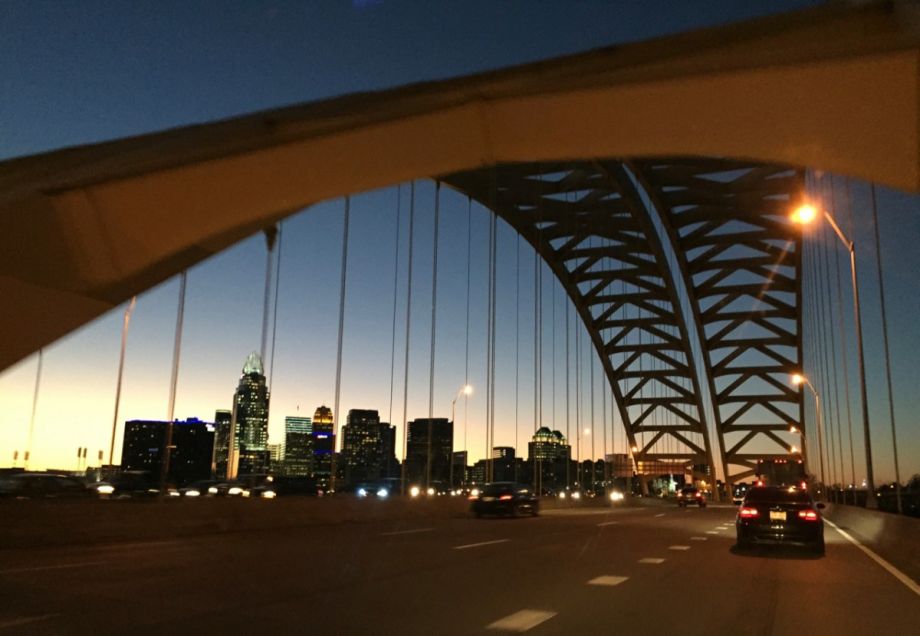 Thomas Corey is one of the people who will be keeping an eye on making sure the shift benefits local businesses owned by minorities and women. He’s director of Cincinnati’s Department of Economic Inclusion, created earlier this year by re-organizing what was the city’s Office of Contract Compliance.

It’s not just a fancy name change. To this point, Corey explains, the city has only had a race- and gender-neutral small business enterprise program.

That wasn’t always true. Cincinnati had an equal opportunity business program that once offered a gateway to public procurement for minority- and women-owned businesses. It was struck down by a court case in 1999.

Thanks to leadership as well as advocacy efforts from groups like Cincinnati’s African American Chamber of Commerce, Cincinnati City Council commissioned a study in 2013 to determine whether or not there was still racial or gender disparity in the city’s procurement market.

Released in September, after examining $1.2 billion in Cincinnati city contracts from 2009 to 2013, the report found disparities by many measures.

“The study gave us what the courts called a ‘factual predicate’ to allow us to go ahead and craft a race- and gender-conscious program to address the disparities in our procurement market,” Corey says.

Under the new Department of Economic Inclusion, each city contract over $50,000 will include goals regarding minority- and women-owned business enterprises (MWBEs). Different kinds of contracts will have different participation goals for the percentage of each contract’s dollar value that should go to subcontractor firms certified by the city as minority- or woman-owned. When I spoke with him, Corey and his team were putting the finishing touches on the new application to become certified, which will be available in an online form as well.

Goals will be determined largely by the number of MWBEs available in the city’s contractor database for any given type of work. The biggest immediate challenge, Corey says, is to get eligible firms certified as minority business enterprises and women business enterprises.

“There are quite a few such companies out there in the area,” Corey says. “But they’ve grown weary of trying to do business with the city up to this point.”

Just 96 companies won 70 percent of city contracting dollars overall, according to the city’s disparity study. Of those, 38 companies, all owned by white men, accounted for half the city’s procurement spending.

“Those companies tended to choose family and friends to be their subcontractors, which left out a lot of minority-owned businesses,” Corey says. “A lot of folks decided to go elsewhere. Some went out of business because subcontracting opportunities were just not there.”

Some of those companies became very successful, according to Corey, who says he’s encountered minority-owned firms based in Cincinnati that have clients as far as North Carolina and Texas.

“We’re talking about companies that have annual gross revenues of a million dollars or more, some of them five million plus. They can afford to look elsewhere for business opportunities,” he says. “The challenge has been to convince these folks to come back. Without certifying them, we have no legal basis for placing a participation goal on a contract.”

The city will also be inviting some of those minority- and women-owned firms to bid as prime contractors, Corey says.

Corey and his team have been exploring every channel they can think of to spread the word about the opportunity to get certified. They’ve reached out to nonprofits that work with MWBEs, established a reciprocity agreement with the state of Ohio so that firms certified as minority- or woman-owned at the state level in Hamilton County (where Cincinnati is located) can be quickly certified by the city.

The city also has a business training center that holds evening classes to train small businesses on small things like how to get certified for the existing small business program (which will continue in parallel to the race- and gender-conscious program), how to do business with the city, how to estimate a job, basics of finance and bonding. Corey says that is a ready-made outreach forum to get MWBEs certified.

“We’re getting involved with every group that we can to get the word out to anybody that might be interested in this. It’s a program that is sorely needed here in Cincinnati,” he says.

If the deck seems stacked against him, Corey isn’t one to fold. His last job? Managing Baltimore’s Minority and Women’s Business Opportunity Office.

Corey is still in touch with many Baltimore businesses that got started from nothing and took advantage of that city’s race- and gender-conscious procurement program to grow in size and capability, and now have clientele beyond the public sector and beyond Baltimore. Some have been calling Corey to ask about business opportunities in his new home.

“I tell them I’m going to some homegrown folks here first,” he says.