Cincinnati Bike Movement Skips Angry Drivers, Gets Right Down to Growing – Next City 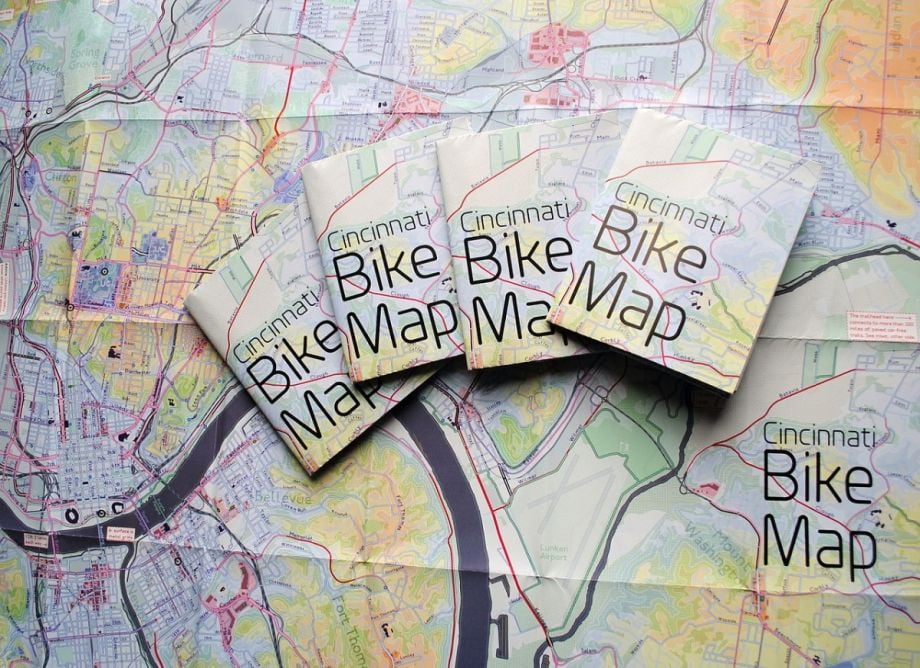 Jason Barron, the executive director of Cincinnati’s brand-new Red Bike system, says that riding around town on one of the brightly colored bicycles can draw some attention. “What I have heard is that people talk to [cyclists], ask them questions,” says Barron. “You’re kind of like a celebrity, on a Red Bike.”

For now, the bicycles are a novelty. About 260 of them were introduced on the streets in September, distributed at 30 stations around town, in a relatively concentrated area centered on downtown.

Biking in Cincinnati is not, however, just a question of jumping on the trendy bike-share bandwagon. The city is one of the nation’s leaders when it comes to growth in the number of bicycle commuters. While Cincinnati currently stands around 45th in the nation for the percentage of commuters who travel by bike, the numbers are rising steeply. According to figures from the American Community Survey, Cincinnati saw a 146 percent increase in bike commuting between 2000 and 2013, one of the fastest rates of growth in the United States. That doesn’t even count the kind of short in-town trips that bike-share fosters.

That growth will likely continue, if the city’s policymakers and bike advocates continue on their course. The city’s current mayor, John Cranley, was inaugurated in December 2013, and soon made it clear he wanted to give tangible support to Cincinnati’s bike culture. In April of this year, he proposed that the city invest $1.1 million in the bike-share system, and the city council backed him up.

Red Bike, like systems in Minneapolis and Denver, is operated by a non-profit that is responsible for raising its own capital and operating costs from sponsors in the private, public and non-profit sectors. It uses the B Cycle system, found also in San Antonio, Denver and several other American cities, and charges $80 for a yearly membership and $8 for a day pass. The city of Cincinnati’s 2014 financial contribution represents just over half the $2 million that Red Bike needed to get going in its first year, says Barron.

Bike-share is just one element in a growing network of bicycle infrastructure and support services in Cincinnati. Several advocacy groups and non-profits, such as Green Umbrella and Groundwork Cincinnati, are working to expand the existing bike trail system by securing funding for improvements and connections. Queen City Bike, an advocacy organization, coordinates with government to improve conditions for people on bikes and orchestrates bike events. The MoBo Bicycle Coop provides a place where people can learn how to work on their own bikes, with assistance from volunteers and access to tools. And the Cincinnati Bike Center is a facility where member bike commuters have access to secure parking, showers, lockers and other amenities.

In 2010, the city adopted a Bicycle Transportation Program with the mission “to make bicycling an integral part of daily life in Cincinnati, so that persons of all ages and abilities utilize bicycles for all types of trips.” So far, the program has put in 10 miles of new bike lanes and 20 miles of shared-use paths, along with hundreds of bike racks. The ultimate goal, by 2025, is a network of 445 miles of on- and off-road bike facilities.

Cincinnati also has an important asset that is less measurable, according to Red Bike’s Barron: The atmosphere on its streets is generally friendly and tolerant. “Cincinnati is a really polite city,” he says. “That carries over to bike riding. We haven’t had any bad experiences with cars. People are really patient.”

If Cincinnati can hold onto that attitude, the number of people riding bikes seems destined to keep growing.