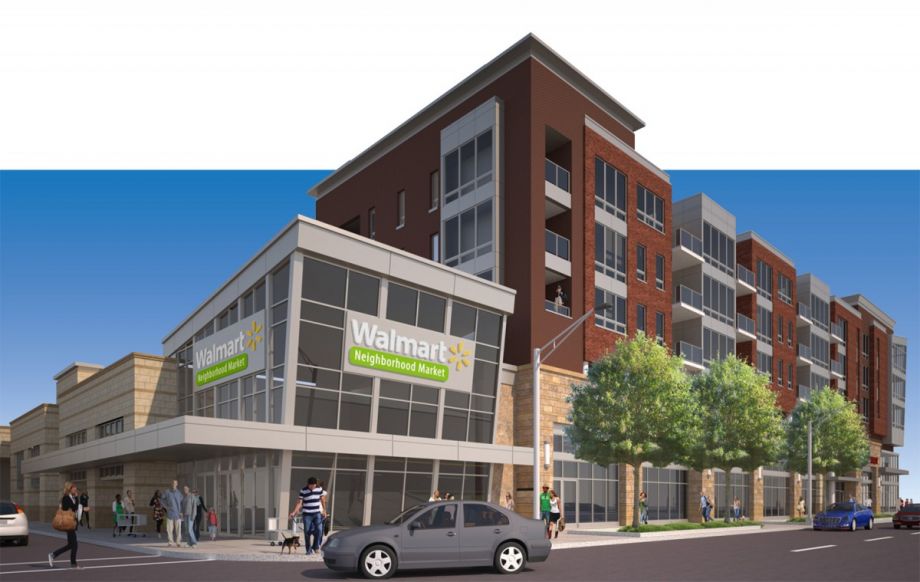 Chicago has broken ground on what’s slated to become the Bronzeville neighborhood’s first mixed-use project in more than 50 years.

Called The Shops and Lofts at 47, the project marks a return of development to South Cottage Avenue, a long-neglected commercial corridor on Chicago’s South Side. But it also reflects the trend of combining private and public investment to encourage development in the city.

Here’s why: The project is being partially funded through tax-increment financing (TIF). As Mark Bergen elucidated in a Forefront story last summer, tax-increment financing involves the city designating certain areas “TIF districts,” in which the initial property values are frozen for a specific time period (usually 25 years in Chicago). As property values increase within a TIF, the money gained from incremental property tax growth can be used to pay back bonds issued for the initial development or fund future projects and improvements in the district.

Chicago has reaped the benefits of lucrative TIFs before. In 2001, the city formed the 144-acre Wilson Yards TIF, located in the Uptown neighborhood. According to a study by the Mineta Transportation Institute (MTI), this district brought in nearly $47 million during its first decade. Officials are hoping that the TIF district in Bronzeville yields similar results. 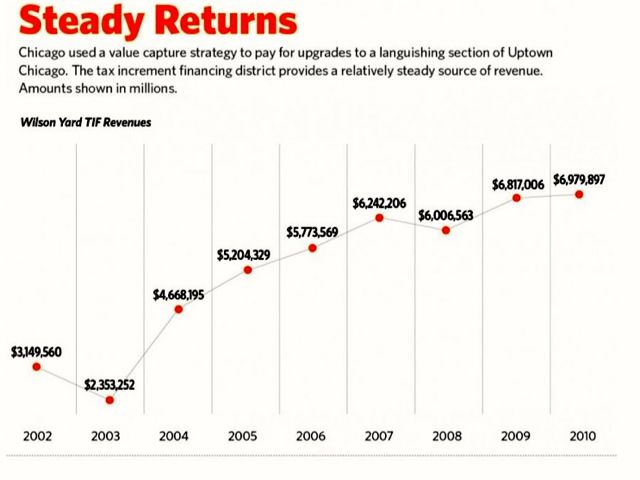 The $47 million Shops and Lofts project will consist of 96 mixed-income rental units in five buildings covering an entire city block. The largest of the buildings will house 72 units and 55,000 square feet of ground floor retail space, anchored by a Walmart. Nearly a third of the entire project’s rental units will have tenant rental subsidies from the Chicago Housing Authority (CHA) and will qualify for Low Income Housing Tax Credits. An additional 44 units will be solely subsidized by low-income credits, with the remaining units offered at market rate.

Often dubbed the “Harlem of Chicago,” Bronzeville was once a hub of mostly black-owned businesses and African-American cultural life. Later, however, the neighborhood would become known for its large tracts of troubled CHA public housing. But with the towers long gone, Bronzeville started attracting new residents again. And like Harlem, it has had recent success in attracting affluent African Americans looking to return to city life.

“Cottage Grove is an important connector between downtown and Hyde Park,” said David Block, director of planning for The Community Builders, Inc., one the non-profit development corporations behind the project. “We are hoping that [The Shops and Lofts at 47] has a catalytic impact.”

Bronzeville is one of seven neighborhoods targeted by Mayor Rahm Emanuel’s “Chicago Neighborhoods Now” plan, part of a larger coordinated effort to encourage public and private investment in the city. Within the seven designated neighborhoods, Chicago is collectively leveraging $330 million in public funding and $2.6 billion in private funding for new economic and residential development. Projects in Bronzeville have received nearly $153 million in public funds and an estimated $800 million in private investments.