How and Why the Chicago River Is Dyed Green for St. Patrick’s Day – Next City

How and Why the Chicago River Is Dyed Green for St. Patrick’s Day 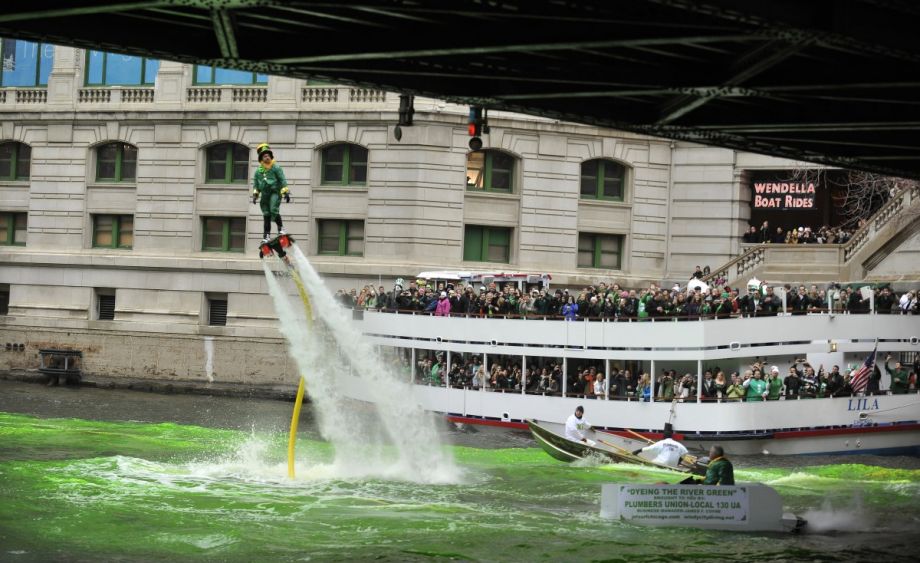 Spectators watch as the the Chicago River is dyed green ahead of the 2013 St. Patrick’s Day parade in Chicago. (AP Photo/Paul Beaty)

It’s that time of year again. The days are getting a little warmer. There’s light in the sky when you leave work. There’s a green river running through Chicago. That’s right, every year on the day of the St. Patrick’s Day parade, the Chicago River is dyed greener than the hungover faces of its celebrants.

But how and why?

According to the Chicago Tribune, Mayor Richard J. Daley and his childhood friend and then-parade chairman, Stephen M. Bailey, started the tradition in 1962.

Originally, Daley wanted to dye part of Lake Michigan green. “He was a powerful man, but even he couldn’t swing that,” Tom Rowan, who has been on the dye crew for years, told Red Eye Chicago. “The next best thing was dyeing the river green.”

The dyeing started at 9:15 a.m. yesterday. Spectators watched from both sides of the river between Wabash Avenue and Columbus Drive as a crew of six on two small motorboats dressed in white paper smocks dumped the powder into the river. Before the powder hits the water, it’s actually orange. About 45 minutes later, the river is completely green, and can last up to a few days.

As for environmental worries, Josh Mogerman, of the National Resources Defense Council, told Red Eye that, “It is a waterway that has all sorts of really big issues that we focus on a lot more than vegetable dye going in on one day.”