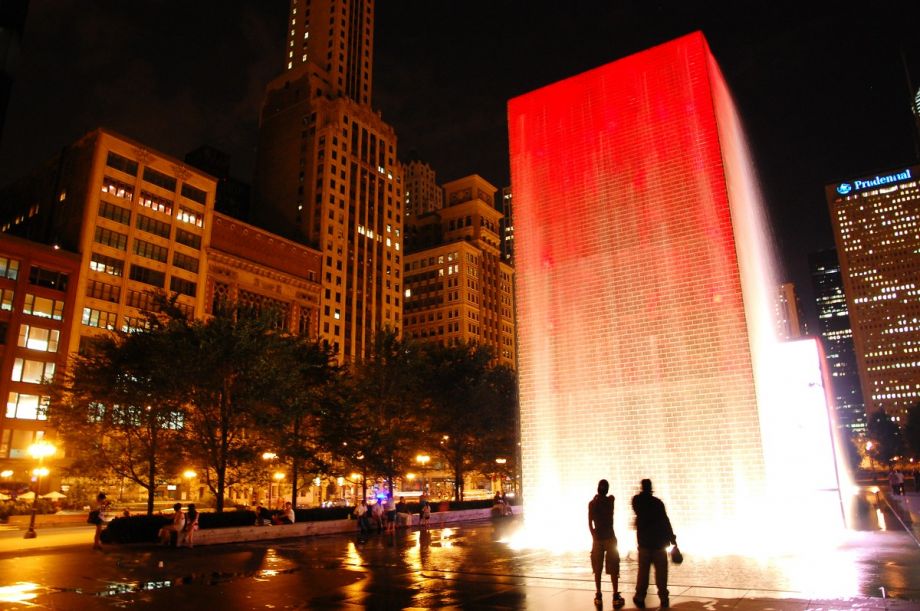 Millennium Park in Chicago (Photo by Ian Freimuth on flickr)

Among cities with open data policies, Chicago routinely ranks near the top. EveryBlock, arguably the first, neighborhood-level, public data tool for residents, launched in Chicago in 2007. When Philadelphia appointed its first chief data officer in 2012, Chicago was the only other city with such a position. The Windy City’s open data portal, the clearinghouse for municipal information on crime, public employee salaries and more, includes about 600 different sets of data.

But open data is more often than not the domain of data scientists, civic hackers and public policy officials. The data that’s out there, while valuable, isn’t always easily discernible to the average resident — or applicable to people “more interested in safe streets and good schools than the lofty ideals of a digital revolution,” as I wrote last year in the Next City feature “Welcome to the Open Data Movement’s Turbulent Teenage Years.”

Chicago’s new OpenGrid could strengthen the connection between data and people who don’t know a hackathon from a developer’s boot camp. The tool plots the city’s data sets on an easy-to-read map and supports data retrieval and real-time analytics. The map is much like what you would see if you pulled up a Google Map on your iPhone. It’s not only capable of presenting the location of the person accessing it, but also capable of displaying up-to-date information pulled from Chicago’s open data portal. A city resident might use OpenGrid to check on the number of potholes in their neighborhood, or what the inspection scores are of nearby restaurants. People interested in moving to another neighborhood in Chicago might use it to view the nearby schools or the city blocks that have more going on during the weekends.

“This allows you to do that much more easily,” says Tom Schenk, Chicago’s chief data officer. “More importantly, it reduces the technical expertise required.”

Schenk says OpenGrid isn’t meant to displace a city’s open data portal. “There are some advantages to just having raw information,” he says. Nor is OpenGrid meant to be an exact parallel of the information already on Chicago’s open data portal. Currently OpenGrid displays information from just 29 of the city’s 600 data sets, and while more data is being added, a mapping tool isn’t going to carry something like the salaries of City of Chicago employees.

But, importantly, it is meant to put open data into the hands of more of the city’s 2.7 million residents.

“With an open data portal, you have to be data literate, or literate in Excel or some mapping program,” Schenk says. “OpenGrid really lowers the barriers and expands the number of people to whom we can reach so we get data in the hands of more people.”

OpenGrid’s benefits can extend well beyond Chicago too. The programming code will soon be available on the Amazon Web Services online marketplace. With that move, Chicago’s Department of Innovation and Technology is essentially giving away a brand-new open data tool to any other cities also interested in taking the municipal data trapped in Microsoft Excel spreadsheets and letting it loose.

“They’re saying we want other cities to use this. They’re actively saying we want to go the extra step,” says Mark Headd, a technical evangelist with software company Accela who served as Philadelphia’s first chief data officer from 2012 to 2014. “I think it’s unique. I think it’s important. And hopefully other cities [will use OpenGrid].”

The tool itself was developed with some of the money from a $1 million Bloomberg Philanthropies grant the city received in 2013, and is the direct descendent of WindyGrid, an internal data tool for Chicago city government that allows city employees to view things like 911 and 311 calls on a geospatial map that’s updated in real-time.

While the open source code for OpenGrid is on developers’ portal GitHub already — meaning OpenGrid is, in theory, able to be deployed by other cities — making OpenGrid available through the Amazon marketplace might be the only way another city can use a new data-mapping tool Chicago seems all too happy to give away.

“It’s still difficult to take code and deploy it on your own servers, so the marketplace will allow OpenGrid to be deployed not unlike an app store, where you can put OpenGrid on Amazon servers,” Schenk says. “We’re trying to minimize the amount of technical setup.”

Chicago seems to be auctioning off a lot, but there’s also a hidden benefit for the city.

“You never want to be the only one owning a piece of software. It’s like owning a custom car: It can be really cool, but also a pain in the ass,” says Headd. “Even though the app was developed for Chicago, it may not be working very well in Chicago. But by making this open source, other cities might be able to help Chicago find problems with it more quickly.”