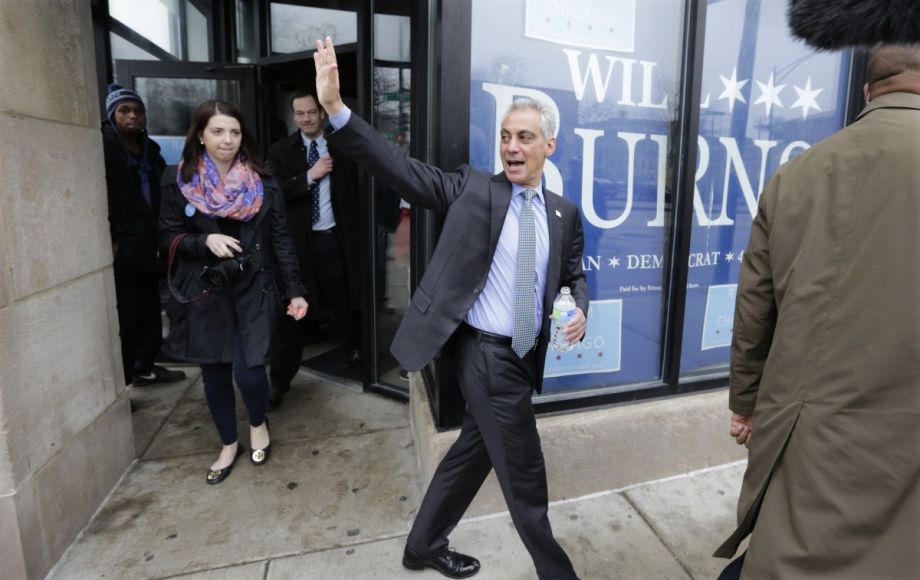 On Monday, Chicago Mayor Rahm Emanuel teased an idea he’s working on with Airbnb to help his city — but so far he’s playing coy with details, the Chicago Sun Times reports.

Emanuel met with the online room rental company while on a West Coast trip, which he capped off with a visit to Stanford University. At a talk there, Emanuel said he’s working on a plan with Airbnb “which no other city is gonna do.”

The mayor also referenced his efforts to pass regulations for the so-called “sharing economy” in Chicago, and said his city found ways to be flexible with Airbnb while also making revenue of taxes from the service. He touted a 4 percent surtax that has raised more than $2.5 million to be put toward services for the homeless. Emanuel said he couldn’t share his latest idea because “I’ve got something to work out,” but says it will similarly benefit the city.

“The hotel industry wanted to throttle Airbnb. [But] nobody signs on to a loss,” Emmanuel said. “I always before we negotiate draw out on a piece of paper, their wins, my wins. Can I give ’em what I think are their wins. Can they give me my wins? And then, how close are we to that kind of ideal paper at the beginning when we get to the end.”

While many cities, affordable housing advocates, hotel industry leaders and others are at odds with Airbnb, several other cities have chosen to play nice with the home-renting company. The Brooklyn Chamber of Commerce partnered with the company in 2015 to boost tourism and promote local businesses. And several cities, including Jersey City, have followed Chicago’s route of legalizing the service for the tax revenue.