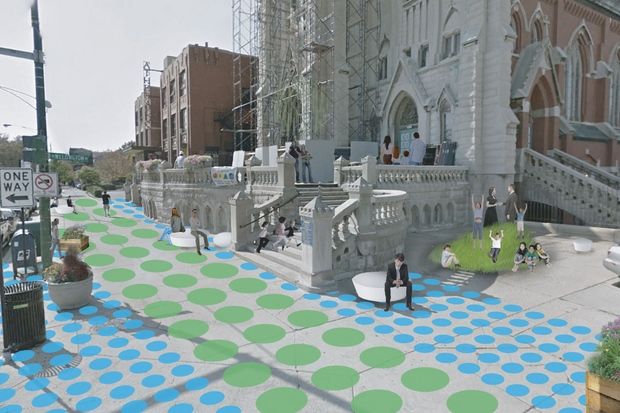 In a move sure to win the hearts of tactical urbanists and placemakers alike, an otherwise solely functional intersection is being transformed into a community destination for Chicagoans — rather painlessly and inexpensively.

Construction begins next week to create the Lincoln Hub, decked out with new planters and seating — and polka-dot art on the sidewalks. The intersection of Lincoln, Southport and Wellington is a pedestrian zone that the Lakeview Chamber of Commerce hopes to transform with this new placemaking project.

Streetsblog Chicago reports that the design was partially inspired by Baltimore Crossing plaza in West Philadelphia. The makeover and pedestrian safety changes such as curb extensions should be done in about a month. 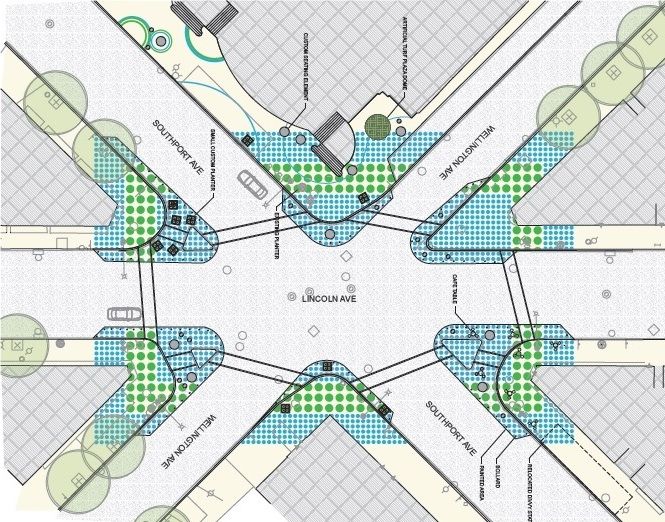 According to DNAinfo, the sidewalk polka-dot art installation is inspired by the traditional designs of Oriental rugs. The space will also feature additional public art, as well as outdoor eating spots and seasonal decorations.

Crandell also told DNAinfo the execution will be fast because special service area funds — from area property taxes — are being tapped. The project is estimated to cost $175,000.

“If the city does it, it costs a couple million dollars,” Crandell told DNAinfo. “This is very affordable change. We have high impact for low costs before the city comes along and turns it into something permanent.”