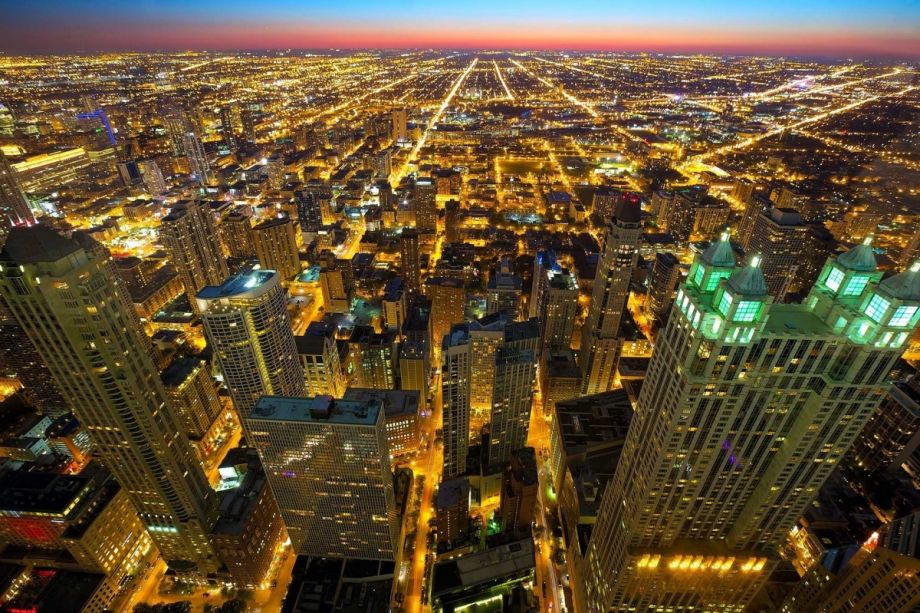 From the hit show “Empire,” to the most recent “Transformer” movies, the city of Chicago is seeing a steady stream of Hollywood traffic these days. Television and movie crews are landing to shoot with the city as backdrop, or to film on a soundstage. The activity is owed to tax credits, an approach to luring big budget filmmaking to a locale to bring in revenue. While some criticize tax credit programs for costing more than they make, the city of Chicago is focused on more than just the fancy out-of-towners.

Rich Moskal, head of the Chicago Film Office, a division of the Department of Cultural Affairs and Special Events, says that as the industry develops, and big distributors, production houses, and directors begin to think of Chicago as a headquarters and not just a one-off destination, he doesn’t want to leave the locals behind.

The city’s year-old filmmaker in residence program is an effort to make sure Chicago-based artists benefit from the boom too.

The first person to get the residency, writer and director Daniel Nearing, is wrapping up, and the film office just called for submissions so that it can continue with a second filmmaker. Applicants must be a city resident, and the post comes with $10,000 to support the production of an independent film made in Chicago.

“A thriving Hollywood-based production scene only helps independent filmmakers in ways that are probably mostly invisible to most people,” says Moskal. For example, a chance to work on a big feature, or local theater actors finding jobs on a set.

Chicago’s filmmaker in residence program is intended to connect local screenwriters, actors, directors and producers to the opportunity brought in by the mainstream industry. In addition to the money, Nearing and whoever gets the post next get advice from industry experts, meeting space and the opportunity to work with emerging filmmakers as apprentices.

Moskal says the connections aren’t just artistic. They’re financial too. He credits the city with an introduction between Nearing and a film distributor.

“We want to send a message to the larger community of investors and filmmakers and distributors, the industry overall, that Chicago is behind this filmmaker,” says Moskal.

Nearing says that the city endorsement connected him with investors and actors. “We secured a letter of intent from Gérard Depardieu, the French actor, largely because of his affection for Chicago and his understanding that we are representing the city,” Nearing says, via email. “Alas, we can’t afford him.”

The residency has helped Nearing to develop his film “Sister Carrie,” which the director describes as an epic love story with a dark twist. It’s set in Chicago, Paris and Montreal and borrows its title from the Chicago-set 1900 Theodore Dreiser novel.

A Chicago-centric subject wasn’t a requirement for the residency, but it certainly didn’t hurt. Nearing’s strong track record (“Sister Carrie” is the final work in a trilogy) and other funding he had already secured was attractive.

“We couldn’t find a better first candidate,” Moskal says. “We wanted it to resonate with as strong of a Chicago connection as it possibly could.”

Film sector momentum has been building in Chicago over the last five years or so. In 2008, the state of Illinois began offering 30 percent tax credits on production costs and local hires for movies and TV shows made in state. Most of that production happens in Chicago, and the tax incentives have drawn in big names, such as the aforementioned “Empire” and “Chicago Fire.” The city expanded beyond its one small soundstage, Chicago Studio City, which could house just a few productions at a time, to a second, Cinespace, which has 30 active stages.

Tax incentive programs for the film industry have been controversial, and it can be difficult to measure their economic impact. In Louisiana, the state legislature capped a similar program after an examination showed that taxpayers were only getting a 23 percent return on their investment, meaning the state was actually covering most of the costs for productions there. The credit still exists, but the state can only give out $180 million a year in credits; the change has slowed production in Louisiana.

According to the state of Illinois, the film tax credits have generated $500 million in production costs in 2016. Officials told the Sun-Times that the industry spent an additional $534 million on Illinois-based workers. That puts them in the red over the $330 million that the credits cost taxpayers in the same year.

Illinois’ tax credit can benefit independent filmmakers on a small budget. Unlike the state of Georgia, for instance, which starts offering credits for films with a $500,000 budget, Illinois gives breaks starting at $100,000. That entices indie producers too.

The filmmaker in residence program is also part of the city’s Independent Film Initiative, which aims to highlight local artists. The effort ensures that locally made short films are screened before big-name blockbusters shown during the city’s summer movie screening series in Millennium Park. Moskal estimates about 20,000 people came out to watch “La La Land,” the most recent feature — and the local short that came before it.

Nearing is casting “Sister Carrie” now, and production will begin in August. He hopes to see it ready for the festival circuit in 2018. As the film office looks to the next artist who will fill the residency, Moskal says he’s open to a non-narrative feature, such as a documentary maker or a web series. “We were looking for best practices out there but we didn’t have a whole lot to compare it to,” Moskal says, referring to the scarcity of such programs among U.S. cities. He thinks that as the program gains more attention, they’ll be able to offer greater benefits.