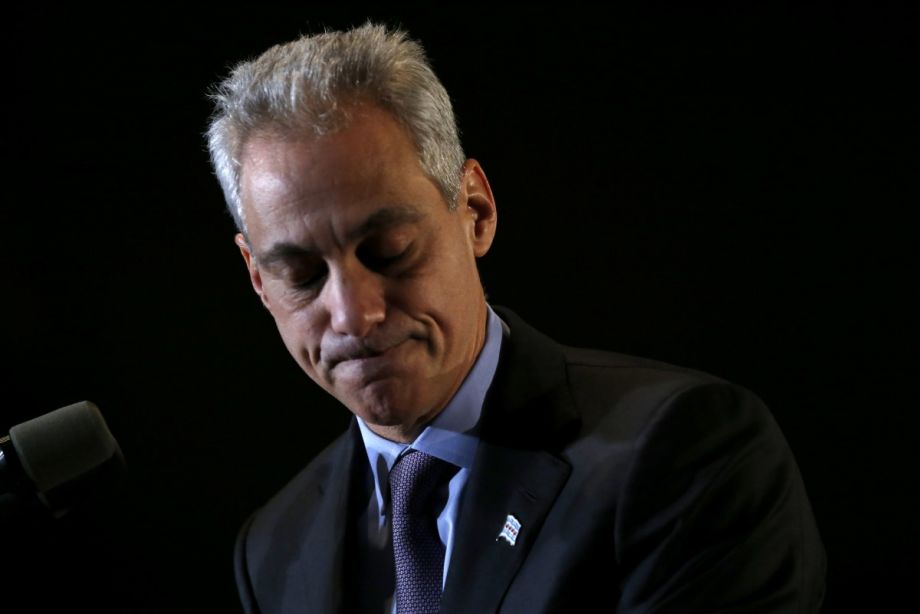 Chicago Mayor Rahm Emanuel had a swift response to President Donald Trump’s administration pulling climate change information from federal websites: The city has posted the deleted content on its own domain, and called on other mayors to do the same.

“The Trump administration can attempt to erase decades of work from scientists and federal employees on the reality of climate change, but burying your head in the sand doesn’t erase the problem,” Emanuel said in a statement. “We are going to ensure Chicago’s residents remain well informed about the effects of climate change.”

The city of Chicago launched the new online section ​— dubbed in a press release “Climate Change is Real” — over the weekend. It includes information from decades of EPA research and background on the basic science behind climate change, the different ways in which weather is impacted by increased greenhouse gas emissions and actions the federal government has taken to reduce the impact.

“While this information may not be readily available on the agency’s webpage right now, here in Chicago we know climate change is real and we will continue to take action to fight it,” the site’s banner states.

Since the EPA scrapped its climate change website last week, that particular federal URL has carried a banner that says the “page is being updated” and a note reading: “We are currently updating our website to reflect EPA’s priorities under the leadership of President Trump and Administrator [Scott] Pruitt.” (On Friday, Pruitt dismissed several science advisers.)

Last month, amid rumors that the EPA might close its Chicago office (which an agency rep denied), an ex-EPA official in the region wrote an op-ed for the Chicago Tribune about what the EPA had accomplished locally with regards to pollution and public health threats.

Chicago’s website addition builds on several climate efforts Emanuel has announced in recent months, including a plan to power all of Chicago’s buildings with renewable energy by 2025 and the city’s recently implemented 7-cent tax on disposable carry-out bags, which, according to the city, is already having an impact.

In the absence of any federal strategy or leadership, many U.S. mayors are growing more vocal about the need for climate change mitigation and resiliency efforts. Mayors have banded together to release two open letters urging Trump to uphold a U.S. commitment to the Paris climate agreement and to keep Obama-era environmental regulations.

“As mayors, we work with our constituents face-to-face, every day, and they demand that we act on climate to improve quality of life and create economic growth,” the second letter read.