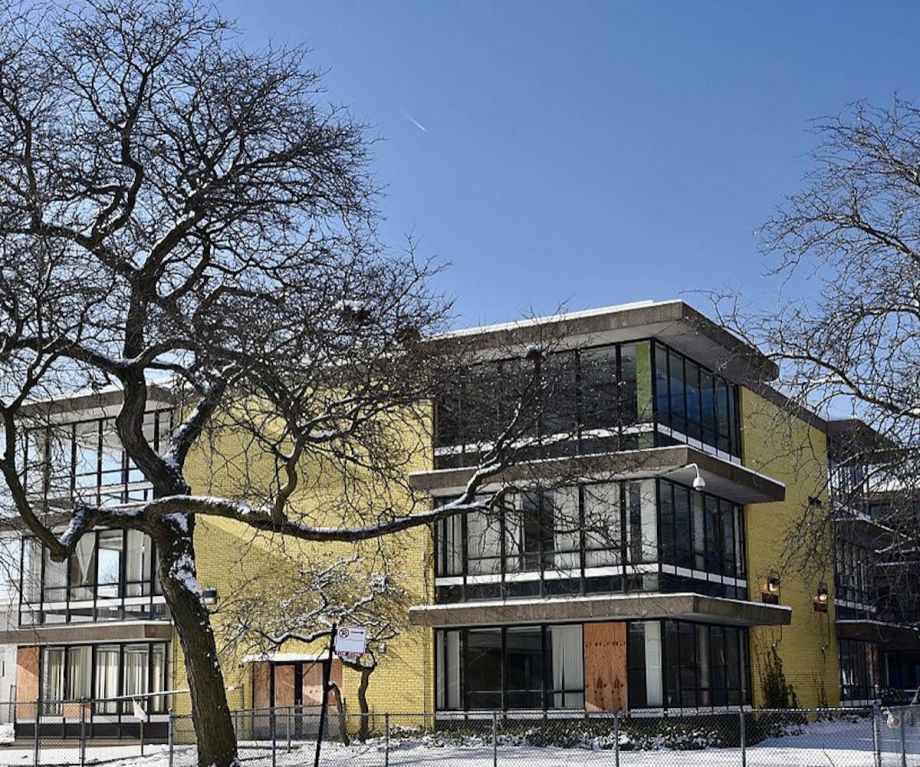 When the Chicago Board of Education closed nearly 50 public schools a few years ago, the move affected almost 12,000 students in the city. It was the largest school closing at one time in any district in the U.S., and the buildings were shuttered without a clearly defined vision for what would become of most of the facilities.

At the time of the closing, there were repurposing plans for only eight of the schools. There was no standard for redevelopment or for how the city might engage the communities surrounding the buildings to discuss their future uses. In the void, architectural and urban designer Paola Aguirre saw an opportunity to get neighbors involved.

“It was a wake-up call for me: How are we not talking about this openly and constantly?” says Aguirre, founder of Borderless Studio. (Aguirre is a Next City Vanguard.)

First, she checked out the list of committee members on the 2013 school closing report and started to get in touch with aldermen, civic leaders and nonprofits.

“There wasn’t really a mechanism in place for constant follow-up,” Aguirre says.

She then looked at the list of developers buying the school buildings and what they planned to do with them. She started with developer Ghian Foreman.

Foreman had purchased the former Anthony Overton Elementary for $325,000. The school is a mid-century modern building designed by prominent Chicago architecture firm Perkins & Will. It has big windows; glass-lined halls connect classrooms. The school opened in 1963, and was designed to educate the youth from the nearby Robert Taylor Homes in Bronzeville, which at the time it opened in 1962, was the largest public housing complex in the country.

Foreman, whose aunt had taught at the school, says he drove by the building every day for two months, trying to think of a best use. He was hoping to do something like one of the live-work spaces he’d seen pop up in Chicago’s West Loop, but once he purchased the building, he couldn’t get the numbers to work for that.

“There are 42 classrooms, and I’d have to add a kitchen and bathroom to each one,” Foreman calculates. “The construction costs would be too high, which would force me to make the rent too high. So I asked myself, what about just straight work?”

Foreman decided to convert the space into office space/business incubator, in part inspired by Anthony Overton, the black businessman after whom the school is named.

“I wanted an ecosystem where the lawyer in suite 207 would work with the accountant in 184, and the marketer in suite 220,” says Foreman.

By the time Aguirre approached him, Foreman already had his vision for the Overton Business and Technology Incubator in place. But he knew it was going to take a long time to renovate the building — he’s just now completed the majority of environmental remediation, and finalized the process of adding the school to the National Register of Historic Places. The latter move will help the project qualify for historic tax credits to support financing what he estimates is an $8 million construction job.

Foreman was eager to talk to Aguirre about offering something to residents in the meantime.

“Let’s get the lights on at night,” he recalls thinking. “Let’s not lock the gate, so dog owners can bring their dogs in. Let’s open up the gym and have Crossfit in there.”

Aguirre and Foreman planned “Opening Closings,” a public event this fall, for the neighbors and anyone else interested in touring the building. It gave skeptical residents a chance to meet Foreman. In fact, Aguirre says, that might have been the greatest benefit.

Despite having his vision set, Foreman says he’s doing his best to involve neighbors in the construction process wherever possible. He says he is seeking out local minority- and women-owned contractor businesses and that he currently has 12 letters of interests from potential tenants, most of them from around the neighborhood. He hired a longtime resident who lives across the street from the building to manage the property.

While Foreman is happy to answer any questions from residents, he does draw the line when people assert that he shouldn’t be there at all.

“People who say, ‘It should’ve been a school,’ I do understand where they’re coming from, an emotional perspective,” says Foreman. “But I can’t re-debate if the school should have been closed right now.”

When Foreman purchased Overton in 2015, there was still an ongoing federal investigation into its closing, and whether or not overcrowding at the new, merged schools would violate Chicago students’ civil rights.

In January, in response to criticism that the schools were sitting empty, Mayor Rahm Emanuel’s administration put 28 of the still-vacant buildings up for sale in hopes of soliciting more competitive offers from bidders. According to the Chicago Reporter, most of the buildings that are being purchased are in gentrifying areas, and most of those that are still in limbo are in black and Latino neighborhoods, which could benefit most from them remaining a community asset like a school.

Aguirre says, in a perfect world, the neighborhood engagement would happen before a school was purchased and a developer had a plan in mind. And, she says, there is some urgency in figuring out the best way to engage the community because this isn’t a problem that’s going away anytime soon.

“High schools are the next group being assessed,” says Aguirre. “More closings are coming. If we haven’t gotten this right, this is just gonna get worse.”

Editor’s Note: A previous version of this article implied that Openings Closings featured artwork that local students had created specifically for that event. The art was created through a project by Chicago Arts Partnerships in Education.