Getting From Neighborhood Advocate to Citywide Leader – Next City

Getting From Neighborhood Advocate to Citywide Leader 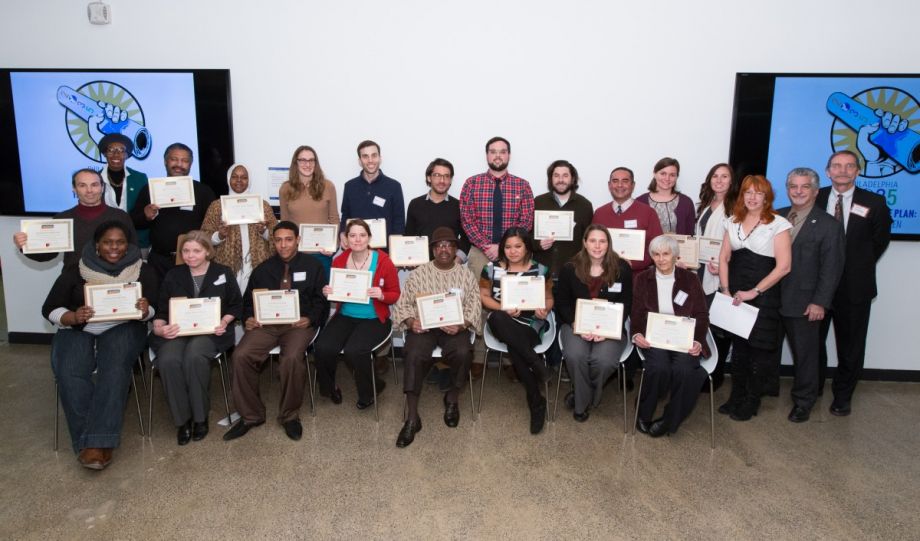 If you’ve ever seen an unstoppable block captain at work, you know that passionate, capable leaders who invest their time and energy toward quality-of-life improvements at the grassroots level are a critical community ingredient. Think of the difference such a person could make if armed with a broader network and an awareness of citywide challenges. Across the U.S., civic engagement programs help the urban-minded — from volunteers to non-profit and government professionals — tap that potential.

In Chicago, the brand-new Civic Leadership Academy, a collaboration among the University of Chicago, LISC Chicago and the Civic Consulting Alliance, is targeting people who already have “a strong track record of demonstrated leadership, innovation and high performance” with at least five to seven years of work experience. “When we did focus groups with the non-profit community all over Chicago, there was so much enthusiasm for this,” says Joanie Friedman, director of civic partnerships at the university.

In the pilot year, CLA academy fellows will meet every other week and all day Friday for six months. Coursework will include communications, data analysis and management, budgeting and finance, leadership, human capital, and policy innovation — with various schools of the University of Chicago providing their expertise.

The fellows will come from the non-profit sector and government because, Friedman says, “We wanted them to have that opportunity to cross silos. We really wanted this to be a leadership development program, more than just looking at issues and asking ‘What’s happening in education or transportation?’ … They may not become experts in any one of these fields, but as they move up in their own professional growth, they’ll know where to get that kind of information and that kind of data.”

Friedman sees networking as one of the strongest components of the program: “[By the end], these individuals will know one another — on a personal level, on a professional level. They’ll be able to share their domain-specific knowledge, brainstorm things creatively, and be able to engage with the alumni network afterwards.”

CLA estimates the total value of the program, per fellow, is $25,000, but thanks to foundation and corporate sponsorship, the participation fee is $5,000. Organizations that sponsor the fellows will also receive a $2,000 stipend to be used for continuing education post-program.

Cities with other civic engagement programs are already seeing alumni wielding new confidence and expertise. Since 2010, Philadelphia City Planning Commission’s Citizens Planning Institute (CPI) has helped to train 245 “citizen planners.” For one evening a week, over the course of a fall or spring semester, participants learn about urban planning principles and Philadelphia’s zoning/land use rules, and how to identify community assets and needs.

“We’re building a civic sense of responsibility,” says Donna Carney, CPI’s director. She points to 2010 alumna Joyce Smith as a success story. As the community development coordinator with the Viola Street Residents Association (VSRA), Smith helped to develop Project Reclaim, a master plan for addressing the distressed or vacant properties in her neighborhood of East Parkside. The project was just announced as finalist for a local community design award.

“VSRA and I have grown together since my first CPI class,” Smith’s testimonial reads.

The program also helps create bridges between sequestered areas of the city. “It’s really an eye-opener for some people who didn’t even know some parts of the city existed,” Carney explains. “They are learning that there are other parts of the city facing the same issues … Every cohort has been really diverse in terms of geography and levels of experience and ages and that’s a beautiful thing.”

The application deadline for Chicago’s Civic Leadership Academy is November 15th. Information sessions will be held about the program on October 8, 11 and 15. See the CLA’s website for more information.