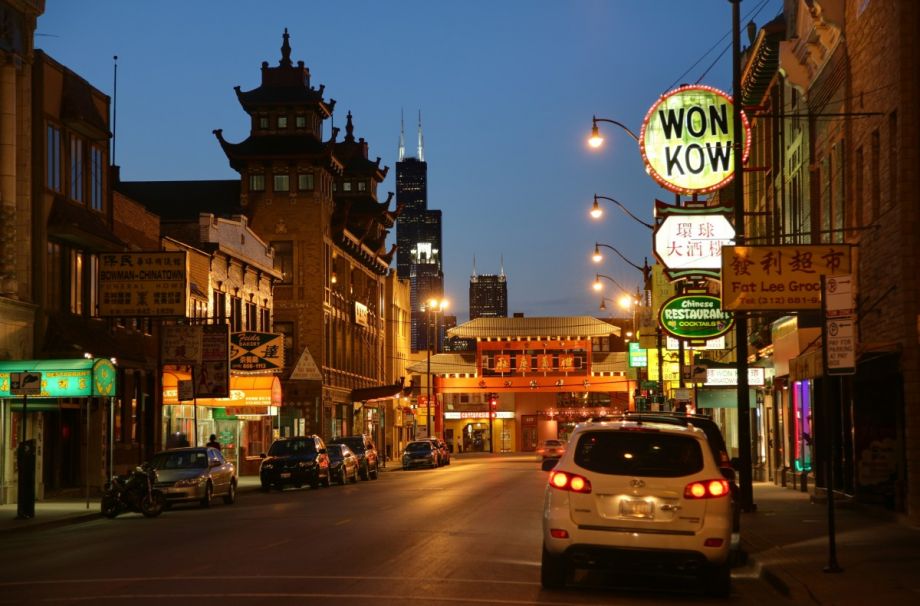 For more than one hundred years, Chicago’s Chinatown has been a hub of community, culture and commerce. Even as Chinatown populations around the U.S. are dipping, this one is growing — by 26 percent between 2000 and 2010. With a steady stream of recent immigrants from China, the neighborhood is spilling out beyond its core at the corner of Cermak and Wentworth. And now it has a detailed vision for where it’s headed.

The Chinatown Community Vision Plan, which debuted in May at the Pui Tak Community Center, was two years in the making. It was spearheaded by a partnership of Alderman Danny Solis, the Chicago Metropolitan Agency for Planning (CMAP) and the Coalition for a Better Chinese American City (CBCAC). The plan “represents the tremendous pride and ambitions for the future of one of Chicago’s greatest neighborhoods,” Solis said. “It is a testament to the collaboration between community and local government, and will guide our neighborhood’s incredibly bright future.”

Fueled by a technical assistance grant and initiated by the community itself, rather than the city, the planning effort combined bilingual outreach efforts and confidential interviews to reach a total of 1,800 residents and stakeholders and create an authentic portrait of how Chicago Chinatown can thrive in the future — not simply as a tourist attraction, but as a home. “Some might think of Chinatown as fairly homogenous, but [planners] did a good job getting input from newer immigrants, people who own businesses, more established residents … seniors — a lot of different kinds of people,” said David Wu, executive director of the Pui Tak center.

Stephen Ostrander, CMAP senior planner and project manager, called the plan a “signature document” that builds on the work of longtime leaders and advocates in the community. It’s not exactly the first of its kind — Ostrander’s research included looking at the planning efforts of Chinatowns around the nation. Boston developed its Chinatown Master Plan in 2010; San Francisco adopted a general plan in 1995; in New York City, the Chinatown Working Group commissioned “The Plan for Chinatown and Surrounding Areas: Preserving Affordability and Authenticity” in 2013. But while each touches on similar issues, Ostrander said, Chicago is unique because “property values haven’t encroached on the community in the same way.”

“These days, there are more people of Chinese descent in Flushing, Queens, than in New York’s core Chinatown,” Ostrander said. Washington, D.C.’s Chinatown has nearly vanished. Today, what stands under the prominent welcome gate is a handful of businesses owned by Asian-Americans and a spate of chain franchises.

And yet, this Midwest Chinatown continues to attract recent immigrants from mainland China. They are the fastest-growing immigrant group in Chicago, and the city’s third-largest overall. And the neighborhood is not singularly a commercial and service district, but a community of about 8,000 residents. And its borders are stretching outward, unchecked by expensive real estate barriers.

But there are growing pains. The planning team discovered that Chicago Chinatown is most concerned with safety, cleanliness and transportation. High rates of robbery and car break-ins cause people to feel unsafe walking at night. Few of these crimes are reported, however, because communication between residents and local police is thin. Not incidentally, 65 percent of the residents of Chinatown’s core are foreign-born, and 9 percent arrived within the last three years. Most speak Chinese at home and about three-quarters say they are not fully comfortable with their English skills.

To address safety concerns, the plan recommends increasing activity in key areas. There is momentum with such big investments as a new showcase branch library and commercial developments that will increase street activity. But another recommendation is more challenging: Improve relations with local police, in part by empowering the plan’s steering committee to work with the city in implementing a language access policy, train police personnel to affirm the rights of undocumented immigrants, and establish regular meetings between Chinatown leaders and local officers.

Elsewhere, the plan calls for more green and open spaces. The 17-acre Ping Tom Memorial Park is beloved, but too singular — especially for a community that is so near to both Lake Michigan and the Chicago River. Right now, there are only two parks in the area, totaling 2.5 acres per 1,000 residents. (The National Recreation and Park Association standards are four acres per 1,000 residents.) Upcoming developments and street re-alignments provide an opportunity to advocate for public green space to be incorporated into the design. The plan also suggests that the most-used public places — the streets — be beautified and cultivated, as if they were indeed parks. Parklets and clever landscaping will invite people to linger, rather than simply rush by.

The community also needs more education, economic support and workforce development opportunities, tailored to meet the needs of multiple generations and recent immigrants. That includes ESL classes, sector-specific training, special event coordination and networking for business owners, as well as partnerships to diversify Chinatown’s businesses and market them to the broader city. The plan also wants to identify key city documents that are not yet translated into Chinese, and to provide systematic ways for parents to find support in navigating the public school system.

David Wu feels that the recommendation that would most benefit the community is also the trickiest to implement: Develop a better high school option. While residents are happy with elementary school choices in the area, “almost no one goes” to the nearest public secondary school because of its poor graduation rates. High-achieving students scramble to get into selective enrollment schools, but, Wu said, “the community has a lot of immigrant kids, and children of immigrants, and they won’t get into those schools. So what can we provide for them? Immigrants come here so their kids can have an opportunity and a chance. They’ve really put their hope in education.” But while a new Chinatown high school could be transformational, he is cautious about the reality of budget and logistic challenges.

More public benches and accessibility measures for people who use wheelchairs and strollers are also advised, as part of a larger effort to make the community “age-friendly” — adaptive to the needs of people across generations, especially senior citizens. (There are almost twice as many elderly residents in Chinatown than the Cook County average.) In addition to improved design features and programming, the plan recommends that the community consider investing in an assisted living facility, and partnering with the city’s family services department to build a model age-friendly neighborhood.

One notable gap in the plan: a dollar figure for how much it would cost to implement all of the recommendations. However, the Chicago Community Trust has committed to a $50,000 grant that will pay the salary of a full-time coordinator who will be tasked with turning this vision into reality. Ostrander also said that planners intend to rely on public partnerships — with, for example, Chicago’s departments of transportation and planning and development — to coordinate investments in ways that point toward the community vision. The steering committee that was formed to develop the plan is also tasked with building these partnerships, and, perhaps most importantly, cultivating the next generation of leaders in Chinatown who can connect the community’s rich past with its future.