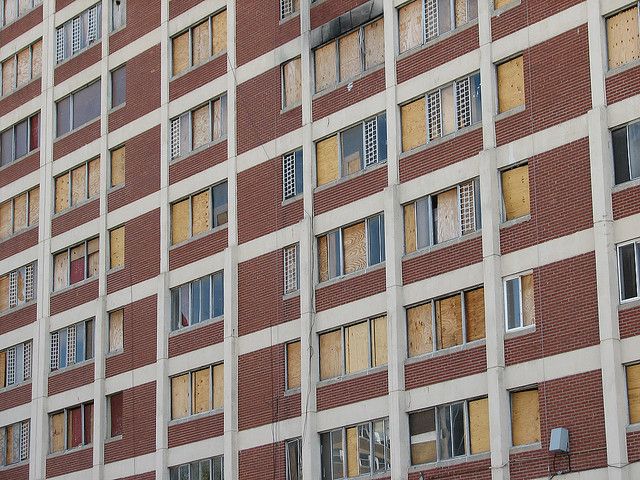 Advocates in Chicago are pushing for looser regulations on convicts’ access to public housing. A group of housing and social service advocates formed a committee and drafted a pilot program, which has caught the attention of the upper reaches of the Chicago Housing Authority (CHA).

“As CHA’s chief executive officer, I want to stress my commitment to continue collaborating in the design and implementation of a successful pilot program for ex-offenders,” Charles Woodyard, CHA’s former executive officer who resigned yesterday, wrote in a letter to the group of advocates, according to the Chicago Tribune. Now, Woodyard’s resignation has advocates worried that they may have lost some of their sway in influencing policy.

Forty-eight percent of people staying in Chicago’s homeless shelters are convicted felons, according to a 2011 study by Loyola University. In Chicago, ex-convicts must typically wait five years before they can get into CHA housing. This lack of support, the argument goes, is what feeds recidivism and leaves ex-offenders on the street.

When I talked with Dr. Carl Hart earlier this month, he spoke of how money is spent with abandon and without purpose in prisons:

Think about the amount of money we spend in prisons. We’re not giving people any skills. We’re housing them under the supervision of people who don’t know anything about human development, nor do they care about teaching or education. Think of all the money we’re spending that way, where we’re not shaping any behaviors that will be helpful to us as a society.

The same goes for public housing: Ex-offenders need some kind of opportunity. The advocates in Chicago aren’t asking for a free pass for convicts, but they do want ex-offenders to have a chance to find reasonably affordable housing. And they’re calling for a strict screening process through three social service agencies that work with felons on transitioning back into the working world. They’re looking out for the safety of current CHA residents, not just trying to move convicts into a given neighborhood.

As more and more housing authorities work with private developers to build mixed-income developments with some affordable housing, a few developers have made rules that bar certain offenders from getting in. Big public housing towers à la Cabrini-Green still exist, but that style is on its way out. Private developers have a larger say over who lives in their buildings — even if a portion of it is technically public housing — and it’s going to take more advocacy than what’s happening in Chicago to give felons a chance to smoothly transition back into society.