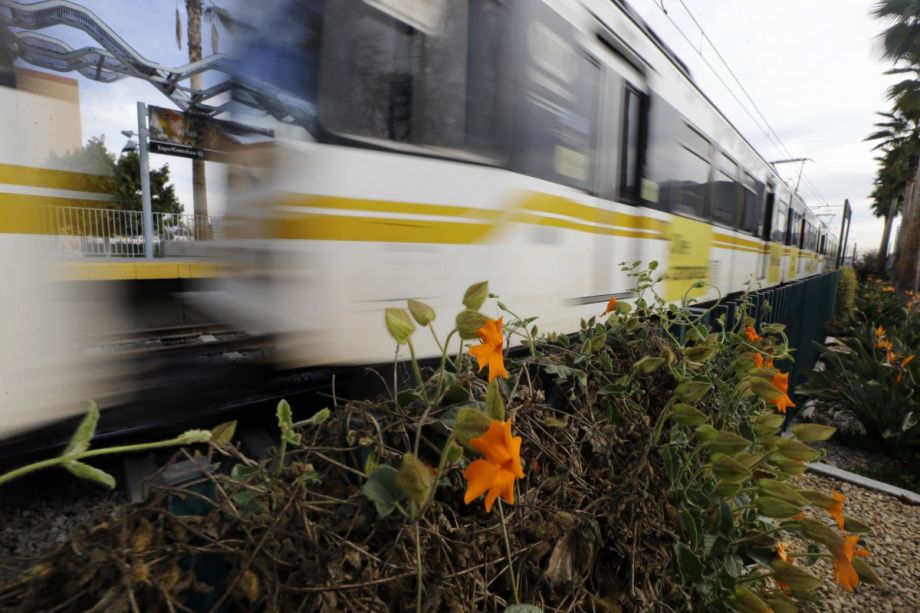 The city of Chattanooga, on the Tennessee side of the state’s border with Georgia, may be famous for big-band/swing song, “Chattanooga Choo Choo,” but the city hasn’t seen regularly scheduled passenger service since the Birmingham Special (the song was actually composed onboard) pulled out of the city’s Terminal Station in 1970.

But if the city’s transportation director gets his way, that might change. Earlier this week the city approved an application for a $400,000 federal grant (requiring $300,000 in local matching funds) to evaluate bringing light rail service to Tennessee’s fourth-largest city. The city has for more than a decade been mulling intercity rail service, connecting to Atlanta, but this study would be the first serious consideration of reviving intracity service, meant for commuters and those traveling relatively short distances within the city.

The proposed route would travel east from downtown in possible two directions. One spur would lead to the Chattanooga Metropolitan Airport, a tiny, five-gate airport with commercial service to just eight cities. The second would head to the Enterprise South Industrial Park, where Volkswagen set up its American manufacturing headquarters, and where it builds Passat sedans for the North American market. Terminal Station is now a hotel. Any routes would likely pass by.

Bringing passenger rail back to the mid-sized city is an idea that may have finally found its moment. Back in 2009, the Chattanooga-Hamilton County Regional Planning Agency did a report on mass transit alternatives in the region, in which it discussed light rail. “The infrastructure used for light rail operations is not normally shared with freight and other railways passenger trains,” wrote the report’s authors. “Unlike commuter rail, which utilizes existing railway, the development of a new light rail system typically requires the acquisition or dedication of new rights-of-way and the construction of new tracks. Thus, the capital cost of implementing a light rail route will normally be significantly greater than the capital cost of a commuter rail route.”

But while that was certainly true in 2009, it may not be true for long. As Next City reported last year, the Federal Railroad Administration has signaled its willingness to fall into line with international best practices and finally allow modern light rail vehicles onto freight rail tracks, likely starting within the next year or so. Light rail vehicles are preferable to heavy commuter trains, for intracity service especially, since they are cheaper to operate and can accelerate more quickly. The cars can be self-powered “diesel multiple units” rather than locomotive-hauled, meaning the trains can be shorter and more frequent.

Beyond the transportation logistics, there’s also a perhaps more formidable barrier to reviving intracity passenger service in Chattanooga: land use patterns. The city has, like every other American city and especially those in the South, sprawled mightily since the days of the street railways (some of which were, until 1891, mule-powered), and its settlement patterns may no longer be conducive to rail.

“The population density of Chattanooga,” wrote the 2009 study, “is among the lowest in the country.” The Census-defined urbanized area has a density of just 1,100 people per square mile, or less than a third of the population density of Lexington, Kentucky. As a result, the study’s authors concluded that “the options for mass transit are limited to local and commuter bus service,” and that “no other kind of technology would be feasible in this region, without massive increases in population density around large employment centers.” Chattanooga has certainly seen some dense residential infill development in its downtown in recent years – and with rather high standards of urban design for such a sprawling city – however likely not enough to tip the scales towards rail (at least, not yet).

Whether or not the light rail plan comes to fruition remains to be seen – even by the standards of Southern cities, Chattanooga is not particularly well positioned for intracity passenger rail – but it does appear that the FRA’s reforms allowing lighter trains on freight tracks have at least made it a possibility, and one that other cities in the South, if not Chattanooga, will surely pursue one day.