Charlotte Light-Rail Extension Is 10 Years in the Making 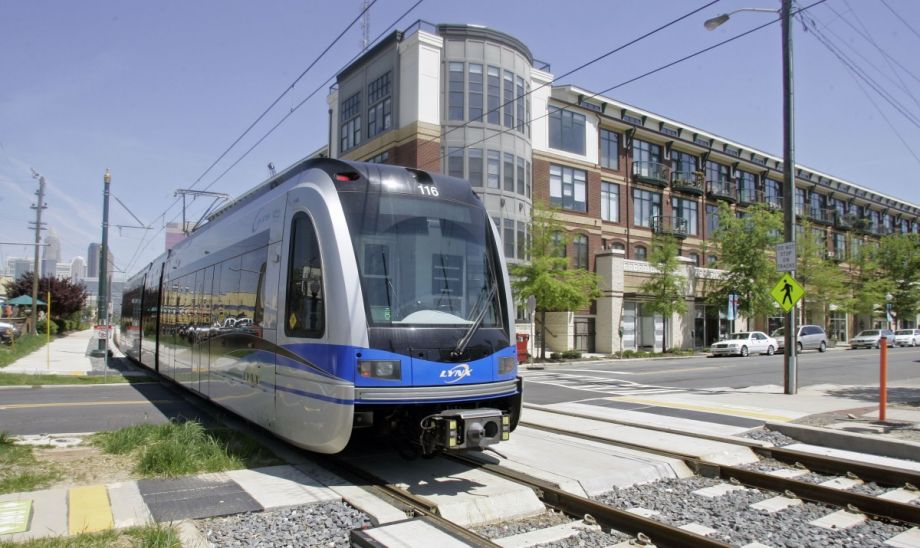 Charlotte Light-Rail Extension Is 10 Years in the Making
Ten years after it was proposed, the Charlotte Lynx Blue Line extension to the UNC-Charlotte campus is open for service.

The Charlotte Observer reports that the new 9.3-mile extension from midtown to the university campus entered service with a 10 a.m. ceremony March 16. The extension doubles the length of the Blue Line and ties the UNC campus closer to the city.

UNC-Charlotte students and staff quoted in the article expressed delight at the extension’s opening, saying it would make accessing Charlotte’s uptown entertainment district easier. Some also said it would also call Charlotte’s attention to the city’s university. “Hopefully this will give the university some respect,” said Keith Jung, who works in IT in the university’s biology department. “People in Charlotte don’t think of UNC Charlotte as their university.”

The $1.1 billion extension brings the total number of stations on the line to 26 with 18 park-and-ride lots. The Charlotte Area Transit System estimates that the extension will add 18,000 daily passenger trips to the 15,000 currently taken on the line.

Québec City’s New Transit Plan Leaves the South Shore Out
Mayor Régis Labeaume of Québec City, having failed to launch a bus rapid transit network that would have served the entire Québecois capital region two years ago, has come back with a new proposal for improved mass transit infrastructure. This time, CBC Montréal reports, he’s going it alone, leaving the south shore of the St. Lawrence out of the picture.

Labeaume’s new transit plan calls for a C$3 billion ($2.29 billion U.S.) package of improvements whose centerpiece is a new 23-km (14.3-mile) tram line running east-west through the city in a mix of street running and subway tunnels. Along with new trolleybus routes and reserved bus lanes, the tramway is part of a larger plan to create what the city calls a “structuring transit network” — one whose design can influence the city’s physical development.

Labeaume had proposed building a tramway back in 2010, but lack of support from Ottawa and the province did that idea in. This time, the province of Québec is on board, pledging to cover up to 60 percent of the project’s total cost. The province would still need to reach an agreement with the federal government to cover the other 40 percent.

Notably absent from this plan is service to Lévis on the south shore. That had been part of the BRT proposal, but after Lévis Mayor Gilles Lehouillier backed out of that plan, citing cost concerns, the two mayors haven’t gotten along well. Lehouillier told the CBC that he has submitted his own plan for improved transit between the south shore and Québec City to the province.

For their part, CBC Montréal reports that Lévis residents are nonplussed by Labeaume’s plan. Those interviewed for the article said they would rather see a “third link” — a bridge or tunnel for road traffic — connecting the two shores. According to a poll cited in the story, so would Québec residents: 66 percent say they would want to see a third link while only 50 percent wanted a tramway. If forced to choose between them, most of the 1,100 residents surveyed said they would prefer the bridge or tunnel.

The 21.6-km (13.42-mile) initial segment runs from Majlis Park to Durgabhai Deshmukh South Campus and includes 12 stations, eight elevated and four underground. Five of the stations offer interchange with other Delhi Metro lines. The new line cuts travel times significantly between destinations on Delhi’s periphery; for example, travel times between Rajouri Garden on the Blue Line and Azadpur on the Yellow Line will be cut by almost 23 minutes.

The remainder of the line, from Durgabhai Deshmukh to Shiv Vihar, will enter service in June. When completed, the U-shaped line will be India’s longest metro line, at 58.9 km (36.6 miles). It will have a total of 38 stations, 26 elevated and 12 underground, and will be the first line to connect with all other Delhi Metro lines. Driverless operation is also set to begin in June, allowing for 90-second headways.

New Fast Tram Line Opens in St. Petersburg
Metro Report International reported last week on the opening of the first tram line in St. Petersburg to be run by a private operator. Route 8, the first line of a planned four fast tram lines being built by a public-private partnership, runs for 4.2 km (2.61 miles) and serves eight stops in the Krasnogvardeisky district. Total end-to-end travel time from Ladozhskaya metro station to Khasanskaya Ulitsa is 12 minutes.

The Transportnaya Koncessionnaya Kompanya consortium of Lider Group and LSR Group is building the 14-km, four-route fast tram system under a 30-year build-operate-transfer concession signed in 2016. The initial line was slated to open in September 2017 but was moved back because of delays in land acquisition.