Accessing Healthy Food Should Be as Simple as Hailing an Uber 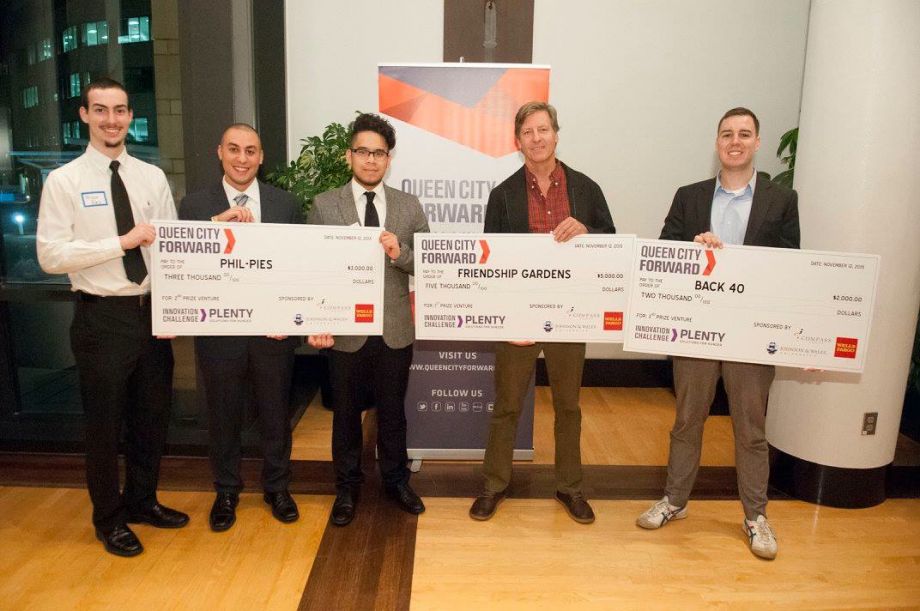 What do you picture when you hear “food insecurity”?

“We think hungry people are devastatingly poor, live in slums, and are holding out their hands. But it can often be higher up in the economic scale,” explains Christie Kahil, program director of Queen City Forward, a social enterprise incubator in Charlotte, North Carolina. “Food insecurity looks like the receptionist at your office, the elderly person walking her dog every day. Shame keeps people silent.”

The USDA estimates that 14 percent of American households struggle with having enough food for an active, healthy life. In the Charlotte region, more than 157,000 people (roughly 18 percent of the population) face food insecurity. According to a sustainability report released by nonprofit environmental advocacy group Sustain Charlotte, between 2005 and 2012, the percentage of households in the Supplemental Nutrition Assistance Program (SNAP) more than doubled from 6 percent to 12.3 percent.

Across the U.S., access to healthy food is a barrier for the 23 million who live in so-called food deserts — neighborhoods where ready access to fresh, affordable food is nonexistent. Currently, the Charlotte region has 60 identified food deserts. Despite the number of farmers’ markets increasing across the county, construction costs for full-service grocery stores and limiting zoning regulations thwart improved food access.

Queen City Forward focuses on identifying replicable ideas for ending hunger that are also economic opportunities. Through its Innovation Challenge: Plenty Solutions for Hunger, now in its second year, the organization runs a three-phase program, from April to November, beginning with stakeholder discussions and ending with a business competition for local entrepreneurs.

“People appreciated the fact that we were tackling this issue from an entrepreneurial perspective, and not just a charity-driven model,” says Charles Thomas, executive director of Queen City Forward.

Participants in the challenge run the gamut, drawn by the opportunity to solve a local social issue through an entrepreneurial lens. Some are local culinary arts students seeking to leverage the funding support and mentorship that winners of the Innovation Challenge receive. Others are experienced food growers using their know-how to develop an innovative approach to solving the hunger issue throughout Mecklenburg County. (Charlotte is Mecklenburg’s county seat.)

Phase one of the challenge includes a series of public conversations about food access and hunger with nonprofit, corporate and government agencies, as well as community members. Phase two leads participants through the entrepreneurial process of design thinking, giving them hands-on experience with identifying, testing, prototyping and iterating solutions to tackle hunger. The most successful prototypes are then eligible to advance to the final competition phase of the program.

Ideas and solutions can focus on one or all of several areas: food deserts, lack of access to healthy food, nutrition education for at-risk populations, or child and senior hunger.

Wyndham Manning was one of this year’s winners. After getting his start in home gardening with cucumbers and tomatoes, he quickly found surplus produce taking over his kitchen. So he gave the excess away to neighbors.

Manning’s idea, the Back 40, is a peer-to-peer technology platform that allows independent gardeners and growers to buy, sell or trade homegrown veggies and fruits with neighbors. He was inspired, in part, by the patriotic World War victory gardens that saw citizens growing their own produce as a solution to labor and transportation shortages that significantly decreased food production in wartime. Both farmers and urban residents who had no prior experience planted gardens in backyards and empty lots and on rooftops. Neighbors pooled their resources and formed cooperatives, and children were even enlisted as “soldiers of the soil” by the Federal Board of Education.

Manning says the Back 40 modernizes the concept and, using technology, brings it into the mobile app age. He wants accessing healthy food to be as simple as summoning Uber: Get produce by tapping buttons on your smartphone to place and pick up orders.

“My idea is that people can list what they’ve grown and geo-locate neighbors looking to buy their produce,” explains Manning. “We put food access into the user’s hands. Farmers’ markets are great but … they are still confined to very specific communities.”

In Charlotte’s combo of ample green space and growing urban density, Manning sees a way to help fill in the gaps where grocery stores and farmers’ markets aren’t accessible.

Queen City Forward is providing seed capital to Manning as well as ongoing support and resources to help him launch the business. The challenge’s entrepreneurial angle is also a boon for economic mobility in a region that ranks last nationally when it comes to moving people out of poverty.

With a far-and-wide call for ideas, Queen City Forward also welcomes fresh thinking on solutions for ending hunger. For example, the Back 40 could be a tech-savvy way to get kids to connect to vegetables fresh out of the ground. The organization has identified a lack of nutrition education in public schools.

“There’s a disconnect between nutrition in schools and what we could be doing to feed and teach our children,” Kahil says. “The Innovation Challenge helps us to see there’s a real opportunity there to change behavior to influence a new generation of eating.”