How 16 NYC Funders Are Collaborating to Fight Poverty – Next City

How 16 NYC Funders Are Collaborating to Fight Poverty 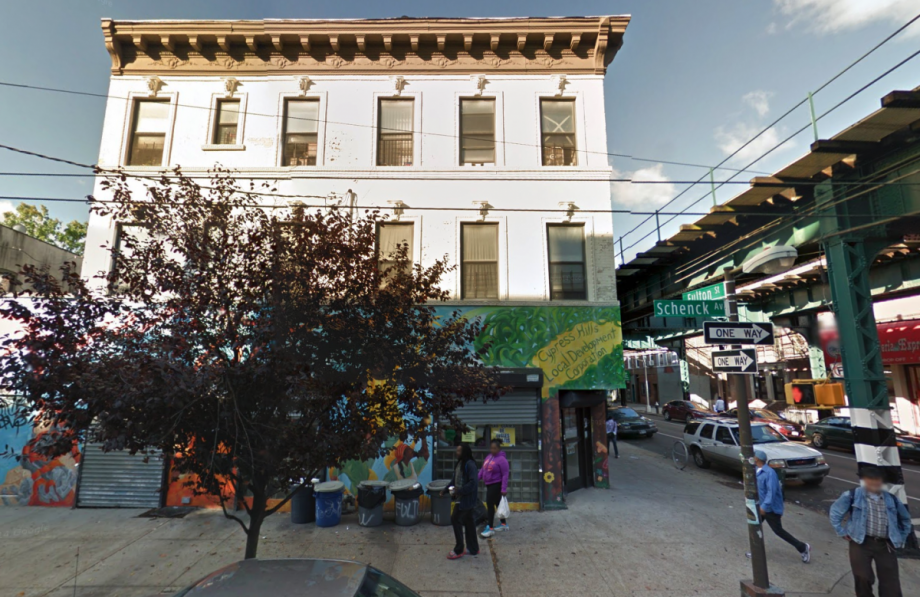 When Michelle Neugebauer came onboard in 1983 as the first full-time employee at the Cypress Hills Local Development Corporation (CHLDC), it was an entirely different time in Brooklyn.

The city was also investing taxpayer dollars in organizing tenants, homeowners and communities in some of the most neglected neighborhoods. The NYC Commission on Human Rights had something called the Neighborhood Stabilization Program (other agencies have since had different programs with the same name). By 1978, some of the numbers were already impressive. In Flatbush, Brooklyn, the program formed 57 tenant organizations just that year; in Southeast Queens, 79 block associations; in northeast Bronx, 14 tenant associations and 13 block associations.

“They would organize tenant and block groups, local development organizations and community development corporations, so that people would own and take back the neighborhood,” Neugebauer recalls. In 1983, the program formed CHLDC.

Today, as people flock back into NYC and developers scramble for every bit of property they can get their hands on, some of those same community-based organizations, including CHLDC, now struggle for visibility and relevance.

“These groups became less sexy over the years,” says Steve Flax, who leads M&T Bank’s community reinvestment work in the NYC region. Flax is also chair of the Change Capital Fund, a consortium of 16 community development funders in the region. The consortium is now halfway through a four-year commitment of $1 million each to five community-development organizations, including CHLDC.

Consortium members, including banks, foundations, CDFIs and one city agency, have been working together as far back as 1996 for some members. Many of those directly involved with the consortium formerly worked at some of the current and former consortium grantees. In the 1990s, Flax worked at the Fifth Avenue Committee, one of the other current grantees.

“They’re a group of true believers in community development,” Neugebauer says. Because of that, they’ve mostly stayed consistent as a group over the years, even using peer pressure among themselves to stay committed. “The consortium model allowed us to have political will internally at our own institutions to say we have to do this,” Flax says. 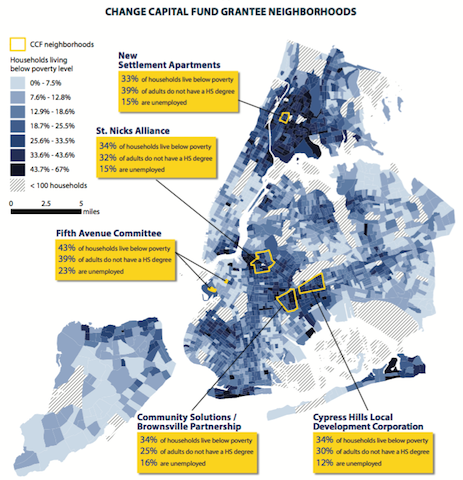 As a consortium, they’ve historically encouraged grantees to explore next logical steps in serving their communities.

CHLDC, for example, has already developed over 400 units of affordable housing since 1983, but never in a building of more than 27 units. With funding from the consortium, they hired a project manager to develop one project with 60 units and a supermarket on the ground floor, and another project with 54 units of senior housing. CHLDC has also worked more than 15 years revitalizing the main commercial corridor in the area, improving storefronts and getting entrepreneurs of color, almost all of them residents of the area, set up along the corridor.

Those efforts, however, “didn’t really produce a lot of jobs,” Neugebauer says. CHLDC learned from working with the Pratt Center on Community Development that manufacturing wages are better paying on average than retail job earnings. They’re now looking to acquire and develop a manufacturing space, with prospective tenants including food manufacturing companies and a rooftop urban agriculture group. Consortium funding allowed CHLDC to hire another project manager for this project. “It was a strategic decision to use our experience in developing residential space and partner with people that have done manufacturing space development and create some good living wage jobs in manufacturing in the neighborhood,” Neugebauer says.

CHLDC also has a suite of programs designed to get and keep youth on the path to college graduation. It starts in middle school, featuring peer counselors, eighth graders who help other eighth graders figure out the best place to go to high school (NYC allows eighth graders to choose to go to a high school outside their neighborhood, using a complicated lottery and preference system). “NYC high schools really vary in their quality, in their graduation rate, the number of young people they send to college,” Neugebauer explains. The suite also features peer counselors to help 11th and 12th graders with the college application and admissions process. CCF funding is helping them work out a program to fill in the gap at the ninth- and 10th-grade levels.

All of these projects barely even scratch the surface of CHLDC, which serves over 10,000 people a year through its holistic and comprehensive menu of programs, from workforce development to afterschool programs to tenant harassment enforcement and more. Neugebauer says her biggest fear is that they come off like a shadow bureaucracy. Support from the consortium also helps them tie it all together, by giving them the resources to hire their first ever director of evaluation and research.

“We want to figure out of those 10,000 people, how many families are we touching, what is the intensity of the service we’re providing to these families, and if there’s multiple interventions, whether that sum of interventions is meaning more in terms of lifting people out of poverty,” Neugebauer explains. “I’ve dedicated my whole career to this, but now I can really prove — or in some cases not prove — and be able to improve our work to have an impact on people’s lives in a really deep way.”

The stakes are higher still than just whether or not groups like CHLDC still matter and make a difference for struggling neighborhoods and households in NYC. Ultimately, the funder consortium believes it is out to prove that this kind of work is worthy of much larger-scale support from the public sector. The focus on gathering data is part of all five grantees’ work plans, in part for the purpose of proving that groups like these matter more than they’re currently valued by many other possible funding sources.

“It’s very clear, CDCs are consistently under-resourced with increasing demands put on them. Private dollars, foundation dollars will never fill the gap. It’s gotta be government,” says Flax. “We owe it to these groups and these communities to get in front of the mayor, get in front of HUD, get in front of the governor’s office and make our pitch.”