Median Incomes for City-Dwellers Are Finally On the Rise 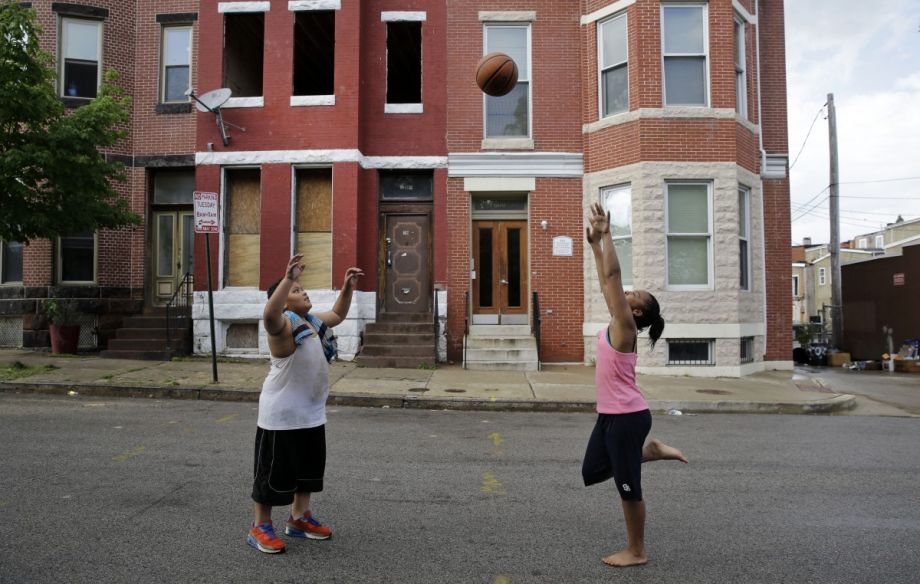 Children play with a basketball in the Reservoir Hill neighborhood of Baltimore. (AP Photo/Patrick Semansky)

Despite ominous election-year prognostications on the state of the economy, the annual U.S. Census Bureau’s Current Population Survey results contain some good news for a change: Incomes are up, and the poverty rate and percentage of people uninsured are down.

At the same time, households in rural areas or small towns didn’t see a statistically significant change in median income, and had the lowest median income — $44,657. Similarly, the poverty rate dropped to 13 percent in metropolitan statistical areas — down from 14.5 percent in 2014 — but the poverty rate outside of metro areas remained almost unchanged at 16.7 percent. The actual number of non-metro residents in poverty did drop, from 8.2 million in 2014 to 7.4 million in 2015. The poverty rate for those living in metro areas but outside the principle cities also dropped from 11.8 percent to 10.8 percent, while the rate in principle cities dropped from 18.9 percent to 16.8 percent. Nationwide, the poverty rate decreased in 2015, down to 13.5 percent from 14.8 percent the year before. That’s 43.1 million people in poverty in 2015, 3.5 million fewer than in 2014. 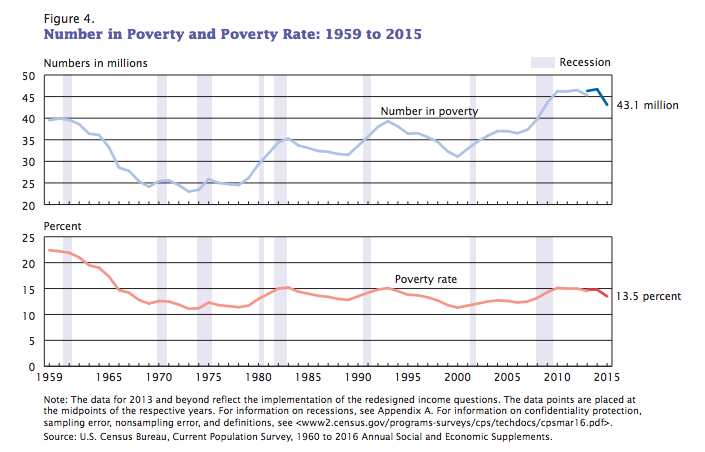 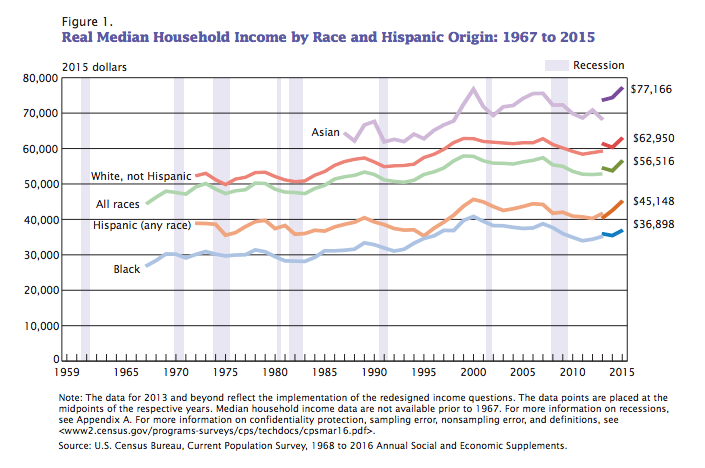 The report, “Income and Poverty in the United States: 2015,” also found that the number of people working full-time year-round increased by 1.4 million for men and 1 million for women. Men saw a 1.5 percent increase in real median earnings, while women saw an increase of 2.7 percent. The female-to-male earnings ratio remained at 0.8, not significantly different from the year before. Men’s median earnings were $51,212 in 2015, while women’s were $40,742. 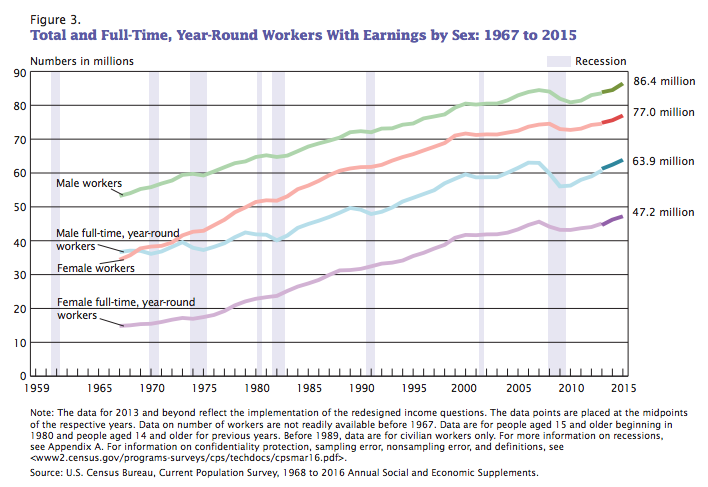 A second report also indicated that the percentage of people without health insurance also decreased by 1.3 percentage points between 2014 and 2015, meaning 90.9 percent of the population had health insurance for all or part of the year. Private health coverage was more prevalent than public coverage, at 67.2 percent compared to 37.1 percent. Employer-provided insurance covered 55.7 percent of the population for all or part of the year, followed by 19.6 percent on Medicaid, 16.3 on Medicare, 16.3 percent on direct purchase, and 4.7 percent on a military plan.

The Current Population Survey is administered by the U.S. Census Bureau and U.S. Bureau of Labor Statistics. It is the primary source of labor force statistics in the U.S. and used to calculate monthly unemployment rate estimates. Data is gathered through monthly surveys.