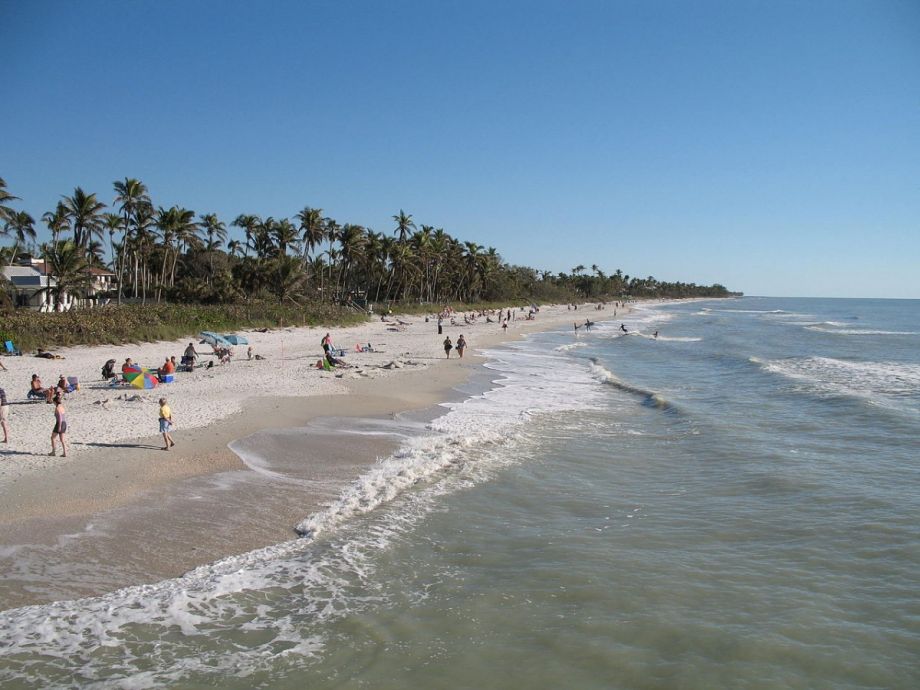 Naples, Florida was ranked one of the fastest-growing metro areas. (Photo by Marc Ryckaert)

New data from the U.S. Census Bureau reveal that six Florida counties were among those with the highest rate of population growth.

Populations in Philadelphia and New York City also continue to grow. The Philadelphia Inquirer notes that the Census data show last year marked the city’s eighth consecutive year of population growth, but most of that uptick was due to the birth of new residents. Conversely, more people left Philly than moved there last year.

Though a large number of those leaving Philadelphia are heading to the suburbs, data from New York suggest the opposite. Population is up in each of the five city boroughs; Brooklyn leads the way with an additional 19,000 people. Statewide, however, 43 counties saw a population decline.

Los Angeles County has the highest population at 10.1 million, and California remains the country’s most populous state, followed by Texas.

Chicago Business reports that city’s population is essentially stagnant: The number of births and new residents barely exceeded the number of deaths and departures, perhaps partially due to post-recession economic recovery that had previously kept Chicagoans from moving away.

Of the top 20 fastest-growing metro areas, six were in Florida and four in Texas. 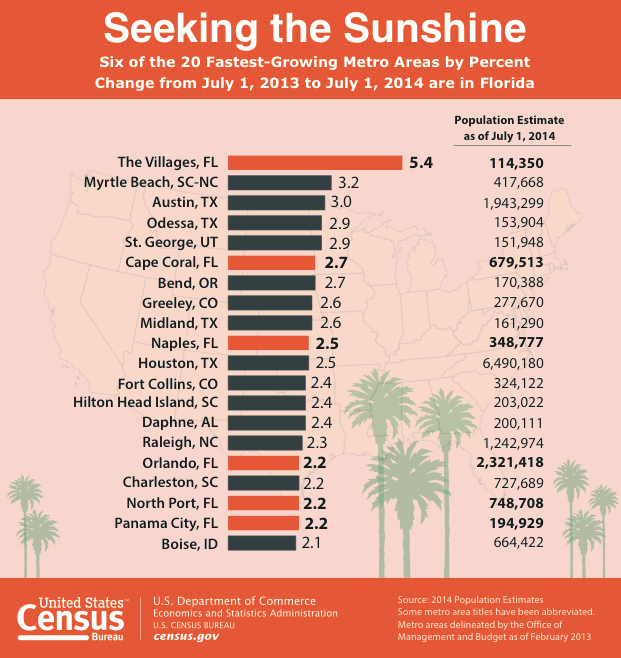