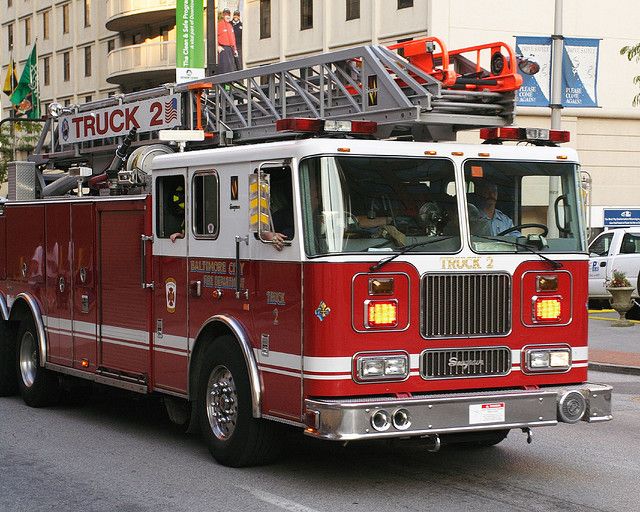 Forced to close three fire companies later this summer, officials in Baltimore have passed a resolution to explore selling ad space on the sides of fire trucks to help prevent further closures.

Baltimore isn’t alone, and joins a long list of cities that have adopted similar money-raising strategies. Baltimore’s decision adds to what appears to be a growing trend: Increasing dependence by governments on private companies to help sustain public infrastructure.

In Louisville, Ky., funding for fire companies wasn’t the problem; it was the city’s large number of road potholes. KFC, the fast-food chain, paid to fill the potholes well as to replace fire hydrants. In exchange, KFC’s logo was temporarily stenciled on the manhole covers and hydrants.

In exchange for advertising rights, Diego della Valle, of Italian luxury brand Tod’s, is sponsoring the $33 million restoration of the Coliseum in Rome. The decision was made in the wake of cuts to government funding of the monument, despite concerns that the non-specialist restorers brought in by Tod’s would cause irreparable damage.

A similar advertising model is the basis of the Adopt a Light program, based in Nairobi, Kenya. Founded in 2002, Adopt a Light works with the Nairobi City Council to sell advertisement space on streetlamps. Companies that purchase the space agree to maintain the streetlamps, a task that the Kenyan government doesn’t have the funds to complete on its own.

Is reliance on ad sales a sustainable way to maintain infrastructure? Is there something inherently wrong with branding public spaces with logos and ads?

To advertisers, public infrastructure could increasingly represent a new domain — endless empty spans of concrete, brick or in Baltimore’s case, the red paint which coats the city’s fleet of fire trucks. To a struggling city, this space could be a small, yet reliable, source of income — but at what cost?