Cash Rules Everything and the Pandemic Only Proved it Again 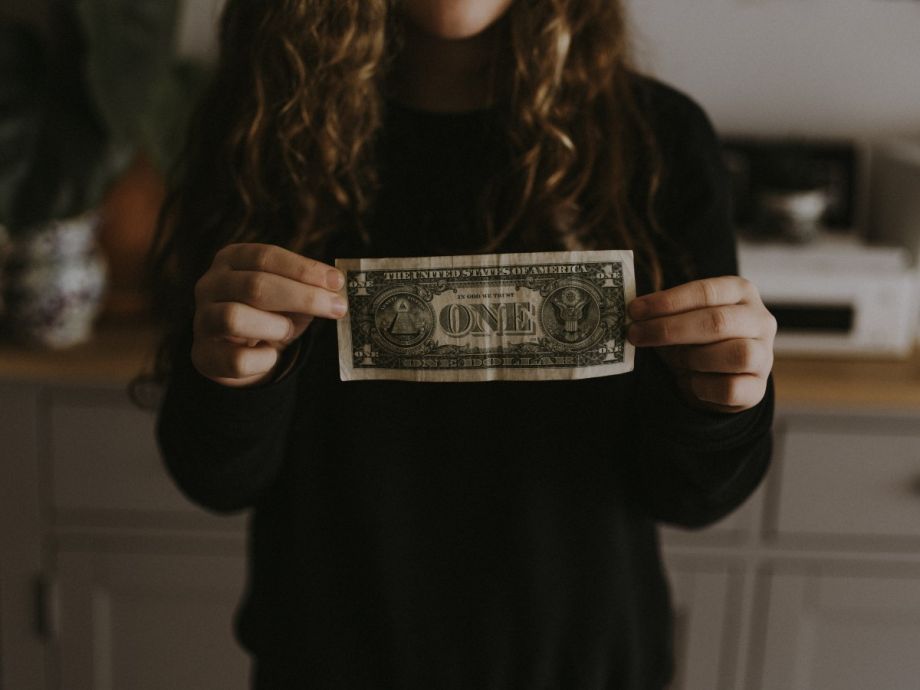 One year ago, as the pandemic started to take hold across the country, there was so much we didn’t yet know — how long it would last, how many hundreds of thousands of loved ones we’d lose, how many jobs and businesses and dreams would fall by the wayside, how many restaurants, bars and performance venues might we have to wish goodbye without actually being there for one last hurrah. But one thing we knew, for better or for worse.

More than 22 million people lost their jobs in March and April of last year, yet the poverty rate actually fell two percent in the months after the pandemic, according to researchers from the University of Chicago and the University of Notre Dame. The cause they cited was the combined effect of $1,200 stimulus checks and $600 a week in expanded unemployment benefits.

“The federal government considerably expanded economic support for households in a way that it never has in the past,” Jim Sullivan, a professor of economics at Notre Dame and one of the lead researchers on the study, told Marketplace in June. “That support has gone a long way.”

Other researchers warned that findings like these did not rule out the fact that millions of households encountered difficulty and delays in accessing those stimulus payments and unemployment benefits. Many were barred entirely because of immigration status. Still, 13 million people would have fallen below the poverty line were it not for those benefits, according to one estimate. And it’s important to note, these benefits were an expansion on the existing social safety net, including SNAP and medicaid or housing assistance, not a replacement.

But the temporary nature of that initial boost meant that poverty did ultimately spike later in the year as benefits expired, even as job growth returned when states started to re-open.

Some policymakers are still repeating the old claim that unemployment benefits are a dangerous disincentive to go back to work. But new research during the pandemic from Yale, the Federal Reserve Bank of Chicago, the Federal Reserve Bank of New York, and the National Bureau of Economic Research piled on top of older research that unemployment benefits don’t reduce the incentive to find a job.

Even long-term unrestricted cash assistance doesn’t reduce the incentive to work, according to the recently released results of a three-year pilot program in guaranteed income that took place in Stockton, California. And now more mayors across the country are looking to fund similar pilot programs with public or private dollars, with the intention of disproving the racist “welfare queen” myth that opponents of cash assistance programs often cite. The mayors ultimately want the federal government to fund a robust nationwide guaranteed income program as part of the social safety net.

Mayor Shawyn Patterson-Howard of Mount Vernon, New York, touted the boost for small businesses in her community that would come from a robust guaranteed income scheme. “When you give money to big businesses, they invest in offshore accounts,” Patterson-Howard said in a September press conference, as I reported at the time. “When you give money to people, they’re going to spend it in their community.”

Unfortunately most of the cash so far that has flooded the economy as a result of the federal response to the pandemic has gone to big businesses and wealthy investors in the U.S. and abroad. The first and biggest flood of cash so far has been from the Federal Reserve’s “quantitative easing” programs, which bought more than $3 trillion in assets from investors over the past year, most of it in the first three months of the pandemic. The Fed’s stated goal with quantitative easing was to stabilize financial markets during a period of uncertainty, but it also has had the effect of handing $3 trillion in new cash to whoever previously owned those assets — mostly large investors in the U.S.

By comparison, the CARES Act cost has been estimated at $1.9 trillion, of which about $375 billion went toward small business grants and loans, $260 billion toward expanded unemployment benefits, $290 billion toward the first round of stimulus checks.

And even the share of the CARES Act cash that was supposed to be for small businesses was riddled with loopholes that allowed large corporations to access those funds legally — if, for example, they were hotel or fast food chains with multiple locations. Around 450 publicly traded companies received forgivable loans under the CARES Act’s Paycheck Protection Program, totaling $1.3 billion. Some returned the funds after they were called out for taking them.

And it got worse. The Small Business Administration, which administered the Paycheck Protection Program in partnership with the U.S. Treasury, has long had difficulty reaching Black, Hispanic and women business owners with its programs — and the Paycheck Protection Program was no exception. Upon further investigation by its own internal inspector general and members of Congress, the agency was found to have encouraged banks to prioritize their existing customer base, resulting in tremendous racial disparities favoring white-owned businesses.

As noted in a report from the House Select Subcommittee on the Coronavirus Crisis, “By limiting their PPP loan programs to existing customers, lenders shut out many minority-owned businesses that did not have pre-existing business banking relationships.”

The same report notes that while the SBA does work with nonprofit lenders and minority-depository institutions that have a better track record of reaching communities of color and women business owners, many of those lenders were initially locked out of the Paycheck Protection Program because of an arbitrary rule that they had not yet made at least $50 million in previous SBA-guaranteed loans.

As members of Congress have pointed out in monthly hearings with Treasury Department and SBA officials, these patterns of leaving out or leaving behind historically marginalized communities directly contradicts the language within the CARES Act itself. Later relief bills have sought to address these recurring mistakes.

We’ve also learned over the past year that the Federal Reserve is able to do some new things to direct cash more intentionally to where it’s needed most, like making loans to state and local governments and agencies, or partnering with local lenders to make direct loans to small businesses. While the structure of these new programs haven’t worked very well for many potential borrowers, the fact that they exist as precedent is emboldening grassroots organizations with new demands on the Federal Reserve.

“The CARES Act has opened this door,” said Saqib Bhatti, co-director of the Action Center on Race and the Economy, in an interview with Next City last October. “We’re negotiating over the actual terms now, as opposed to whether [the Fed lending to state and local governments] should actually be happening.”

There is still a lot more that we are going to find out over the next few months, especially given the sea-change in federal politics over the last few months, with a new administration and new congressional majority. Vaccinations are also new to the equation, with ten percent of the population vaccinated and counting. There’s also the structure and magnitude of new assistance to consider from a new $1.9 trillion relief and recovery package on the verge of being signed into law. And the return of warmer weather has many restaurants, bars and retailers looking around to see who made it through the winter and what that might mean for them.

All of these things and more will be on the minds of workers and small business owners as they weigh their options for going forward.

One community development lender with hundreds of small businesses borrowers in immigrant neighborhoods across New York City told me she really doesn’t know how bad the damage might be to businesses in her portfolio, as many owners are still in a holding pattern to see how quickly vaccinations ramp up before deciding if it’s worth holding out to re-open or if it’s better for them to fold and move on. But even she has been surprised at their resilience so far — buoyed mainly by the amount of cash assistance that has managed to trickle down to those businesses and their workers over the past year.