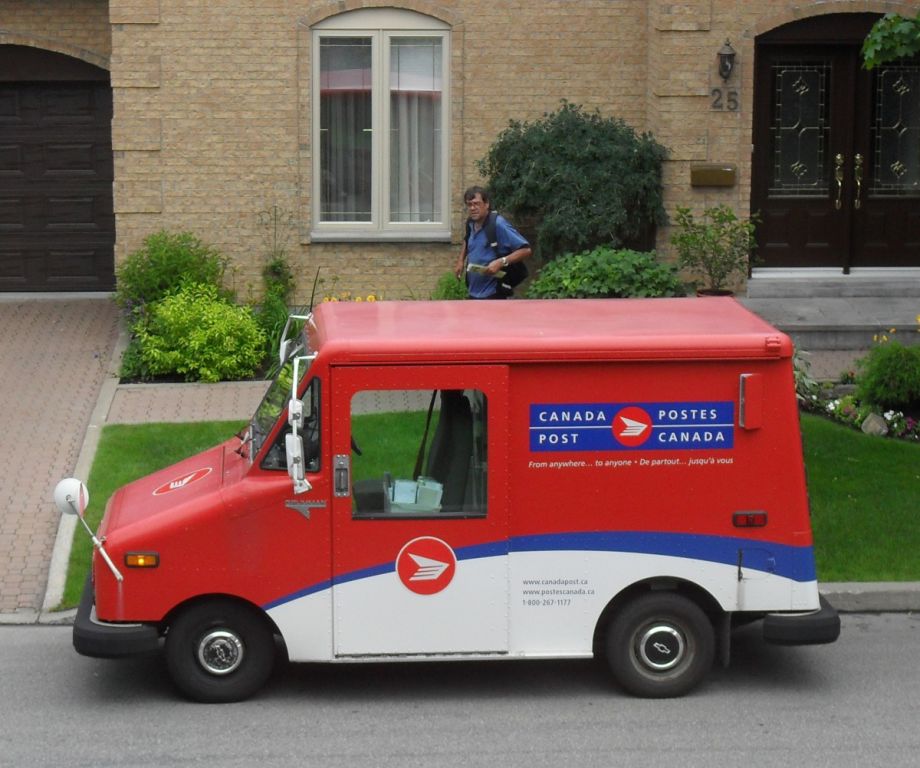 Across the Western world, postal delivery services are struggling under the weight of online competition. E-mail siphoned off the personal letters, online bill paying slowed the flow of monthly bills, and online advertising is cutting into the cash cow that was chain store circulars and other types of junk mail.

If the mail were a normal government service, we might just accept its newfound unprofitability and subsidize delivery in the Internet age. But in many countries, including the U.S. and Canada, the postal system is required by law to be self-sufficient, ruling out subsidies that often go to other government services and infrastructure. Rather than accept losses, postal services have had to adapt and change their business models.

The U.S. Postal Service has, like its Canadian counterpart, not received subsidies since the 1980s. Urban profits traditionally subsidized delivery to sprawling rural areas, but with first class mail peaking in 2001, the USPS has had to close thousands of small post offices and reduce hours at others. It also announced plans to stop delivering certain kinds of mail on Saturday, though that plan was nixed in the face of congressional opposition. (Not that Congress has stepped up to the plate with subsidies, mind you.)

In Canada, the strategy is a bit different: Canada Post announced plans yesterday to phase out home delivery in urban areas within the next five years. Anywhere from 6,000 to 8,000 jobs would be cut, with attrition claiming the same amount.

The move is not exactly a sea change in Canadian mail delivery. “As it stands now,” CBC News reported in September, “only one-third of Canadians get their mail delivered right to their door. Everyone else picks up the post from community, apartment or rural lot line mailboxes.” The change would affect mostly urban single-family home dwellers, who are packed too densely to depend on community post offices but who also don’t have lobbies with post box banks. The move is no silver bullet, though. According to the Conference Board of Canada, a non-profit think tank, eliminating delivery to urban residents would cut the annual deficit, estimated at around $1 billion this year, in half, leaving Canada Post to find other solutions for the remaining half-billion dollar loss.

As the USPS searches for solutions to its own financial quandary, one best practice from beyond North America also emerges: privatization.

The United Kingdom studiously avoided selling off the Royal Mail during Thatcher-era privatizations, when other state-owned businesses hit the auction block. Earlier this year, however, it sold off a large portion of the company, founded in 1516, on the London Stock Exchange. In 2000, Germanany offered up shares of Deutsche Post to the public in the country’s largest IPO of the year. By 2013 the government’s share had been reduced to one-quarter of the company.

In East Asia, the privatization of Japan Post hasn’t gone as well. The company — which is more like a bank that delivers mail, at one point with more than $2 trillion in deposits — has started to undergo privatization, but the shares are still owned by the Japanese Ministry of Finance. This mirrors the privatization of Japan’s various railways and metros: First the government transfers the assets to a wholly state-owned company tasked with operating more like a private company, and eventually offers up the shares to the public, completing the process. The three largest national railway subsidiaries have been fully privatized along these lines, but Tokyo’s two subway systems are still in semi-privatized purgatory.