Can Virtual Cleanups Get Trash off Real Streets? – Next City 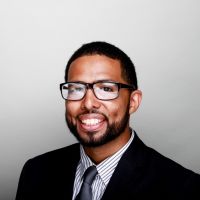 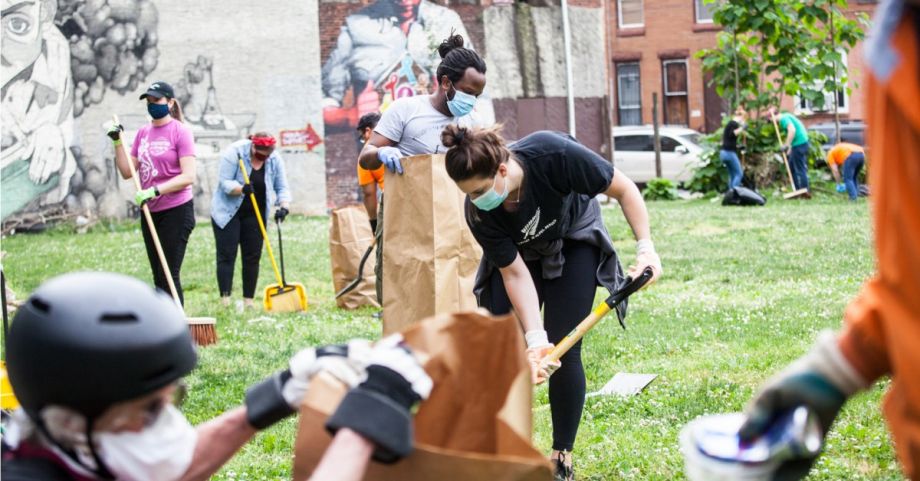 Masked up but still together: A photo from one of NKCDC's cleanups in early June. (NKCDC/Lowell Brown)

Since 2008, Philadelphia’s annual spring cleanup has helped people all over The City of Brotherly Love make it even more green. The neighborhood of Kensington, a northeastern community near the Delaware River, is no different.

The New Kensington Community Development Corporation’s annual cleanup is usually a productive event that brings dozens of neighbors together for a good cause. The cleanup is a breath of fresh air for a neighborhood that is usually in the news because of its struggles with poverty and drug abuse. After a day of cleaning up, participants celebrate with a free barbecue at Philadelphia Brewing.

The COVID-19 outbreak changed all of that.

Safety measures to help fight the spread of coronavirus have made many people stay home instead of maintaining their usual habits.

Instead of having a one-day in-person cleanup with several members of the community working together, this year’s NKCDC cleanup took place over several days and participants were encouraged to post their work on social media.

While the group was on the mark in attempting to help public safety with its virtual cleanup, not as many people participated as they would have liked.

“In all honesty it wasn’t as successful as we wished it could have been,” Jessica Hoffman, NKCDC program associate, says. “We are used to doing community engagement in person door to door. Switching to online and social media has been difficult.”

As one of the handful of volunteers at this year’s cleanup, community health worker Gloria Cartagena found out about this year’s virtual clean up because of her frequent work with NKCDC. She noted how different this year’s project felt.

“We are all quarantined in our homes and the city has pretty much closed,” she said. “Trash is building up, crime in the area has risen, and we don’t have that much support.”

Cartagena has volunteered in the community for 35 years. She believes trust will go a long way in having people come out of their homes to volunteer again. “I have some people that help volunteer all the time asking about the city reopening up,” she said. “I have support in the neighborhood of those that are scared. To build up that trust again will take time, but I call our people soldiers.”

Like many other organizations and businesses, NKCDC has worked to pivot as efficiently as possible to using virtual meeting platforms like Zoom to connect with the people it serves. Shifting to these digital communication tools can have a slight learning curve, but it’s the closest thing to meetings that social distancing will allow.

Cartagena believes COVID-19 has made life in Kensington more dangerous. “It’s worse because things have changed dramatically,” she said. “Police now have guidelines to avoid things and everyone here in the street from the hustlers to people on drugs know what’s going on.”

As a for-profit business, United By Blue sells clothing and home goods, committing to removing one pound of trash from oceans and waterways for each product sold. In 2019, the brand sold 1.1 million products and consequently was on track to remove 1.1 million pounds of waste in 2020 via in-person cleanup events.

United By Blue’s community cleanups coordinator Maria McDonald and her team typically expect some 200 volunteers to participate in the nationwide cleanup events that the company considers an integral part of its mission.

Starting this past April, McDonald and her team employed social media to raise awareness for monthly virtual cleanup events. Instead of people meeting at a nearby river or park, participants were tasked with tasks such as cleaning up their communities or even minimizing the waste in their households.

“One of the positives has been that while in-person cleanup is in one place at a time, but [virtually], anyone in the world can get involved,” McDonald says. “In-person events are confined to one space. Everybody during this pandemic keeps saying ‘separate but together’ and we’re seeing people clean up all over the country.”

In addition to cleanup instructions, United By Blue offers their own cleanup kits for purchase and tips for people to make their own cleanup kits at home. While McDonald says that there isn’t a way to track how many people virtually clean up each month, she notes that between 100-150 people signed up for each event on Eventbrite and Facebook. Plus, while typically staffers are on hand to weigh collected trash and count it toward the company’s mission, that part of the cleanups have been put on hold due to the pandemic. Instead, United by Blue asks volunteers to submit information on their cleanups through a data portal and is using the information to “inform local environmental policy and watershed health resources,” McDonald said by email.

For McDonald, the two biggest missing components of the virtual cleanup concept are energy and education. The energy that people share in helping clean up a space can be palpable, and one of the more popular moments in regular cleanups comes when participants take pictures with a space after a successful cleanup.

Because United By Blue is not a national brand, they frequently welcome local nonprofits to educate participants on the backgrounds of cleanup spaces while doing cleanup. “We don’t pretend to be experts, so we usually invite local nonprofits to talk about why a river or local species may be affected,” McDonald says. “It’s tougher to do that virtually. People get a lot of freedom but not the same education.”

McDonald believes that “bite-sized activism,” or cleanup acts of all sizes, will help people of all backgrounds work towards a better tomorrow in the face of a pandemic. “Small little actions go a long way,” she says. “No clean up or action is too small.”

Gloria Cartagena is of a similar accord when describing why she and other Kensington community leaders continue to push for a clean neighborhood:

“This is my home. This is my community. This is a family neighborhood.”

This story is a part of our Broke in Philly mini-series, the Hidden Environmental Costs of COVID-19, a partnership between Green Philly and Next City. Broke in Philly is a collaborative reporting project on solutions to poverty and the city’s push toward economic justice. Next City is one of more than 20 news organizations in the collective. Follow us on Twitter @BrokeInPhilly.

Michael Butler is a native of Augusta, Georgia and has written for publications like WHYY, Okayplayer and Remezcla.