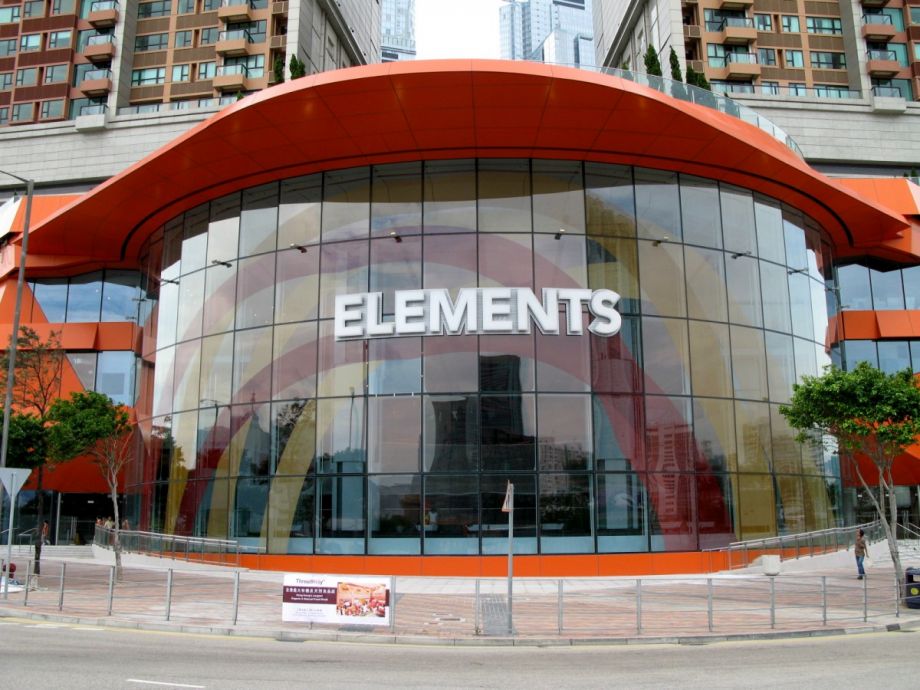 Elements, a mall at Kowloon Station developed by the MTR. Credit: WiNG via Wikipedia

Two years ago, Hong Kong’s MTR — the Mass Transit Railway Company Limited, a public-private company charged with running the city-state’s sleek rapid transit network — hired the then-chairman of New York City’s Metropolitan Transportation Authority, Jay Walder, as its new CEO. It was an abrupt, surprising move for the native New Yorker. Walder left the MTA after completing some important modernizations to its cash-strapped system, but before accomplishing much of what he had come back from a stint overhauling the London Underground to do.

Walder again returned to the U.S. two weeks ago to evangelize about the benefits of the Hong Kong model, known as “rail plus property.” In a value capture scheme, MTR is granted low-cost land around its future stations. It then develops the land and uses the profits to pay for system expansion. Through this system, MTR has managed to build subways and elevated rail lines throughout the islands that make up Hong Kong, largely paying its own way. (For more on value capture, check out Mark Bergen’s August 2012 _Forefront _ story.)

“If the infrastructure is not self-sustaining,” Walder told an audience at Harvard’s Kennedy School of Government, “it cannot rely on public funding always being there. At some point politics simply diverts the money elsewhere. And you might say it doesn’t have to be that way, but that is just the reality of the case.”

“The situations may be a little bit different in New York and London, for example,” he went on, “but I think the lesson is really the same.” The lesson being that forms of value capture, which draw money to transit from real estate development, are needed to support the expansion of transit networks.

But “a little bit different” may be an understatement. Not only is Hong Kong’s model a hard sell in a city where government owns far less valuable land, but it seems unlikely that any value capture scheme could meet the substantial challenges of New York City’s transit growth.

The first distinction between Hong Kong and New York is one of operational budgets. In Hong Kong, the fares that MTR charges riders cover these costs and more. With nearly $1.9 billion in fares paid in 2012 and a little more than $1 billion in transit operating expenses, for a total farebox recovery ratio of 186 percent — exclusive of any real estate deals, either inside the stations or on surrounding land — fares more than totally covered the cost of electricity, maintenance, salaries for workers and other ongoing costs.

In New York, by contrast, fares only covered 57 percent of operating expenses in 2012, and even this number may be overstated. For years the MTA has been booking what other systems would consider normal operating costs as capital programs. As a result, the MTA just put a request in for $106 billion in capital funding over the next 20 years, not a dime of which will go to expanding the system outward by, for example, completing the Second Avenue subway.

Since value capture has traditionally gone toward funding system expansions, these multibillion-dollar annual costs — $5 billion each year for its capital plan, and much more to cover operating losses — will likely never be covered through real estate development.

Another major difference between New York and Hong Kong is that the former does not own vast tracts of land to give to the MTA. In Hong Kong, MTR is granted land around its future stations, paying a very low price — the price that developers would pay for the same land — and then reaping huge profits from either developing the land or selling it off to developers with already-entitled development rights. (Though this strategy has come under fire even in Hong Kong, where critics say that the government might be able to extract even more money out of its land by just selling it off itself to the highest bidder.)

MTR has been able to convince the Chinese cities of Shenzhen and Tianjin to let it do something similar, but in New York and most of the rest of the developed world, land around possible future stations has been in private hands for centuries. There is little to no government-owned land, for example, along Second Avenue in Manhattan, or Utica and Nostrand Avenues in Brooklyn, where the city might build future lines. Where the government does own land — for example, atop New York’s rail yards — it’s difficult to develop, and not as lucrative as the virgin terra firma that Hong Kong’s government can make available.

Perhaps the most alarming factor is an issue at the heart of any discussion about expanding transit systems in U.S. cities: The mostly unexplained and unstudied construction cost premium for transportation projects, and especially underground rail tunnels.

Hong Kong has very high construction costs by the standards of other dense, wealthy cities, with one small subway tunnel costing the equivalent of almost $600 million per kilometer, and another longer one clocking in at nearly $700 million per kilometer. These relatively high costs may partly explain why Hong Kong needs to develop land to pay for new rail lines in the first place.

But New York’s costs blow Hong Kong’s out of the water. The first phase of the Second Avenue subway came in at $1.7 billion per kilometer, and the 7 train extension to Hudson Yards, in one of the last empty corners of Manhattan, cost $1.3 billion per kilometer (a number that would have risen closer to the Second Avenue line’s cost if two stations had been built as planned, rather than just one).

Using value capture to pay for subways is hard enough, but it becomes nearly impossible when costs are anywhere from two (in the case of Hong Kong) to five or more (in the case of Paris) times those of New York’s peer cities.

New York has used value capture once before, and it may do so again. But when you look closely at how the Hudson Yards value capture scheme to build the 7 train extension to the Far West Side turned out, and how the Midtown East upzoning proposal to pay for smaller improvements to existing stations is shaping up, you start to wonder how scalable value capture really is.

The best example of value capture in New York is the 7 train extension west and then south of its current terminus at Times Square. With the land already in private hands and the area too marginal to charge extra for development rights, the Bloomberg administration worked out a deal whereby it sold bonds to pay for the estimated $2 billion project, with property tax revenues from all future office buildings in the area directly paying off the bonds.

There are legitimate equity concerns about essentially mortgaging away the tax revenue associated with 25 million square feet, or well over a decade’s worth of new office development, for a single project, leaving nothing to pay for schools, parks, police and other city services. But even aside from those, the city overestimated the benefits and underestimated the costs.

On the cost side, the subway line saw around $300 million in cost overruns, even after it cut out the middle stop. (There were supposed to be two stops after Times Square, one at 41st Street and 10th Avenue in and another at 34th Street and 11th Avenue.) On the revenue side, office development hasn’t kept pace with projections, and the city had to throw in nearly $300 million to make up for the shortfall.

And then there’s the question of whether it’s scalable. Twenty-five million square feet of new office space around a single stop is a tremendous amount of development that can’t be replicated anywhere else in the city, never mind once for each stop on the Second Avenue subway — which is around what it would take to fund the line.

The Midtown East upzoning, which is only a proposal at this point, is a better example of what the city could hope to get out of value capture schemes. But even there, the estimated less than 4 million square feet, net, of new office space is very controversial, and is only expected to yield half a billion dollars in money for transit. At New York’s stratospheric costs, this is enough to improve circulation at a few existing subway stations with extra staircases and escalators, but nowhere near enough to even think about building new lines.

Value capture may, at first blush, seem like a clever way to build transit where the government cannot. When you look at the specifics of how it might work in a city like New York, though, it’s hard to see it providing anything more than a tiny amount of funding toward new projects that the city desperately needs.

Operational efficiencies, bringing capital construction costs back down to earth, and stumping for additional funding may not be as sexy as value capture, but it doesn’t seem like New York has much of a choice if it wants the next 50 years of transit to be much better than the last.