Can Urbanization Make the World Safer for Girls? – Next City

Can Urbanization Make the World Safer for Girls? 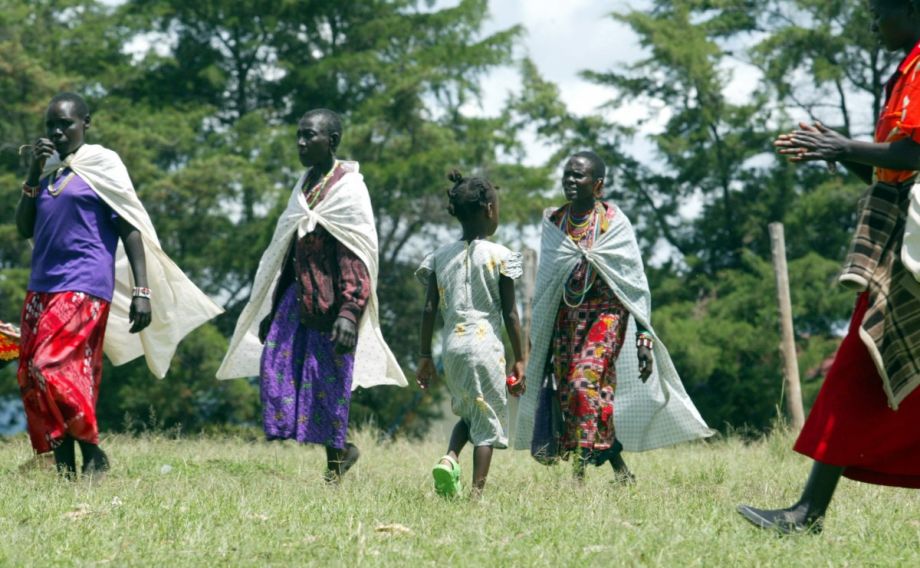 The effort to stop female genital cutting, or female genital mutilation (FGM), may be the longest-running public health struggle in the world. For over eight decades, international groups have pressed a string of nations in equatorial Africa to stop the coming-of-age ceremony that includes cutting away some or all of a girl’s external genitals and sometimes sewing them shut. But change has been slow, and nobody seems sure quite why. Is urbanization a driving force in changing standards?

Opponents of female genital cutting are often passionate about ending a practice they call gender-based violence. “FGM is part of a vicious set of circumstances designed to keep women as underdogs,” writes United Nations Population Fund representative Siddharth Chatterjee. He equates the practice with “child marriage, sexual assault and rape, lack of access to health care, lack of access to education, high maternal mortality and lack of economic opportunities.”

The harm of FGM is severe enough that female refugees can be granted asylum on the basis of their having been cut or the prospect of their daughters being cut. “I’ve had many women describe their horrific accounts of what the actual procedure is like,” says Sondra Crosby, a doctor affiliated with Boston University and the Harvard Program on Refugee Trauma who has supported women seeking this form of asylum. Crosby describes the procedure as causing “excruciating pain” and psychological trauma.

The advice to ban FGM hasn’t always been well-received. From 1929 to 1932, for example, British colonialists mounted an effort to stop Kenyans from cutting pubescent girls. This led to the ethnic group Kikuyu organizing an uprising, during which Kenyan Prime Minister Jomo Kenyatta wrote: “The real argument lies … in the understanding of a very important fact in the tribal psychology of the Kikuyu — namely, that this operation is still regarded as the essence of an institution which has enormous educational, social, moral and religious implications, quite apart from the operation itself.” The protests eventually helped foment the Mau Mau Uprising, one of the most important anti-colonialism movements in African history.

Today, Maasai women in Kenya reiterate Kenyatta’s point, and 73 percent of females of that ethnicity undergo the cut. Among Somalis, including many living in Kenya, 97 percent of women do the same. “The circumcisers will not leave their career simply because they’re being told to leave it,” one professional cutter told the media.

Yet Kenya as a nation has left FGC. The country made it illegal with the Prohibition of Female Genital Mutilation Act of 2011. And more interestingly, the Kikuyu themselves have largely stopped participating in the practice — and this has been true since before the bill passed.

Jared Nyakeri, communications manager of the Kenya Women Parliamentary Association, which helped pass the Kenyan prohibition, says that the new law was hard-won, explaining that “deeply entrenched cultural beliefs” made members of parliament “very afraid that if they fought against it [FGC], they would lose their posts.” But while he says there have been some arrests related to the now illegal practice, he admits that the new law has not yet created much of a shift in the practice overall.

Most cutting appears to happen now in hinterland communities — where having a circumcised daughter is related to her family collecting an adequate bride price at the time of marriage. Nyakeri acknowledges urbanization’s role in reducing cutting. He says that while many city-dwellers take a trip with their children back to their home villages for the rite of passage, the practice does often decrease among people who live in urban areas.

Some evidence supports the idea. The Kikuyu’s abandonment of the ritual has happened in the same decades during which many moved permanently into cities. And a recent study of women in Egypt found that “urban residents, educated women and literate women more often favored the discontinuation of FGC than rural residents, uneducated/low-educated and illiterate peers, respectively.”

Crosby won’t attest to urbanization’s influence, but she will verify the shift relates to a particular aspect of modern life: education. She describes studies that link primary education access to reductions in cutting — including general education, not just sessions designed to discourage FGC.

Indeed, lack of access to education and several other harmful practices that the UNFPA equates with cutting (“lack of access to health care … high maternal mortality and lack of economic opportunities”) are common to impoverished environments, particularly rural ones where resources are scarce.

Whether FGC rises and falls in connection with urban life remains largely unexplored. But in talking to both Crosby and Nyakeri, it becomes clear that — whether by law, city-dwelling, education, or some other means — female genital cutting might be on the decline.

Nyakeri describes an educational workshop for gender-segregated groups of men and women in rural Kenya: “The most interesting thing they” — the all-male group — “said was, ‘Well, if you tell us today to stop it, we wouldn’t have an issue. To us it doesn’t matter. But what you need to be telling these women to stop.’ So, okay, that’s a different perspective. Because I thought they’d be the ones who’d be fighting for it.”

Crosby says the women, too, are happy to stop: “I think that in seeing hundreds of women in the last 20 years [of medical practice], there has been a movement of women understanding that this is not a good thing, and not wanting their daughters to have this.”