Can Detroit’s Suburbs Help Bail It Out, and Other Questions on Motor City’s Bankruptcy – Next City

Can Detroit’s Suburbs Help Bail It Out, and Other Questions on Motor City’s Bankruptcy 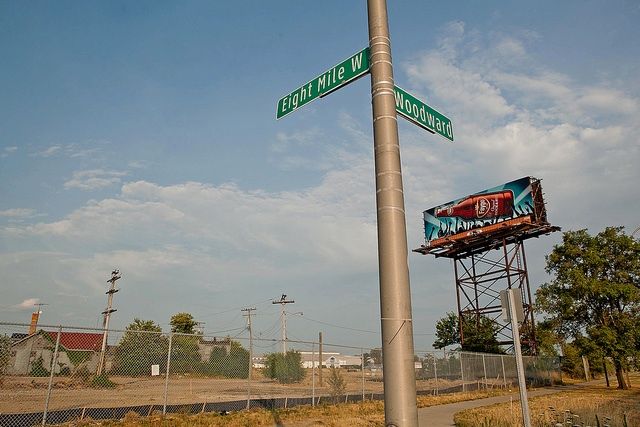 Brookings Institution Fellow Jennifer Bradley studies how metropolitan regions grow. With Bruce Katz she co-authored The Metropolitan Revolution a book on how different players in regional economies must come together if they want to compete in a globalized economy, which came out in June. (Read an free excerpt from the book published by Next City)

Bradley’s message feels especially relevant in the days after Detroit’s tumble into bankruptcy, a declaration decades in the making and clearly linked to globalization’s changed production and consumption patterns. We called up Bradley to talk about where Detroit can turn now that the city has filed for Chapter 9.

Next City: You do a lot of work on regional metropolitan economies and have said many times how people in metropolitan regions benefit from their cities, but often bear none of the costs. They go museums or the opera or to dinner, but don’t pay taxes to support the sidewalks they walk on or the police officers they trust to keep them safe.

There has been more serious attention paid to this dynamic in the Detroit region. The state recently created a regional transportation agency to share the burden of transit expansions, the Southeast Michigan Regional Transit Authority, which held its first meeting in April. Suburban voters in three counties recently voted to tax themselves to support the beleaguered Detroit Institute of Arts. Do you think there are larger steps that could be taken by the suburbs to support Detroit’s efforts to recover from bankruptcy?

Jennifer Bradley: Absent a merger, I don’t think one community can take on another community’s debt. That said, the state could take steps to calm down the bond markets, and when that vote comes to the state house it will be time for the suburban representatives to act. They have to understand that headlines about Detroit are not good for them or their business climate. Outsiders are not making the distinction between Detroit and what is over the line in Wayne County or Macomb County. This [bankruptcy] could help municipal counties understand that Detroit’s brand is their brand, too, and with a bold word like bankruptcy burning in the headlines, that is something they should do.

Voters voted to tax themselves to support DIA. You can build on that. In Denver, it was a huge step forward when the region agreed to tax itself region-wide for arts and culture. It was a huge impetus for more regional cooperation. Its people in the suburbs were saying, “we can find the good there in the city and we will pay for it.” Caring with money is a stronger kind of caring.

NC: Is it critical that the suburbs take a greater role in helping Detroit with its position moving forward?

Bradley: I think that matters a lot and that the entire Detroit region will find itself in a stronger position down the road if the city and the suburbs begin to work together, whether through shared services agreement or working together on economic development project, like the Denver region now does. Detroit matters a lot to the suburbs, and the suburbs can be advocates for the city in the legislature if it the city seeks state help.

NC: You and others have said that Detroit must align its infrastructure and geographic footprint to its current population — in other words, relocate people so that they are living in a smaller geographic area easier for the city to support. Emergency manager Kevyn Orr has taken eminent domain and forced relocation off the table, but could the bankruptcy spur Orr and others to begin taking other hard steps, such as limiting building permits in areas where they don’t want to encourage residential development or incentivizing voluntary relocation?

Bradley: Orr’s main thing is restoring services. That said, the bankruptcy could cause some ripple effects in citizens, making them eager to move if they feel like they will get better services in another neighborhood. In the end, though, I don’t think that bankruptcy will accelerate that process. The city doesn’t even have a property tax assessor. Those bigger policy changes are going to happen on another system. They have to shore up before they can implement other ideas.

NC: Could the federal government take steps to help Detroit pay out these debts? That is, bail it out, like it bailed out the automotive industry that of course helped put Detroit in this situation?

Bradley: I don’t see any federal support for a bailout. If congress right now can’t pass bills that people support — that are on their radar screen, like immigration — it’s hard to imagine that they could come up with another pot of money.