Can Community-Centered Reentry Be the Key to Reducing Recidivism? – Next City

Can Community-Centered Reentry Be the Key to Reducing Recidivism? 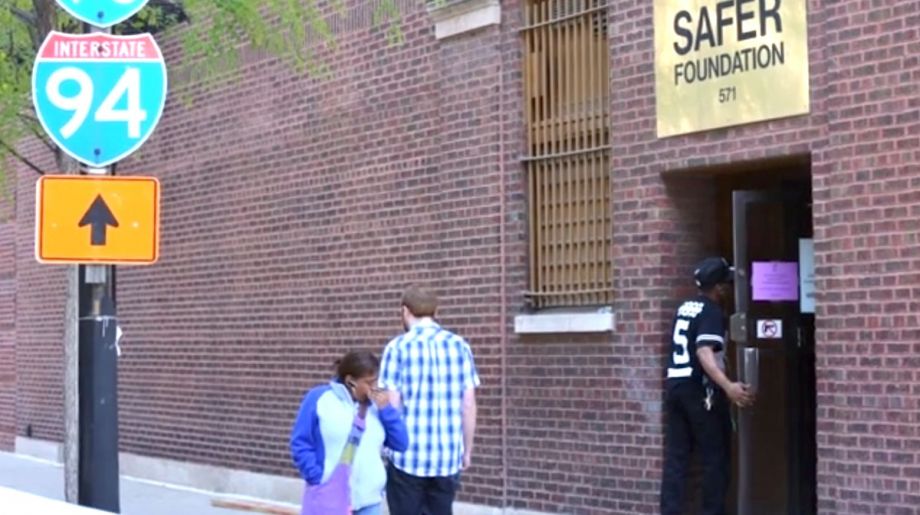 The Safer Foundation led the implementation of Safer Return, which focused on inmates returning to a small area of West Chicago. (Credit: Urban Institute)

During his speech this month at the annual gathering of the NAACP in Philadelphia, President Barack Obama exposed one of the fundamental challenges to reforming our broken criminal justice system when he observed that justice is “not only the absence of oppression, it is the presence of opportunity.”

The message here is simple: While the process of reversing the tide of mass incarceration may start at the prison gates, it succeeds or fails in America’s cities and towns — where roughly 700,000 returning inmates each year confront a complex array of barriers that impede their return to society.

The Washington, D.C.-based Urban Institute has spent more than a decade documenting ways of addressing these challenges, and in 2008, it put those lessons to the test with an five-year pilot program known as the Safer Return Demonstration, which focused on inmates returning to a small area of West Chicago.

Last week, the group published an assessment of its efforts, offering important insights into the factors that go into successful reentry. Primary among them is the crucial role community-centered programming plays in reducing recidivism.

The timing couldn’t be better. With wholesale reforms in the works aimed at reducing America’s inmate population, the number of people leaving prison is all but certain to spike in the coming years, meaning what little opportunity there is for returnees will become even more scarce.

A few proactive lawmakers are taking steps to head off a potential crisis. Congress’ bipartisan Safe, Accountable, Fair, Effective (SAFE) Justice Act introduced last month calls for investing in individualized “recidivism reduction programs” that focus on each offender’s unique needs. Also in June, a Senate bill was introduced to reauthorize and expand the Second Chances Act of 2008, which has provided millions in much-needed federal grants to programs focused on prisoner reentry. Yet despite the fact that successful reentry depends on a confluence of factors, many of these programs continue to operate in a silo, targeting efforts at just one aspect of reentry. As I reported in January, returning inmates are often hamstrung by a lack of guidance on where to find comprehensive support.

According to Jocelyn Fontaine, senior research associate at the Urban Institute and co-author of the new report, this is compounded by the fact that most are returning to communities that are already socioeconomically marginalized.

“These are people who are coming back to highly disadvantaged neighborhoods, with high rates of unemployment and substance abuse,” she says. “Those communities on their own are not ready to receive a higher proportion of people coming home without better support.”

Safer Return sought to mitigate these handicaps by utilizing a highly localized support network and adopting a holistic approach to addressing the most critical reentry needs.

“We looked at all these best practices and really started thinking about how we could bring all these factors to bear,” explains Fontaine. “It’s not just that people need a job or housing or drug treatment. They need all that, and they need it immediately. I see all of these issues as being weaved together and overlapping.”

With that in mind, the program employed a “community-based” reentry model that leveraged the efforts of private foundations, civic groups, churches, and community and family members under a single umbrella to provide services including housing, employment, healthcare and mentoring.

Perhaps most importantly, Safer Return took steps to harness the high level of optimism typically exhibited by inmates when they leave prison by engaging participants as early as possible.

This meant working with the Illinois Department of Corrections to identify and enroll participants while they were still incarcerated as well as employing innovative case management practices outside prison, such as neighborhood-based parole agents and graduated sanctioning for technical offenses.

In the Urban Institute video above, Benneth Lee, of Chicago, talks about his organization, the National Alliance for the Empowerment of the Formerly Incarcerated, which was a partner in the Safer Return program.

By the end of the study period in 2013, more than 700 ex-offenders had received reentry support under Safer Return, and the program had generated several positive outcomes, including a measurable reduction in re-incarceration. However, questions about its cost-effectiveness (the program was funded by a generous grant from the MacArthur Foundation, which also provides funding support to Next City) and some unforeseeable implementation challenges compelled researchers to stop short of calling it a resounding success.

In spite of those shortcomings, the Urban Institute’s experience in West Chicago holds important lessons for lawmakers as they consider how to maximize limited dollars for enhancing prisoner reentry opportunities.

If there’s a primary takeaway, it’s that dismantling enduring barriers to reentry is best accomplished by unifying support systems and fine-tuning efforts on the communities that bear the majority of the brunt.

“We know from experience that the majority of inmates are returning to a small number of urban neighborhoods,” says Fontaine, “[yet] there are too many communities around the country where people have just forgotten about them. If we can concentrate our resources there and colocate resources where people need them the most we can go a long way to lowering recidivism.”