Cambodia Is Perfectly Positioned to Become a Solar Powerhouse – Next City

Cambodia Is Perfectly Positioned to Become a Solar Powerhouse 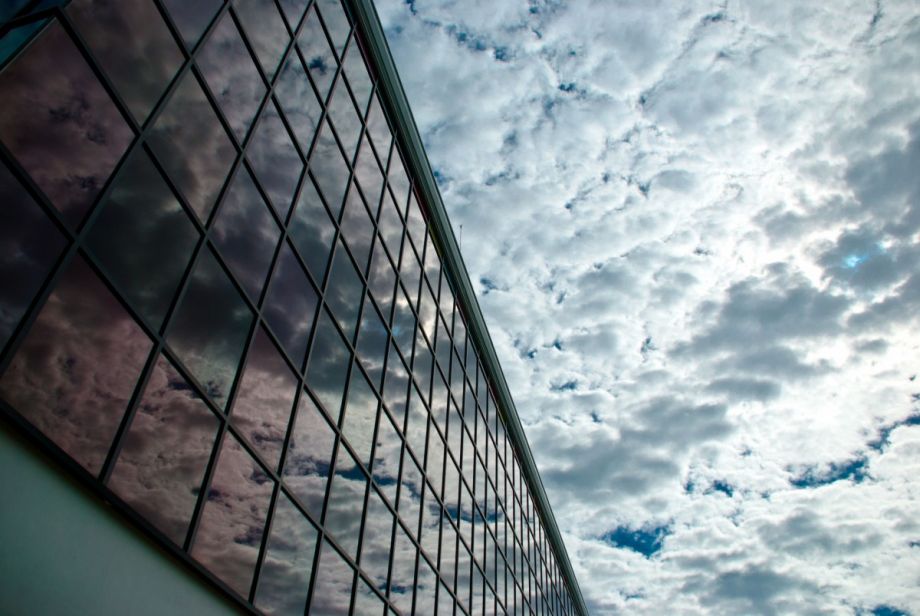 The solar-paneled facade of the Star8 factory in Phnom Penh. (Photo by Sebastian Strangio)

Phnom Penh’s first solar-powered building looks for all the world like a cube of colored Lego blocks dropped in a factory lot on the city’s industrial outskirts. Covered in some 1,350 solar panels — including large panes of multi-colored solar glass — the three-story building has the capacity to produce up to 135 kilowatts of power per hour of sunlight. The roof above the building’s parking lot is covered with solar tiles, and the product showroom across the road is fronted by even more.

For Star8, the Australia-based company that inhabits this futuristic facility, it stands as a testament to the great potential of solar technology in Cambodia. “The solar radiation here is phenomenal,” says Star8’s managing director Philip Stone. “It will revitalize and bring Cambodia into the 21st century.”

You can’t accuse Star8 of aiming low. Next month, the company will launch its first Asian production hub at this futuristic factory site in Phnom Penh, turning out products like solar panels, batteries, roof tiles, solar glass and a range of innovative sun-powered contraptions.

In the Star8 showroom, icy-cool with air conditioning, Stone shows off the range of products that will soon be produced on-site: unobtrusive batteries, solar-enabled glass and roof tiles that can be substituted for traditional building materials. The company has also developed a flexible thin-film solar panel, a descendent of the tiny solar strips that have been used for years to power pocket calculators. “We’ve developed it, modified it, intensified it,” says Stone, “so instead of just running your calculator from it, you can run your company from it.”

Cambodia is primed for a solar power boom. The power supply is so unreliable and grid electricity so expensive here that the country was one of the fastest adopters of renewable energy sources (mostly hydropower) between 1990 and 2010, according to the World Bank. Add in the sunny tropical climate, and Cambodia seems like the perfect place to harness the sun.

“Cambodia has remarkable potential for solar energy development,” says Rehan Kausar, an energy specialist at the Asian Development Bank (ADB). Kausar says the potential is helped by the falling cost of solar technology, which has dropped in some countries to around $0.13 to $0.15 per kilowatt hour — less than the cost of grid power in many parts of Cambodia.

All this offers a possible solution to the power crisis in Phnom Penh, a city where a large recent influx of rural migrants has put great strain on the power grid, resulting in frequent rolling blackouts in the hot season. Stone of Star8 says the country gets 5.5 hours of sunlight per day on average over the course of the year, including the monsoon months, when the weather is often overcast. On clear days, solar panels often begin producing power as early as six in the morning, compared to eight or nine in Western counties. “The solar starts producing at sunrise,” Stone says.

Stone speaks of a future in which everything in Phnom Penh, from homes and small businesses to satellite cities and garment factories, is powered by the sun. If Phnom Penh’s solar revolution ever comes to pass, Star8 will undoubtedly be in the vanguard. Stone shows off the large factory floor where the company will soon employ up to 250 local staff manufacturing its range of solar products. To demonstrate the potential of the technology, production will be completely powered by the sun, and will even push surplus electricity back into the power grid. In a small side-room, a bank of batteries and inverters stands side by side, their green lights blinking, small digital panels recording the oscillating flow of power from the panels.

Parked on the concrete are two prototypes of what might well become Star8’s best-known product: the solar tuk-tuk. Distinguishable from the standard Cambodian variety by its larger frame and quiet engine, the “Solartuk” (available in various models) has a top speed of 37 miles per hour. Prices start from around $2,500 — cheaper than a garden variety tuk-tuk — and financial plans are being readied for tuk-tuk drivers to be able to purchase one of the new vehicles. “We’re going into full production straight away,” Stone says. “We’ve got orders for just over a thousand.” A range of other solar vehicles are also in the pipeline: delivery vans and solar-powered trucks capable of driving 180 kilometers (112 miles) on a full battery.

Star8’s most futuristic plan is to build a solar roadway made of specially engineered slip-resistant glass. Stone says the components are ready, and the company is talking with a developer who owns concessions on National Road 4, the highway linking Phnom Penh to the coastal resort town of Sihanoukville. After building a test stretch of roadway, the ambition is to produce 140 kilometers (86 miles) of highway with the potential to light itself and provide grid-quality power for villages along the way. “It’s getting more and more viable,” he says. “If we put 140 kilometers worth of roads in, we could probably power half of Phnom Penh.”

Solar cars, solar roads, solar cities — it sounds like something out of science-fiction. But there are some big challenges to overcome if Phnom Penh is to make the leap from small, off-grid solar products like phone chargers to fully-fledged solar power eco-systems. Kausar of the ADB says to fully exploit the potential of the sun, a solar photo-voltaic plant would need to be constructed that could feed power into the national grid networks.

This would require firm government support and cooperation with the private sector. “The efficiency of solar in the Cambodian climate is very good. The thing that’s still missing is the regulatory support,” says Arjen Luxwolda, the general manger of the Phnom Penh-based solar company Kamworks. The main problem at the moment is the lack of what is known as a “feed-in tariff,” a special rate that is paid to the owners of solar power systems for surplus electricity that is fed back into the grid, an important way of off-setting the relatively high installation costs.

In fact, Luxwolda says, the Cambodian government wouldn’t even need to offer subsidies for solar panels — something that is common in Western countries — as long as the state utility agreed to pay a feed-in tariff to surplus producers. Luxwolda said this is now the main obstacle to widespread adoption of solar power. “If the government just allowed people to push their power into the grid,” he says, “then it would explode.”