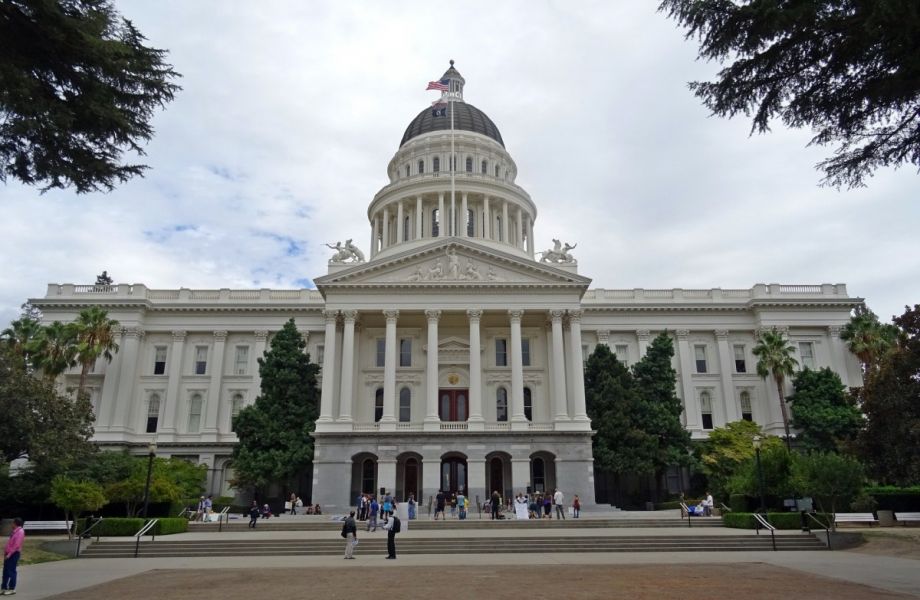 One social justice advocate calls a bail reform bill passed in August by legislators in the Sacramento Capitol, above, a “tragedy.”

In late August, Raj Jayadev and Jose Valle led a group of Bay Area residents to the California Capitol in a last-ditch effort to prevent Gov. Jerry Brown from signing a bail reform bill that is a revised version of a measure that Jayadev, Valle and many activists once supported.

The measure, known as SB 10, would “mass incarcerate our people,” Valle told a state representative after handing him a letter signed by community organizations that share Valle’s concern.

Jayadev advocated for “real bail reform,” urged the governor not to taint his legacy by signing the bill, and with the others chanted, “Veto SB 10, Veto SB 10!”

This encounter took place Aug. 23, just days after the bill, which eliminates money bail in California, passed the Assembly. It will replace a cash bail system with “risk assessment” tools. Counties will have to use computer algorithms to determine how likely it is that a person facing trial will flee before a court date or commit a crime if not held in jail.

In a statement, Brown said the new law guarantees “that rich and poor alike are treated fairly” when accused of crimes.

Research shows that in California, most people held in county jails have not been sentenced and are serving time because they’re unable to pay for pretrial release. That’s why many criminal justice advocates spent two years rallying for a different version of SB 10 and helped state Sen. Bob Hertzberg, a Democrat, craft a measure.

Valle, Jayadev and other criminal justice reform organizers fear the version that’s been passed gives too much power to judges.

“It’s definitely a fake bill,” Valle says. “It’s a tragedy that it passed.”

Starting in October 2019 in California, people accused of committing low-level misdemeanors will be released within 12 hours of being booked. They won’t undergo a risk-assessment exam.

People accused of felonies and who are deemed “low risk” by the assessment test will be released. The release of those considered medium risk will depend on the courts. Offenders deemed “high risk” will see a judge at arraignment. “High-risk” defendants may await trial in jail if they’ve been convicted of a serious or violent felony in the last five years.

As big data-driven decision-making has become more popular, many critics have pointed out that computers have failed to remove racial bias — often to the detriment of marginalized communities. A ProPublica study in 2016 found that software designed for pretrial risk assessment was often inaccurate and biased against black people.

“The data they use, especially arrest and conviction history is greatly skewed by racial and class bias in policing and court outcomes and social inequities,” the organization noted in an Aug. 23 statement.

American Civil Liberties Union of California officials — who supported earlier versions of the measure — in a joint statement that same day said they “welcome an end to the predatory lending practices of the for-profit bail industry,” but said the measure does not “provide sufficient due process nor adequately protect against racial biases and disparities that permeate our justice system.”

Oakland-based Essie Justice Group, a nonprofit helping women with incarcerated loved ones, has long advocated for cash bail reform but opposes what passed in Sacramento. The group released a statement that included: “In a sad twist after years of work, this bill as amended in the final days subjects nearly everyone arrested to a new system of expanded pretrial incarceration and preventative detention. People who could get out and go home today pretrial, albeit at great cost to a bail bondsman, would have to stay incarcerated the moment this bill goes into effect.”

Some Democratic lawmakers, however, see this bill as a crucial first step.

Assembly Member Reggie Jones-Sawyer, as quoted in KQED, said the Legislature will have to revisit the issue next year.

“We are going to have to come at it again and again … until we get the system that we want … until we build a system that is equitable and provides justice for all,” he told KQED.

For Valle and Jayadev, who are part of Silicon Valley Debug, a San Jose-based organization that helps families with incarcerated loved ones, the bill’s passage is bad news for the people they serve.

Their organization often helps families who go to them when their loved ones are arrested.

Valle says he helps families navigate the court system by encouraging them to do more than just depend on their attorneys. He helps them understand the court process and penal codes. He guides them through testimonies and evidence. He helps them create biography packets for incarcerated people because it “humanizes them,” he says.

“Money bail is an issue, but we can’t replace the bail industry with the prison industry,” he says. “[Bail companies] are only businesses that were able to capitalize off of the enemy, and I think the enemy is injustice in our courts, in our policy and laws, and in bail.”