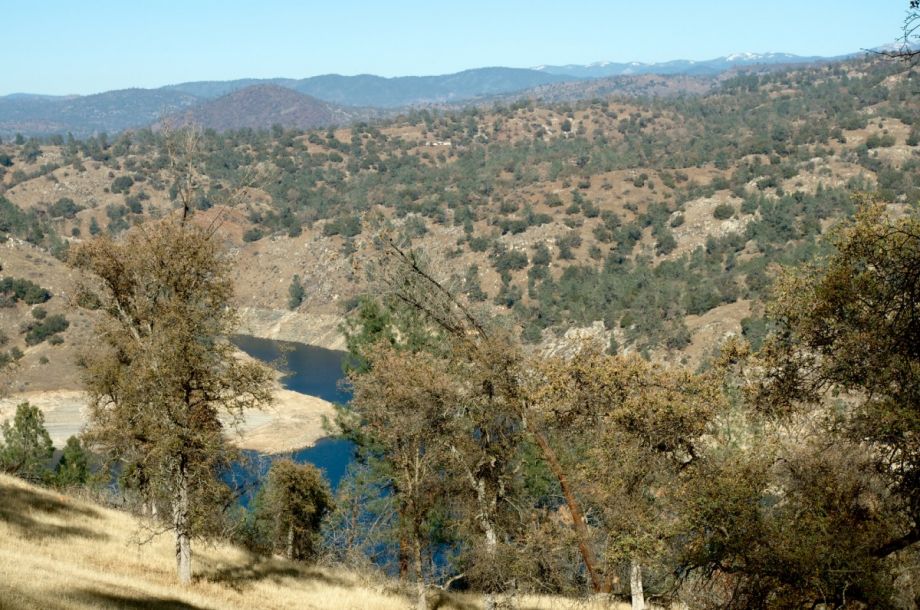 On January 17, California Gov. Jerry Brown declared a drought emergency to help the state deal with a record-breaking three-year dry spell that shows no signs of letting up anytime soon.

Five days later, the drought became a matter of national politics. House Speaker John Boehner (R-Ohio) made a trip to California and stood with a group of state representatives to show his support for a bill that would roll back environmental protections in the name of keeping water flowing to farmers in the San Joaquin Valley, where more than $25 billion worth of crops are grown annually.

The bill, to be introduced in early February, would put a temporary stop to the restoration of the San Joaquin River, an effort that has been underway since 2009 to return flows to parts of the river that have been pumped dry to irrigate farmland. It would also increase pumping from the San Joaquin-Sacramento River Delta if water levels make that feasible.

“How you can favor fish over people is something people in my part of the world would never understand,” Boehner said at a press conference hosted on the desiccated land of an almond grower, whose operations have suffered because of the dry conditions. The Republican leader framed the issue as a classic battle between environmentalists focused on the survival of obscure animals and farmers’ advocates whose want to save one of the state’s economic pillars.

The fish that Boehner referred to are delta smelt, an endangered species considered an important indicator of the health of the Sacramento-San Joaquin Delta, and Chinook salmon. According the Environmental Protection Agency, what once was one of the largest salmon runs on the Pacific Coast was decimated over the years as nearly 95 percent of the San Joaquin River’s flow was diverted for agricultural use.

This isn’t the first time California lawmakers have targeted the restoration as detrimental to agriculture. Similar legislation was introduced in 2012 but blocked in the Senate, a move that its advocates say has exacerbated the drought’s effect on farmers.

Environmentalists say the focus on suspending regulations aimed to protect fish and wetlands is misplaced, and that it wouldn’t result in more water for farmers in the current dry conditions.

Kate Poole, a senior attorney with the Natural Resources Defense Council, says that restrictions on pumping for environmental reasons aren’t even in effect right now because water levels are so low. “This year there are zero restoration flows,” she says. Those restoration flows would only kick back in if precipitation increased water on the ground substantially. “It seems like they’re using the drought as an excuse to attack environmental regulations they’ve been looking at for a long time,” Poole says.

Poole adds that the river restoration doesn’t address real, practical measures that could mitigate the drought’s effects on water supplies. She points out that water authorities such as the Metropolitan Water District in Southern California — which has long planned for drought through conservation, water banking, recycling and other measures — haven’t yet had to resort to rationing despite the severity of the conditions this year. “They have sufficient water in storage because they’ve invested,” says Poole.

Poole also says that the legislation threatens California’s traditional right to control its own water resources. “It turns on its head the way Congress has dealt with state water laws,” she says.

In 2012, Democratic senators Dianne Feinstein and Barbara Boxer co-signed a letter making exactly that point about the previous incarnation of the legislation, writing that “this bill sets a very dangerous precedent of Congressional intervention into western states’ water rights, and sweeping preemption of state laws, which would have far reaching consequences not only for California, but for other states as well.”

In response to the forthcoming proposal, Feinstein released a statement saying she is “concerned that it may follow the pattern of previous House bills which seek to either preempt state law or waive state water quality and Endangered Species Act requirements which could spur serious litigation and likely delay any action.” Feinstein added that she is crafting her own proposal to provide relief to farmers.