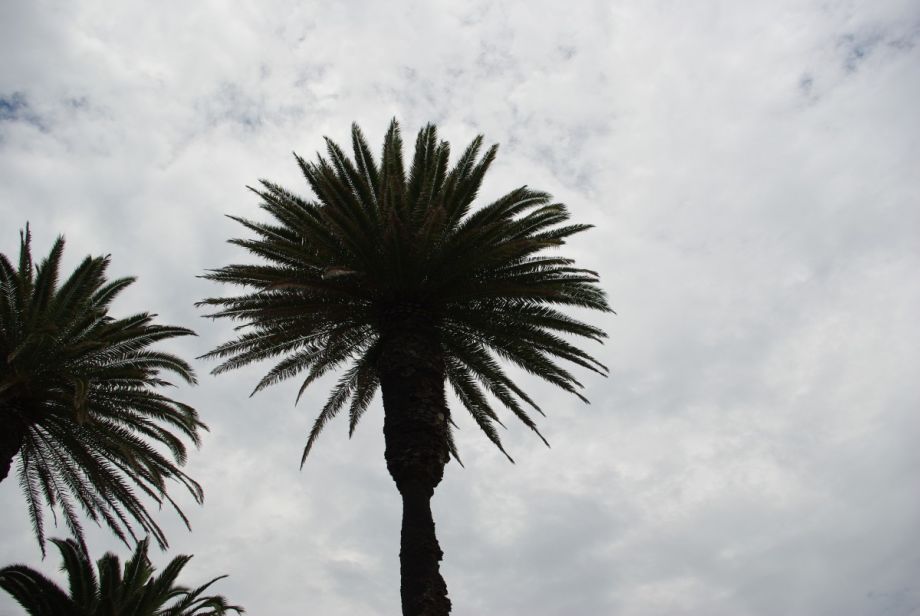 Meta Housing Corporation is currently renovating an apartment building and vacant motel in L.A.’s Huntington Park neighborhood. When it’s finished, the property will provide 35 units of affordable housing for formerly homeless people who are frequent clients of the L.A. County Department of Health Services (DHS).

At the intersection of Willowbrook Avenue and El Segundo Boulevard, in Los Angeles County, LINC Housing Corporation is building a 60-unit affordable housing community for low-income families. Built in partnership with DHS, 31 of the units are reserved for formerly homeless households that are frequent DHS clients. The city and county financed much of the $20 million in total development costs.

Affirmed Housing Group is currently building a 63-unit affordable apartment complex on a former vacant lot at 1435 Imperial Avenue in downtown San Diego. Built in partnership with the San Diego Housing Commission, the development will provide permanent supportive housing for 62 formerly homeless individuals, with support from federal housing vouchers set aside for homelessness reduction. The building will be LEED Gold certified, and is located two blocks from a major transit station.

These three projects have a lot in common — including the fact that they were all financed partly through insurance premiums. That’s right, the same premiums people pay for health insurance, property and casualty insurance, life insurance, and other kinds of insurance.

The one-of-a-kind state initiative that made it possible for insurance premiums to finance that kind of development is now fighting for its ability to remain useful. It’s called the California Organized Investment Network, or COIN.

Through its various programs, COIN encourages and tracks insurance company reinvestment into low- and moderate-income areas of California. In the examples above, life insurance premiums from MetLife were invested into a community development financial institution (CDFI), which provided acquisition loans for the developers to get control of the three properties. Acquisition is a key first step that makes it much easier to bring in other partners to finance the total development cost.

“In terms of continuing the program, it’s a critical tool. It doesn’t exist anywhere else,” says Cecile Chalifour, director of the California region at the Low Income Investment Fund, the CDFI that provided the acquisition loans for all three of the projects.

Despite celebrating its 20th anniversary in August, COIN has never been permanent. Every few years, the state legislature has to reauthorize it, and the latest COIN reauthorization bill, passed last month, leaves out or severely limits key provisions of the program. Advocates will have to re-start the battle next year in order to restore COIN to its current capacity.

COIN is part of the California Department of Insurance (CDI), which regulates the insurance industry in California. Insurers collect more than $250 billion in premiums annually in California, by far the largest state market for insurance.

Nationally, insurance companies collect nearly $2 trillion in premiums a year. While they are waiting to pay out claims, insurance companies pool those dollars, known as “float,” and invest in stocks, bonds, real estate and other assets. Warren Buffett used float to build his famous investment empire.

Unlike banks, which are bound by the Community Reinvestment Act to safely and soundly meet the credit needs of the communities in which they do business, insurance companies have no such community obligations when it comes to investing float.

“It’s not about making [insurance companies] take money they would have invested in operations, it’s about refocusing investments that they’re making elsewhere into communities that provides no additional risk, a reasonable financial return and a return to healthier communities, which ultimately benefits them,” says Kevin Stein, associate director at the California Reinvestment Coalition (CRC), which was involved in the original push that led to COIN. “If they’re taking all this money out of California communities, they should be investing some of it back.”

Berkshire Hathaway, Buffett’s company, collected $3.2 billion in premiums from Californians in 2015, and only $914,066 went to investments that COIN has verified to provide a positive environmental or social impact for low-to-moderate-income (LMI) households or areas (as well as rural communities) in California. The amount reflects a downward trend for Berkshire Hathaway, which reinvested $1.1 million in 2014 and $1.3 million in 2013, according to COIN data.

COIN’s ability to collect that data from insurance companies and make it available to the public, known as the Community Investment Survey Data Call, expires at the end of 2016. The reauthorization bill contains only a promise that some reporting requirement will exist in the future.

“Not having access to that information really challenges COIN and our ability to continue the program,” says Stacie Olivares-Castain, managing director of COIN. “We verify every single investment they report to us … verifying that yes this investment was made by the insurer, was it actually located in a low-to-moderate-income area, and if so, what was the impact.”

It caught CRC and other advocates by surprise when it appeared the data call provisions were not part of the COIN reauthorization bill. CRC and 17 partners issued a letter in August withdrawing their support of the bill.

“Poor performers are fighting transparency in the program so that ultimately the public won’t know who they are,” says Stein.

Overall, insurance companies held $21.85 billion in COIN-verified reinvestment assets in 2015, more than triple what they held in 2010.

Much of that increase came about as a result of changes under Olivares-Castain, who has helped reshape COIN’s programs that help insurance companies identify opportunities to reinvest in California’s LMI areas.

There’s the COIN CDFI tax credit program, which gives investors a tax credit for making an investment into a CDFI. The Low Income Investment Fund was the first CDFI to receive an investment through CDFI state tax credits. The program was severely underused for COIN’s history. When Olivares-Castain first came on board five years ago, revamping it was one of her first priorities. “Come January 1 of every year, somebody would pull the applications off a fax machine and see who got their applications in first. I came in and said no way, this doesn’t make any sense,” she says.

Olivares-Castain went about using her experience at Morgan Stanley to reshape the CDFI tax credit program to fit the needs of insurance companies and other large institutional investors. Under her leadership, COIN established its own additional CDFI certification process, on top of the federal CDFI certification. COIN certifies CDFIs to ensure their readiness to receive capital from an insurance company or other large institutional investor as well as their ability to deliver on impact. The tax credit application process is no longer first-come, first-served; it’s a competitive process, and it went from being undersubscribed to being oversubscribed.

Olivares-Castain also led a revamp of COIN’s bulletin investments program, in which COIN sources, structures and markets investment opportunities tailored to insurance companies’ fiduciary and regulatory needs. “By definition, these investments have to be very innovative, from supportive housing, or other types of low-income affordable housing, to fresh food financing, to a solar energy farm,” Olivares-Castain says.

Through the tax credit program and the bulletin investments program, from 2011 to 2015, COIN directly facilitated the investment of $237.5 million into 34 organizations, which in turn deployed $505.7 million of pooled funds into projects and businesses that benefit underserved communities across the state of California. According to a June impact report, during that same period, COIN-facilitated investments helped create 985 new permanent jobs while sustaining 2,300 existing jobs; developed over 12,000 units of affordable housing, two-thirds of which are for individuals earning less than 50 percent of area median income; supported 212 small businesses, 68 percent of which are minority-owned; and overall represented 76 percent of all capital invested in low-to-moderate-income areas.

Some believe the constant need to reauthorize the bill is one likely reason holding back insurance companies from taking reinvestment more seriously.

“It’s a signaling affect,” says Tom Woelfel, director of PCV InSight, a research firm that helped COIN with this year’s impact report. “I just think it’s a different program if it’s permanent, the way people engage with it, how it would be viewed internally by policymakers as well. Maybe if the program were more permanent, it would be more of a model to be replicated.”

No state has ever asked Olivares-Castain or her colleagues for help in setting up their own version of COIN. “They have expressed some envy at the capital that we’ve been able to get from insurers invested here, but they’ve never asked for me to set it up,” she says. “I would love to help.”

UPDATE: Governor Jerry Brown vetoed the bill Tuesday that would have extended the COIN tax breaks.