How Cities Like Long Beach Can Cut Poverty by 25 Percent 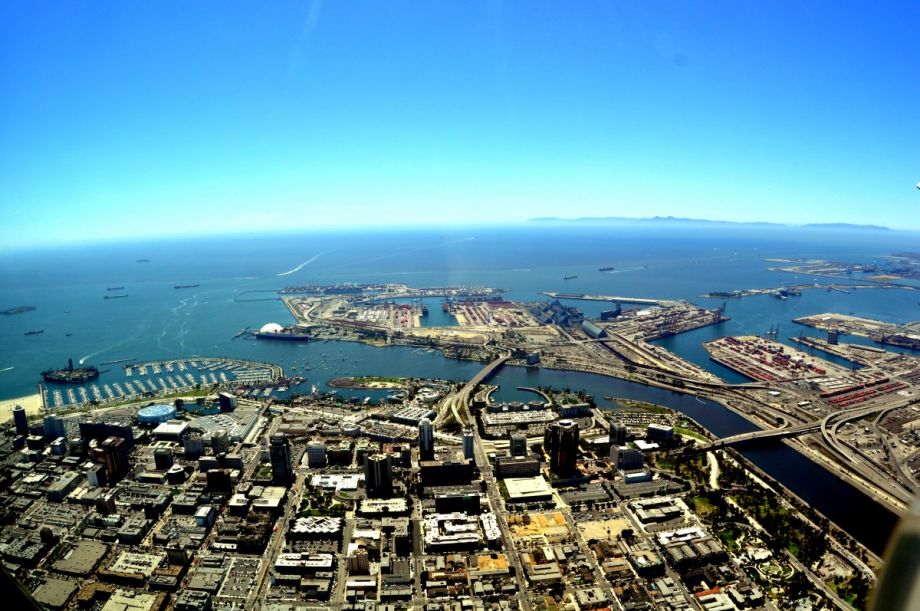 Even though national unemployment has dropped 4.5 percentage points since 2010, poverty continues its stubborn rise across the United States, and the city of Long Beach, California, is a case of this disconnect. It’s the second-biggest city in Los Angeles County, an economic region that’s currently at full employment and grew by $50 billion between 2009 and 2014, yet nearly 1 out of every 5 of its residents is living under the federal poverty line.

Civic stakeholders in the poverty issue have long cried for federal and state policies that wipe out employment barriers faced by low-income communities, more subsistence support from the federal government, redrawing zoning laws — all changes that have been vetted by urban researchers. But a new proposal from the Center for Neighborhood Technology (CNT), called the Urban Opportunity Agenda (UOA), suggests that on top of these pillars, cities should also be investing in local strategies that help households learn how to rein in their monthly spending.

The report sums up this idea with one simple, familiar quote: “A dollar saved is a dollar earned.”

Here’s how it works. The UOA provides a general assessment of how much money low-income families in 10 U.S. cities spend on transportation, electricity, water, groceries, medical care and other necessities, and encourages those cities to adopt that assessment into their own, hyper-local framework for addressing poverty. Alongside Long Beach, the report focused on other cities including Detroit, Miami, St. Paul and Philadelphia.

Most of the UOA’s recommended investments are aimed at linking low-income communities with employers from industries that have the capacity for growth, but a look at the agenda’s suggestions for Long Beach show how much faith CNT puts in savings education as a tool for combating poverty. It lays out a city plan worth $105 million across 10 areas, ranging from workforce development programs to urban agriculture jobs. Of those 10 areas, the agenda suggests a $20 million investment in helping families save — an amount that gives it the second biggest portion of that $105 million.

Long Beach and other cities can help low-income families learn to cut monthly costs through programs like the CNT’s Green Financial Education Program, which the group says can bring savings of up to $200 a month by getting participants to look at how much they spend on phone bills, how much water they use and how often they drive.

Job creation and capture get the largest chunk of UOA’s investment suggestions, at $27 million. To boost local employment, the UOA says big employers like the Port of Long Beach should consider bringing offshore jobs back into the Long Beach area, and city officials could pass zoning laws that allow more contractors to set up shop within the port’s land area.

The UOA also says if Long Beach can grip at least 0.3 percent of projected job growth for Los Angeles County and help impoverished communities be some of the first to access those opportunities, it would create 860 jobs worth $27 million — or an average per capita income of $31,400 per year.

Blended together, the UOA claims putting money into these 10 areas can help Long Beach bring 24,000 people, or 25 percent of its low-income citizens, out of poverty — and it might even be able to keep them out of it, too.

“If I give you one dollar and your family is at $24,301, then technically you’ve jumped over the federal poverty line,” says Scott Bernstein, CNT president and co-founder. “We didn’t want to only get people above that line, but to where they’re so far above it that it represents a potential trajectory for staying out of poverty.”

After talks with a handful of stakeholders in Long Beach and the other nine cities, Bernstein and the researchers at CNT decided that a 20 percent rise out of poverty would put people within reach of that trajectory. For a low-income family of four in Long Beach, that means freeing up an additional $4,800 a year.

When it comes to an expense like transportation, the UOA says that Long Beach residents are primed for big savings. If a low-income family reduces their reliance on car transportation by 20 percent, it may put $500 to $900 back in their pockets each year. What the city can do to help make that happen is inform families of other transit options.

It’s a simple concept, says Bernstein, but getting people to look more closely at the line items they accrue each month means helping them realize just enough savings to significantly change their lives.

“Do I really need two cars per household,” he says, outlining the types of questions he wants city officials to encourage. “Is there a [home] weatherization assistance program in my community, or someone to hold my hand and walk me through an affordable loan package to help me do that?”

James Suazo, the hub coordinator at Long Beach nonprofit Building Healthy Communities, thinks the UOA pairs well with what local civil society groups have been pushing for on the ground. He points out a few recent successes his organization and its partners have been a part of, like getting the city to draft policies around urban agriculture, and installing solar panels in Central Long Beach to shrink energy costs for low-income neighborhoods.

“We’re also working closely with groups … that do organizing and advocacy work around active transportation issues,” he says.

But if there’s one area he thinks the agenda missed out on, it’s housing.

“Many residents are facing a severe housing crunch with rising rents, and without local renter protections,” he says, adding that more and more low-income families in Long Beach are on the verge of getting displaced as rent eats up a growing amount of their monthly income.

If the savings part of CNT’s agenda places it a bit outside the realm of traditional think tank solutions to poverty, then so too does its intentionally soft outline of the facts. It’s a shell of a framework, something founded in research that’s just loose enough for local leaders to fit even more specialized plans within, giving cities a free effective outline that they would have spent countless taxpayer dollars researching.

And if there’s any city that’s ready to benefit from an agenda like this, it’s Long Beach.

“When we looked at the regional growth forecast [for Los Angeles], we said this is an area where there’s a lot of potential,” says Jen McGraw, a sustainability strategist at CNT. “Not only to attract jobs but to attract entrepreneurship. It just has a ton of potential and a lot going for it.”