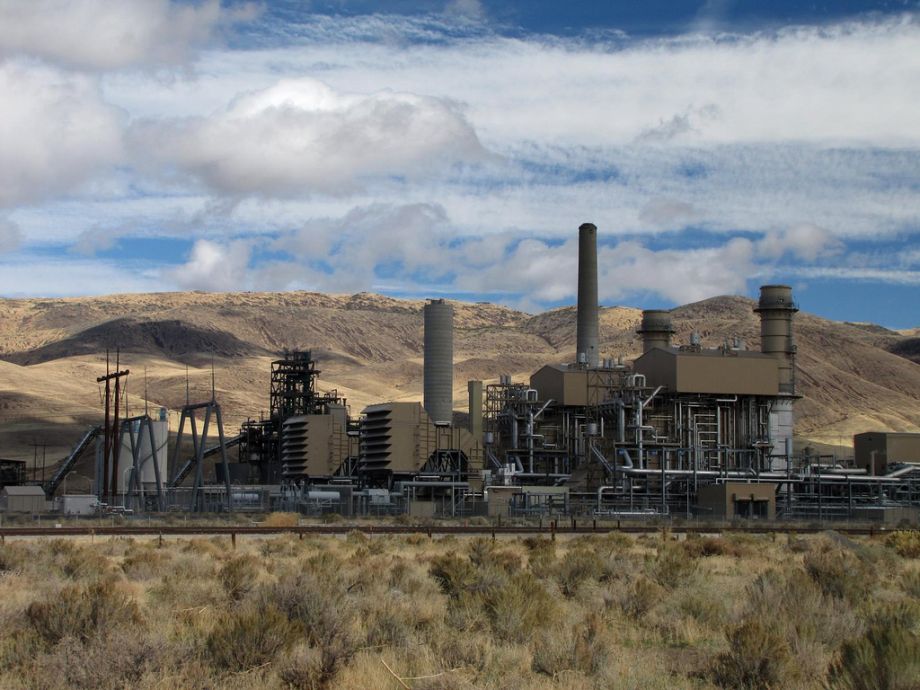 The hope is that time-of-use pricing will moderate the demand for peak power, which will reduce the need for gas turbines like these. Credit: Flickr user Stones 55

Earlier this month, California Gov. Jerry Brown signed Assembly Bill 327, a monster piece of legislation that covers a grab bag of energy policy issues. For one, it allows the state’s investor-owned utilities to tack on a fixed fee of up to $10 on solar panel users’ monthly bills, which will go some — but not all — of the way toward paying for the grid infrastructure that these customers use, but previously did not always pay for under a simple per-kilowatt-hour rate structure.

But here’s something maybe even more significant about AB 327: It sets 2018 as the year in which power companies will be allowed to force customers onto time-of-use pricing plans.

As it is now, the vast majority of California homes are on stepwise rate plans, whereby prices go up when they use more energy, but the time of day doesn’t mater. Started around the same time as the energy crisis in the 1970s, this was a popular way to conserve power and give households who don’t use much a break on their bills.

Billing based on how much users consume each month may be simple, but it has one major downside: Power at peak periods, especially on the hottest days of summer, is much more expensive to provide than during, say, the middle of the night. Utility companies end up spending lots of money on large natural gas turbines that can ramp up power generation during hot days, but use them rarely.

A natural gas turbine is “essentially just an airplane engine,” said Ahmad Faruqui, an expert on electricity rates and a principal at the Brattle Group. “It can be fired up very quickly, but they’re expensive. They sit idle for 7,500 or 8,000 hours a year.”

The hope among many in the industry is that time-of-use pricing, now technologically possible with the advent of smart meters, will spur home electricity users to limit the amount of power they use during the peak period, from around 4pm to 7pm. “By having time-of-use rates,” Faruqui said, “you flatten the curve, and come out ahead, not having to invest in all that extra capacity.”

Another possible outcome of time-of-use pricing would appeal to environmentalists: It encourages the advancement of battery technology, a crucial factor in determining how fast renewable energy sources like solar power can be adopted. Charging different rates at different times incentivizes customers to buy battery storage devices that can hold power when energy is cheap, and be used at peak periods when it’s more expensive (like when the sun isn’t shining).

“We spent hundreds of millions of dollars in California to install readers that read people’s consumption on an hourly basis, if not even greater temporal granularity,” said Frank Wolak, an economist at Stanford University. “The California Public Utilities Commission mandated the installation of these meters for all customers of the three major investor-owned utilities, all done on the rate payers’ dime.”

While utilities can offer customers time-of-use pricing options, none of the major investor-owned utilities have pushed the rates very hard, and pickup has been slow. Of PG&E’s 5 million customers in the northern two-thirds of California, only about 100,000 use time-of-use rates.

Time-of-use pricing will likely become more prevalent in the years before utilities can make it mandatory in 2018, but to what extent is up for debate. Through consumer outreach, the Sacramento Municipal Utility District has managed to sign up more customers than any utility company, public or private, in the state, without making the rate scheme mandatory.

Some, though, think the California Public Utilities Commission should be more aggressive in allowing companies to force customers onto time-of-use plans.

“I’m personally a bit disappointed the date was put in 2018,” Faruqui said. “It’s very convenient to put a date four years out, and you can keep changing the date — that’s the cynical view. The optimistic view is that now there’s recognition that is needed, and maybe this will open the door to an otherwise closed policy option. We’ll have to see what happens.”