Calgary Could Remake Housing Design for Seniors – Next City 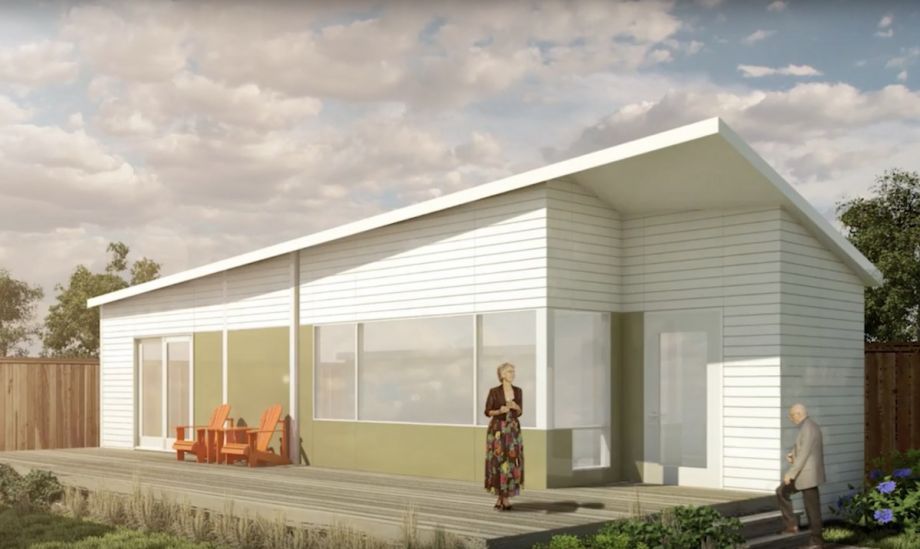 In Calgary, Alberta, a multidisciplinary team is designing, fabricating and testing specialized laneway houses for seniors. Architects, environmental designers, doctors and physiotherapists are among the people collaborating on the innovative “aging in place” pilot project, which has the potential to change senior housing and care in Calgary, and around the world.

Now the project, which has support from the province’s health authority and the city of Calgary, is shifting into test mode. A local senior is expected to live in and try out a fully functional laneway house, starting early next year. After a few months, the unit will be moved to a different community and another senior will move in.

“We’ll be collecting a huge amount of data from them, from their family, from the neighbors, from the community, from their healthcare team, to find out what works and what doesn’t,” John Brown, project lead, told city councilors in an October presentation. In the future, it’s hoped doctors could prescribe the laneway houses and families could lease them, just like they would with a wheelchair or other medical equipment.

In a video tour of a prototype laneway suite, Brown, an architect and professor in the University of Calgary’s Faculty of Environmental Design, shows the technology inside. The single-story, 460-square-foot, one-bedroom home can be customized, with features ranging from a weight scale built into the floor to a smart screen with memory prompts for medications. When a unit is no longer needed, it can be reconditioned and moved to another property, for use by another senior.

The laneway model is intended for someone who is ill and frail and needs support. “It’s not for every person,” Brown told councilors. “We’re just hoping that it will be an option for a significant amount of people, that [this] will offload some of the pressure that we as a society are facing.” In Calgary, seniors aged 65 and older make up just over 10 per cent of the population, a number expected to rise. Many seniors move into dependent living facilities before it is medically necessary, because other housing options do not exist.

City Councillor Gian-Carlo Carra, an alumnus of the university’s environmental design program, first learned of the laneway project about a year ago. While touring a prototype, Carra says he was totally blown away. “This is a hugely important world-leading piece of work being done,” Carra says. “To call it a seniors’ housing option is to misunderstand the project. This is a sophisticated medical apparatus masquerading as a house.”

Carra successfully put forward a motion in May asking city administration to work with the university on a pilot, called the Aging-In-Place Laneway Housing Project. In an October update, a council committee heard how that’s moving ahead with real use testing. The city is not contributing money to the trial; numerous philanthropic organizations have already committed funding.

Carra sees the project as a worthy collaboration. The units could provide better care at a better price, he says. It’s expected a laneway house will be leased for CAD$2,000 to $2,500 (about $1,500 to $1,900 U.S.) a month, whereas it can cost about CAD$2,500 a day for a senior to be in acute care in a hospital. While the specialized compact homes contain expensive medical equipment, the cost is expected to be amortized over a large number of people, through the leasing model.

Another attraction for Carra is the potential for the university’s work to affect seniors’ care around the world. He also cites an opportunity for the project to bring economic diversification to Calgary, a city currently grappling with an ongoing downturn because of low oil prices.

The house set to be tested in January will have to follow the city’s existing approval process for a backyard suite. Different options are being considered for how the unit will receive key services, including water, sewage, gas and electricity. But with the level of collaboration that’s existed so far, researchers are confident those details will be sorted.

“Our goal, along with the city of Calgary, is to develop Calgary as a world-class site in aging research,” Brown told councilors. Such research could uncover best practices for aging in place, to be used by developers, home builders and care providers around the world. “We all have our horror stories of what happens to our loved ones, and that’s what we need to fix,” he said.

Cailynn Klingbeil is a freelance journalist based in Calgary, Alberta. Her stories have appeared in The Guardian, Canadian Business, The Globe and Mail, National Post, CBC, Motherboard and more. See her work at cailynnk.com.

Follow Cailynn .(JavaScript must be enabled to view this email address)