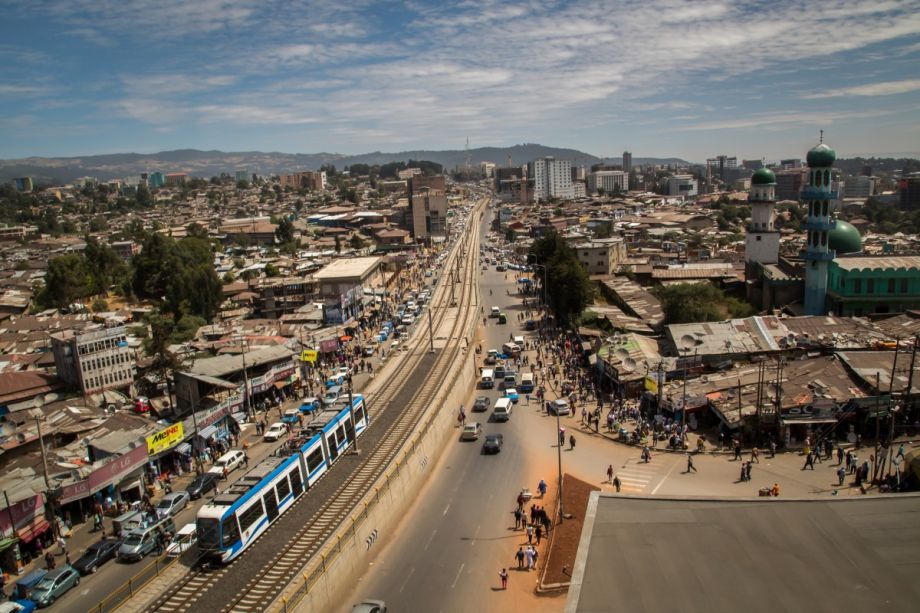 When faced with growing flooding concerns throughout its neighborhoods, Copenhagen implemented a sweeping network of drains to channel stormwater into underground basins and canals.

That project, dubbed the Copenhagen Cloudburst Management plan, was one reason the city won an award this week at a C40 climate conference in Mexico City. C40 is a global network of cities working on climate change. All winners were recognized in a ceremony Thursday for projects centered around sustainable design, resiliency and social equity.

Portland, Oregon, the only U.S. city to receive an award, was recognized for its ambitious 2015 Climate Action Plan, a blueprint for reducing greenhouse gas emissions 40 percent by 2030 and 80 percent by 2050. Under the plan, the number of residents traveling primarily by public transit, bikes or walking is expected to rise 50 percent, and the number of electric vehicles is set to increase to 8,000. The CAP also aims to reduce energy use in existing buildings by 1.7 percent per year, which would result in a GHG reduction of 280,000 metric tons in 2020.

Addis Ababa, Ethiopia, was honored for its new light-rail network, the first light-rail transit line in sub-Saharan Africa. The $474 million system can carry 60,000 passengers an hour, provided more than 6,000 jobs and is on track to reduce emissions by 1.8 million metric tons by 2030.

Seoul, South Korea, received C40’s first award for social equity for its Energy Welfare Public Private Partnership, which financed energy retrofits for low-income families, helping them reduce energy consumption and save money. The program aided 1,295 households in 2015, and is on track to help more than 1,000 more households by the end of 2016.

While there’s no prize money with the C40 awards, last year’s winners received a publicity boost for their projects. Here’s the full list of the 2016 winners:

C40 also released a report at the conference outlining a plan for U.S. cities to help the country meet the Paris Agreement emissions reduction targets called “Deadline 2020: How cities will get the job done.” According to the report, if all cities with more than 100,000 people achieve the climate recommendations outlined in the agreement, the world will see a 40 percent reduction in emissions causing climate change.