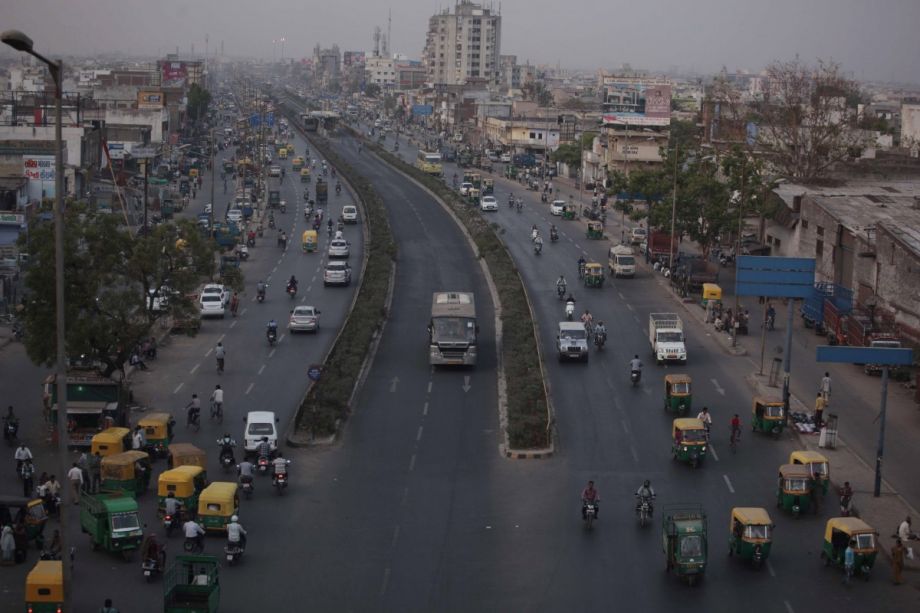 A bus in its designated BRT lane in Ahmedabad, India (AP Photo/Ajit Solanki)

Bus rapid transit is expanding across the world, and last week, according to City Fix, the transportation model hit a milestone. The sustainable cities website notes that more than 400 corridors and systems have now been mapped in the BRTdata.org database.

BRT has been a popular alternative to rail transit in many cities because of its lower cost and shorter construction times. As Next City’s Sandy Smith recently reported about Raleigh’s rails vs. BRT debate, “The cost to build the BRT options is about $500 million, or half of what the train options would run. Annual operating costs for BRT would be about two-thirds of the $93 million to $102 million in operating costs for the LRT options.”

According to City Fix:

Forty-eight cities are currently expanding their BRT systems, while 141 more are constructing or planning new BRT projects. Overall, this success demonstrates cities’ dedication to sustainable transport and a growing shift away from personal vehicles. Moreover, this new data paves the way for better and more efficient BRT systems.