Bus Rapid Transit Is Coming to Philly – Next City 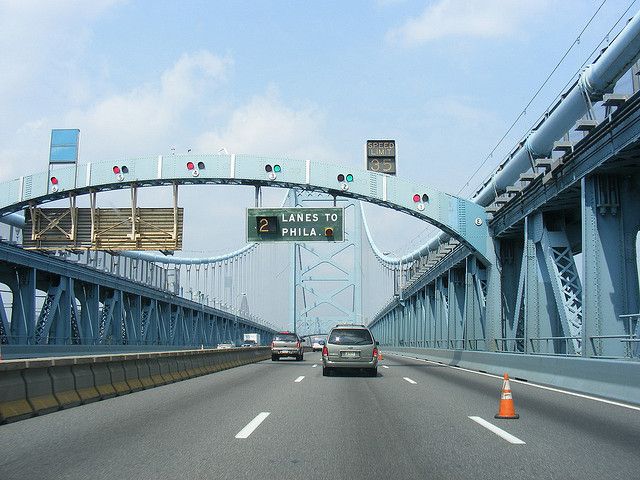 A new BRT line would allow rush-hour buses to travel in bus-only lanes for part of the trip from South Jersey to Philadelphia. Credit: Sean Marshall on Flickr

This article has been corrected since publication.

Bus rapid transit (BRT) routes are cropping up across the U.S., and it looks like Philly-area commuters will get a taste of one such streamlined system in the near future, the reports the Philadelphia Inquirer.

The Obama administration announced Monday that New Jersey Transit is set to receive $2.6 million to go toward a planned BRT route that will connect South Jersey and Philadelphia along the traffic-heavy Routes 55, 42 and Interstate 676.

As is typical of BRT systems, the new line would allow rush-hour buses to travel in bus-only lanes — specifically, highway shoulder lanes and medians — for part of the trip to Philadelphia, with the aim of reducing traffic and easing commutes. The project, expected to cost $46 million total, would also create 1,800 new commuter parking spaces in Winslow and Deptford Townships, N.J.

The plans sound promising, but there’s a lot of work ahead. The system’s budget calls for new buses, modified traffic signals and the construction of shelters along the 23-mile route, outfitted with ticket machines and GPS-supported information about bus arrival times. NJ Transit officials estimate that the bus service won’t be in full operation until 2020, with construction beginning in about two years. However, expectations for the BRT route remain high as officials project that 6,400 riders will use the service by 2035.

Though activists in Pittsburgh have launched a campaign to get BRT up and running improve the not quite up to industry-standard BRT system in their city, rapid-bus systems have largely remained absent from Pennsylvania. New Jersey saw its first BRT system when Newark’s Go Bus was unveiled in 2009, serving the 4.8-mile corridor between Irvington Bus Terminal and Newark Penn Station.

The money for NJ Transit’s newest BRT project came from a larger $787 million budget that will fund 255 transit projects in 48 states, the District of Columbia and Puerto Rico. SEPTA, Philadelphia’s transit authority, also received $5 million in funding to upgrade the century-old 69th St. Terminal in Upper Darby, a township within adjacent to West Philly, with improved lighting, waiting areas and pedestrian access.

With construction on a new, $1.5 billion light rail line as little as two years away, NJ Transit has a lot on its plate in the near future. If and when the work gets completed, however, commuters on both sides of the Delaware will have a host of transit options never before available to them.