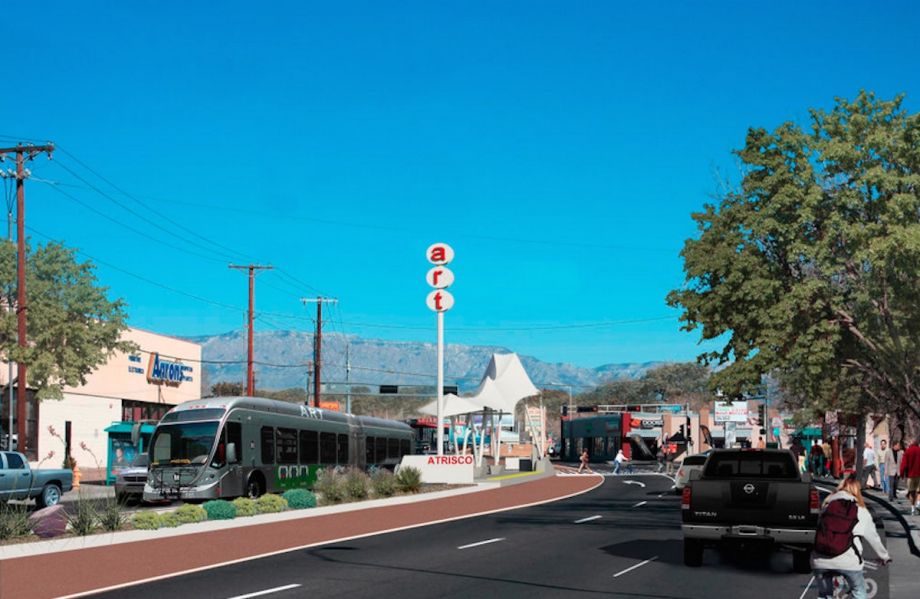 After years of contentious debates, it was only fitting that Albuquerque’s 9-mile-long bus rapid transit line was approved after yet another four-hour debate. City council voted 7-2 Monday to approve the line through the heart of New Mexico’s largest city, the Albuquerque Journal reports.

The line — called Albuquerque Rapid Transit (ART) — will run in dedicated lanes through the largest urban stretch of historic Route 66, and has the potential to transform the city, supporters say.

Mayor Richard Berry hopes to see service start by September next year, and told the Journal that ART is a “catalytic project.” “It’s great for transit,” he said. “It’s great for economic opportunity. … We’re going to have a more thriving Main Street because of it.”

In 2014, Next City contributor Greg Scruggs reported in “Albuquerque to Bring Transit Progress to Historic Route 66” that the city faces an unhealthy amount of sprawl and political attitudes that are often hostile to public transit. Most attendees at Monday’s meeting were against the $119 million plan, and said it would slow traffic or that tearing up a main thoroughfare just wasn’t worth it.

But supporters say ART will bring economic development, and point to the wider, more pedestrian-friendly sidewalks and landscaping along Central Avenue included in the plans.

The city plans to pay for the project with about $100 million in federal funds, including a $70 million “Small Starts” grant from the Federal Transit Administration, and about $18 million in city funding.