Building the Prison-to-School Pipeline in California – Next City

Building the Prison-to-School Pipeline in California 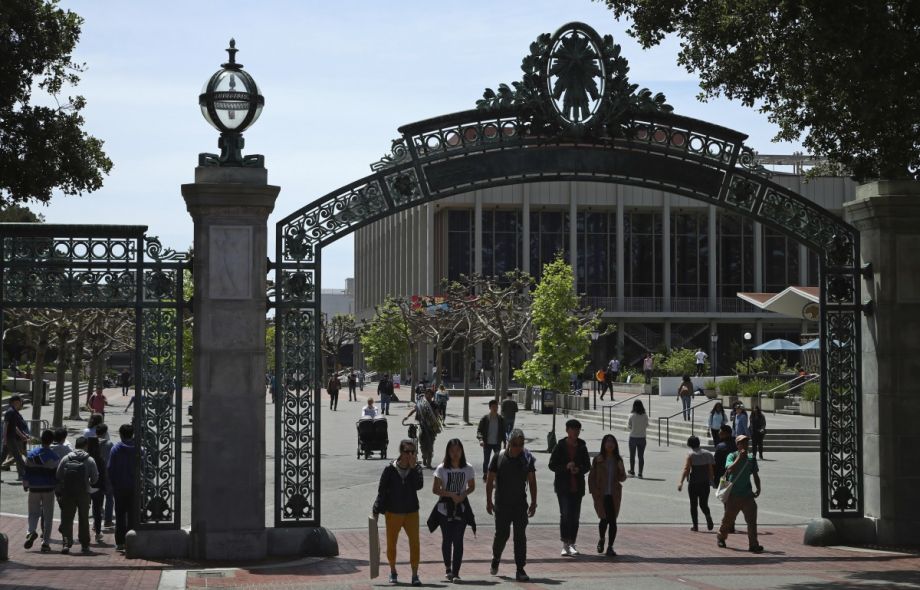 Students walk past Sather Gate on Thursday, May 10, 2018, on the University of California at Berkeley campus in Berkeley, California. (AP Photo/Ben Margot)

Aminah Elster grew up in an abusive home where she regularly saw her father beat her mother. Her needs were neglected as well, she says.

As a young adult, she began a relationship with a man, Gregory, who rapidly became abusive.

“I didn’t want to get married, but I didn’t have the willpower, confidence or anything to hold any boundaries, so I wound up marrying him,” Elster says. “Six months after that, I got pregnant.”

Although she sought help from her family to escape the abuse, her parents undermined her. “I would go over there to hide, and my parents would tell him where I was,” she says.

At one point, Elster’s husband was incarcerated. She decided that she wanted out of the relationship and began seeing another man. When Gregory returned home, however, Elster said he held her hostage in her own home, raping her and pistol-whipping her to force her to reveal her new partner. Threatened with death if she didn’t comply, Elster gave in, and her partner was murdered.

Elster was sentenced to prison as an accomplice for the murder and spent 15 years behind bars.

“We used school as our escape,” she says. “While sitting in the county jail, there weren’t a lot of educational programs, just the GED. So, I took the GED.”

When she was transferred to a women’s prison in Chowchilla, California, Elster signed up for the waiting list for college courses. It took two years for her to be able to start courses from Feather River College. Faculty didn’t come regularly to the prison, but Elster and a friend persisted.

“We would be sitting in the prison yard in the midst of chaos, y’know, trying to learn French or trying to study art pieces,” she says. “And it increased our thirst to want more, more.”

Elster’s study buddy got out before she did — and was accepted into Berkeley. Yet she didn’t forget about Elster, or the other women in prison. Now, Elster is pursuing a bachelor’s degree in legal studies at Berkeley while she works for Legal Services for Prisoners with Children. Both women are involved with a group called Underground Scholars, a Berkeley student group. Its web site says the group is building “the prison-to-school pipeline.”

“It’s like unreal. Every time we’re there, we can’t believe that we went from the prison yard to a college campus. It’s surreal,” Elster says.

Now, advocates like Elster are hoping that other inmates will have an easier time making the commitment to study with the help of Federal Pell Grants. Pell Grants help low-income students pay for an undergraduate education, but the 1994 legislation that created them also prohibited incarcerated students from accessing the funds.

The Senate’s passage of the First Step Act, which rolls back some tough-on-crime measures, makes reformers on both sides of the political spectrum hopeful that the ban on Pell Grants for incarcerated students could be lifted as well.

The Prison Policy Initiative estimates that there are 2.3 million people incarcerated in the United States.

“We know that educating an individual who is incarcerated is up to ten times cheaper than housing that individual,” said Arthur Rizer of the conservative R Street Institute. Rizer participated in a conference call about a new report on the benefits of repealing the ban on Pell Grants for incarcerated students. “That is an undisputed wasted tax. So, the business community and chambers of commerce that I work with are very invested in criminal justice reform.”

The report, “Investing in Futures: Economic and Fiscal Benefits of Postsecondary Education in Prison,” was produced by the Vera Institute of Justice and the Georgetown Center on Poverty and Inequality. It points to a number of benefits to facilitating access to postsecondary education for inmates such as reduced costs for the state, greater employment opportunities and earnings once the person returns to society, and enabling businesses to find more qualified employees.

Margaret diZerega, project director at the Vera Institute of Justice, estimated that states could save $365.8 million per year in reduced prison costs. This figure represents the estimated savings if half of the people eligible for Pell Grants in prison participate in post-secondary education. The report indicates even greater savings if the numbers of participants increases.

“Education,” diZerega said on the conference call, is “a disruptor for mass incarceration.” Postsecondary education in prison helps reduce crime and recidivism rates. “The problem is that even if a prison has courses available, the majority of people simply cannot afford to enroll,” she said.

Elster was an example of one such person.

On the conference call, Rizer spoke like an evangelist as he endorsed restoring Pell Grant opportunities to incarcerate people. “It gives them a glimpse of a new world of opportunities,” he said. “Many people who are incarcerated have no hope, and this really is an ounce of hope for them while they’re incarcerated.”

Rizer also pointed to the way people who are engaged in constructive activities tend to be less violent, creating a safer environment within the prison itself for both inmates and guards.

“We also know that kids of incarcerated individuals are more likely to get involved in the criminal justice system,” Rizer said, referencing the conservative ideal of “family values.”

“But if their parents are able to have a successful re-entry, primarily through education, the kids are more likely to escape the vacuum of the criminal justice system and are more likely to go to college themselves,” Rizer said.

Elster’s son was two years-old when she went to prison. She says her mother has prevented her from having a relationship with him. But she is applying the same determination to building that bond that she applied to studying behind bars. It’s part of the clarity she has for her life as a whole. In addition to wanting another child, Elster has a purpose.

“I want to work on policy issues of folks who have come into contact with the criminal justice system,” Elster says. “I want to do policy/advocacy work. That’s where change happens.”