For City of Milwaukee, Today’s Temp Job Is Tomorrow’s Career – Next City

For City of Milwaukee, Today’s Temp Job Is Tomorrow’s Career 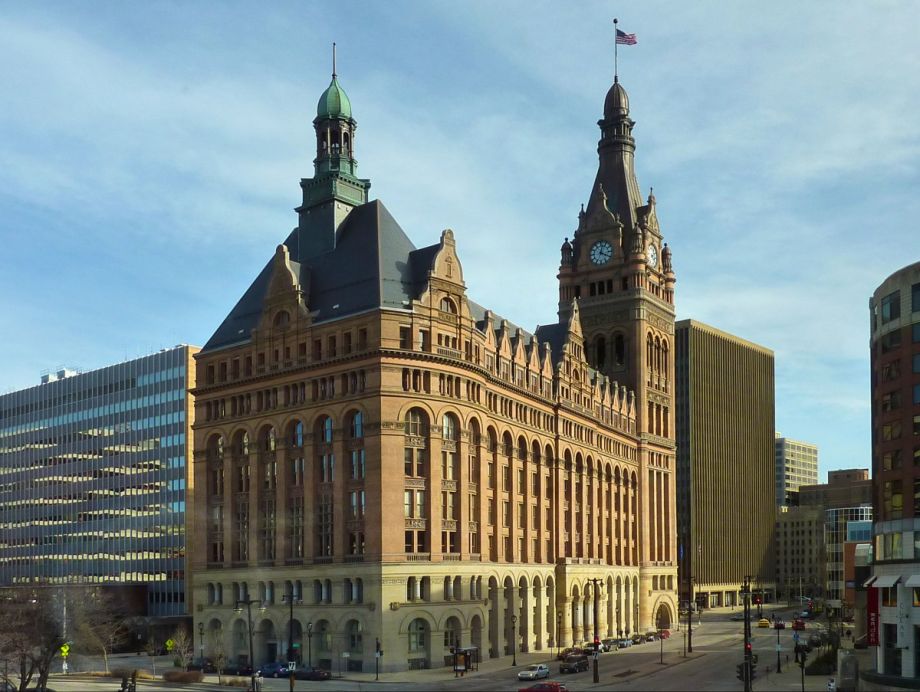 Joe enrolled in Transform Milwaukee Jobs in April 2015. A continuation of a statewide initiative launched in 2009 as part of the American Recovery and Reinvestment Act, the Milwaukee program was one of many “demonstration projects” the stimulus bill funded that are considered transitional jobs programs.

Transitional jobs programs arrange temporary jobs for people who aren’t able to find their own, while also fully or partly subsidizing the wages for that worker. The aim is to make sure everyone who wants a job gets a fair shot at one. It’s not uncommon for employers to hire workers permanently once a program period ends, or for workers to find a permanent job during or shortly after, thanks to experience and often a reference from their transitional worksite. Advocates of transitional jobs programs include the co-author of $2 a Day: Living on Almost Nothing in America.

Since 2013, Transform Milwaukee Jobs has gotten funding through Wisconsin’s federal Temporary Assistance to Needy Families allocation. Joe, like 95 percent of its participants, is an ex-offender. (His last name has been withheld to protect his privacy.) Like 77 percent of participants, he also has child support orders. But out of 816 participants over the course of 2014 and 2015, Joe was one of about 200 who got temporary placement with the city of Milwaukee, through the Compete Milwaukee partnership.

“We wanted to find ways we could connect this to public safety, to neighborhood development, to some of the things that are priorities throughout the city, using workforce development to tie all these things together,” says Leslie Silletti, who led the effort to design and run Compete Milwaukee while she was part of Mayor Tom Barrett’s administration.

Silletti and her team realized the potential in leveraging the city as the largest worksite within the larger Transform Milwaukee Jobs program. Like any city government, there are multiple career paths, and a near endless stream of work to build and maintain infrastructure and public buildings. There’s plenty of office work too, though most Compete Milwaukee participants worked outdoors. Not only could the city provide so many different kinds of work experience, it could also improve public service delivery with some extra hands on deck.

The Compete Milwaukee team began by surveying their colleagues in other city departments, to find out what kinds of jobs could be filled by transitional workers. So far they’ve come up with a number of short-term positions in six departments, including the police department (the “MPD Ambassadors Program”).

“We had a 100 percent retention rate for participants in the Milwaukee Police Department (MPD) positions,” Silletti says. “That’s unheard of in transitional jobs programs.”

There were 17 participants in the first MPD transitional jobs cohort, including a few participants from a program for young adults aging out of foster care. They graduated from Compete Milwaukee in December. Milwaukee Police Chief Ed Flynn told the local Fox News channel that the program benefits the department because it’s a way to learn more about the community and increase diversity in the police force. (Ninety-four percent of Transform Milwaukee Jobs enrollees are African American.)

Other work included inspecting the 1,100-plus foreclosed properties owned by the city, making sure they do not fall into disrepair and blight, as part of Mayor Barrett’s Strong Neighborhoods Plan. For the Milwaukee Fatherhood Initiative, participants did transitional work as community organizers. Joe found placement in the Department of Public Works, with a streets crew.

Participants worked a maximum of 1,040 hours, doing at least 20 and no more than 40 hours a week. While the wage subsidy from Transform Milwaukee Jobs only covers the minimum wage in Wisconsin, which right now is the federal minimum of $7.25 an hour, worksites may choose to pay participants above that. Compete Milwaukee participants received a minimum of $10.66 per hour. A living wage in Milwaukee for a single adult is around $10.33 an hour.

Compete Milwaukee also distinguished the city as a transitional jobs worksite by actively connecting with potential future employers to provide training and networking opportunities. They did it largely through the Wisconsin Regional Training Partnership (WRTP). Through WRTP’s signature Big Step program, Joe received the necessary training to eventually be hired at one of Milwaukee’s largest private employers as a tumble barrel machine operator making $13.06 an hour plus benefits.

Silletti says Compete Milwaukee is a model that could be continued and scaled within the city and adopted by other municipalities.

“Mentoring became an extension of a public service. People get excited by that,” she says. “Meanwhile we improved service delivery, while connecting these vulnerable individuals to career paths.”

So far, Silletti estimates about 30 of the 117 Compete Milwaukee participants in 2015 have already found permanent employment in the public or private sector. Some were hired by the agencies they worked for under Compete Milwaukee.

A few months ago, Silletti transitioned into a new role as vice president of policy and fund development for the Milwaukee Area Workforce Investment Board, which will be working with industry leaders in the region to develop transitional jobs programs as just one part of its work under the federal Workforce Innovation and Opportunity Act.