The Way We Build Infrastructure Reflects Our Values – Next City

The Way We Build Infrastructure Reflects Our Values 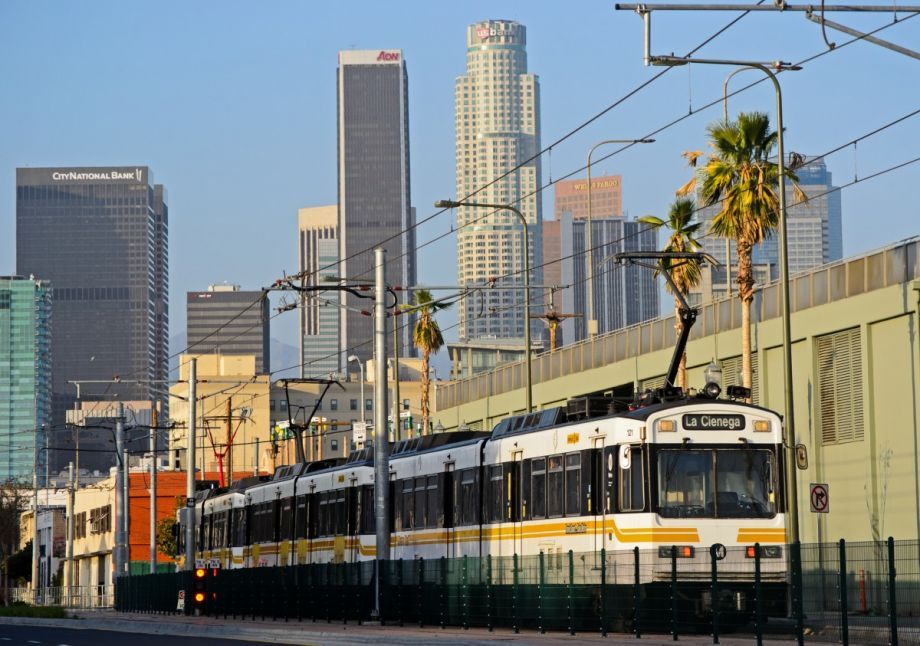 In the billions of dollars of necessary infrastructure improvements across the United States, Stephanie Gidigbi sees an opportunity. Planning as usual has left low-income people and communities of color burdened by intersecting health, access and resiliency disparities. Being thoughtful about new projects and new investment offers the chance to do things differently.

That’s the philosophy behind the Strong, Prosperous, and Resilient Communities Challenge, or SPARCC, an initiative of the NRDC, Enterprise Community Partners, the Federal Reserve Bank of San Francisco, and the Low Income Investment Fund. The three-year initiative will provide funding, financing and technical assistance to coalitions of organizations working across sectors and issue areas in six U.S. cities to ensure that new infrastructure projects don’t reinforce the patterns of old.

Each participant — Atlanta, Chicago, Denver, Los Angeles, Memphis and the Bay Area — is already planning an array of large infrastructure investments, funded through ballot-approved tax increases or federal grants. And in each, organizations are already working together to make sure neighborhoods get a say in how that money is spent. SPARCC aims to support the creation and growth of these “collaborative tables,” spaces where nonprofits, grassroots advocates, and the public and private sectors can come together to promote equitable change.

“These investments come and these places will change, and it will either become more inclusive or less inclusive,” says Brian Prater, executive vice president of strategy, development and public affairs at the Low Income Investment Fund, a San Francisco-headquartered community development financial institution. “It became very apparent to us that if you don’t plan for that growth and ensure that justice and equity are central to this conversation, then the traditional patterns of segregation, concentrated poverty and displacement will be repeated.”

In Los Angeles, where black residents have twice the asthma rate of the general population, and residents spend an average of 81 hours a year stuck in traffic and 57 percent of their income on housing and transportation, transit investment is seen as vital, and inseparable from issues of housing affordability and air pollution. So vital, in fact, that in the past eight years voters have approved two half-cent sales tax increases to expand transit and keep it affordable: Measure R in 2008 and Measure M in 2016.

“Even before Measure R happened there was growing recognition among neighborhood organizations and advocates that transit expansion could be a good thing or even a great thing for the region, but at the neighborhood level for low-income communities and communities of color it could be a potentially disruptive force and create the potential to lead to gentrification and displacement,” says Thomas Yee, initiative officer for LA Transit, Housing, Resources and Investment for a Vibrant Economy (LA Thrives), one of the groups leading the SPARCC effort in Los Angeles.

Since the measure passed, the city has only gotten more expensive, particularly along transit lines. But one thing has changed: “What we’re really excited about, we think Metro has really evolved as a partner to think about equity,” says Yee, referring to the county public transportation agency.

LA Thrives and another partner under SPARCC, ACT-LA (Alliance for Community Transit LA), advocated for Measure M, and will now have the opportunity to work with Metro to set priorities for how the money is spent and communities are engaged. Yee says doing so equitably requires looking at the whole region.

“L.A. County is a really big place,” he says. “The transit system touches the whole county.” Metro’s plans include construction sites in 24 surrounding cities. With the support and funding of SPARCC, LA Thrives and ACT-LA plan to expand their network to include advocates in other high-priority, target cities like Inglewood.

Metro is planning to add three new light-rail stations in Inglewood, while the mayor there has thrown his support behind a massive new NFL stadium. “But there’s really an absence of civic infrastructure there to really grapple with the challenges that come from all that displacement,” says Yee.

Gidigbi also sees regional collaboration, and recognition of the suburbanization of poverty, as key to SPARCC’s integrated approach. “We’re learning things in the city, we want to make sure the surrounding communities are being able to benefit from those pieces,” she says.

With SPARCC, LA Thrives and other partner organizations will also have access to capital financing, a critical bargaining chip at a time when cities may find themselves strapped for cash to implement community engagement programs — or even their planned transit expansions. Just during the reporting of this article, the White House released its proposed federal budget, which would slash funding for the Department of Transportation by 13 percent, imperiling projects approved but not yet fully funded under the New and Small Starts programs.

That includes two projects in Los Angeles — the downtown streetcar and phase three expansion of the Purple Line — and one in San Francisco, another SPARCC city. To SPARCC, the proposed budget cuts only lend credence to the fact that change will need to come from the local and regional levels.

It’s a fraught, but vital moment in shaping the future of cities. As Gidigbi notes, many major infrastructure projects were built in the 1960s, an America vastly different in some ways and eerily similar in others. While transit, housing, health and climate might not all seem to fit together at times, Gidigbi says, “they are so critical to ensuring that what we build today truly represents the values that we stand for today.”